The Thing On Biden's Wrist? It's a Rosary and Charm (Saint Medal) ...

Actor James Woods and others spread a Twitter rumor that Biden had a wrist wire  or mic.

First of all, geniuses - we can clearly see that neither candidate had anything in their ears - so care to explain how could anyone hear someone prompting them through a mic  -  on their wrist?

Especially over the leaf-blower-mouth that is Trump lol.

And don't you think if Biden was wired or mic-ed, he would've done better than he did?

Lastly, and most importantly - erm - Biden is Catholic - and it's a rosary and charm, dumb asses.

In fact, he sometimes wears two - one belonged to Beau, his son who died of brain cancer, and the other is one from his own collection.

He's said many times he wears Beau's rosary to feel close to him, which you would know, if you ever bothered to actually read his own words rather than Twitter gossip about him. 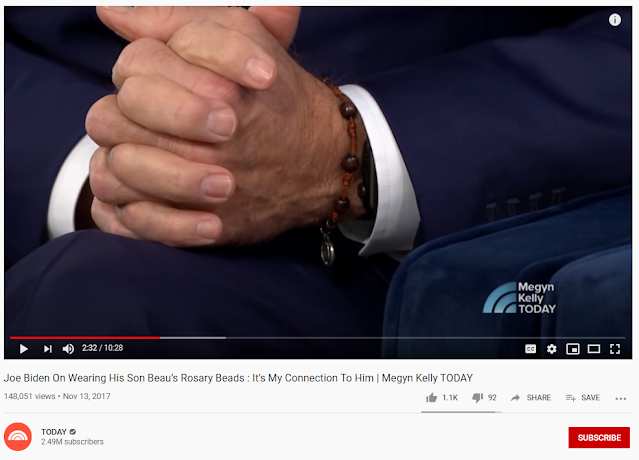 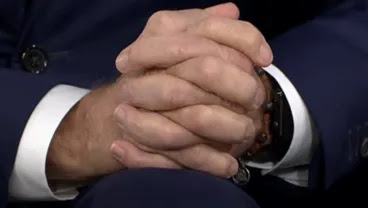 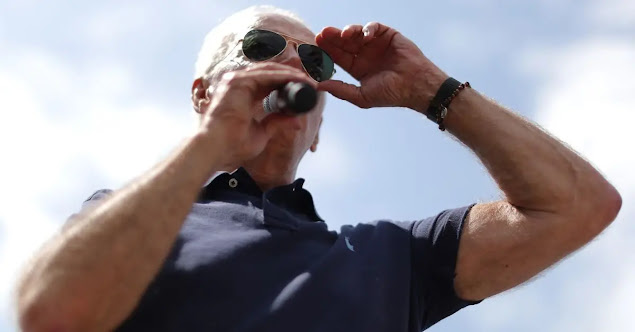 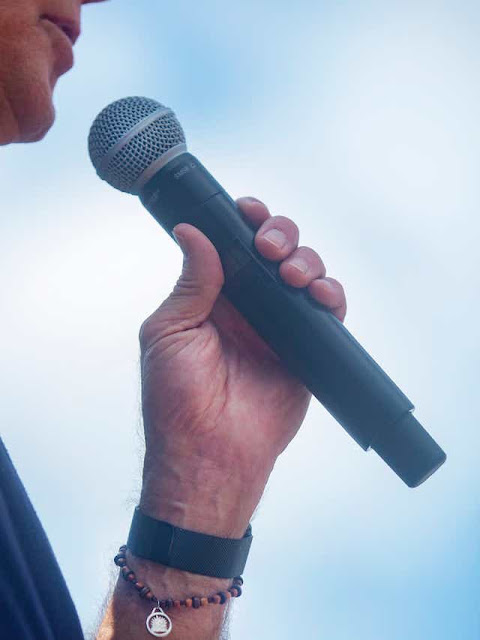 As you can see, and is typical, there's a little charm hanging off.

The charm or charms are usually of a cross and/or a medal of St. Benedict, St. Christopher, or their personal patron saint. 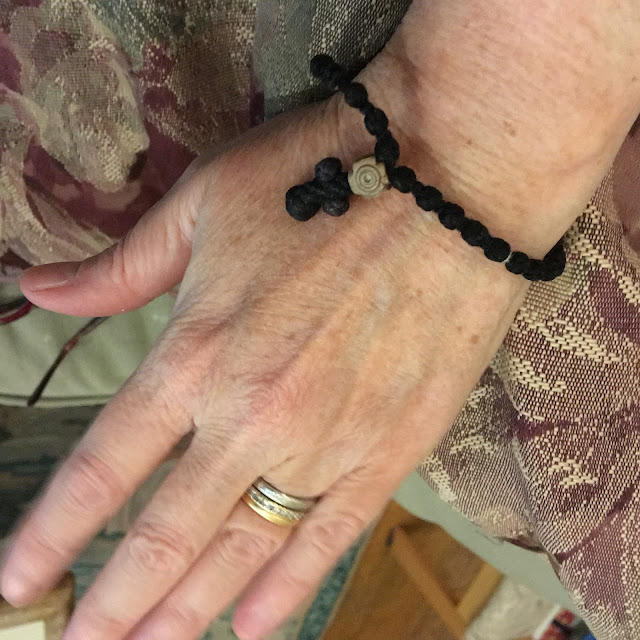 NOW what are you going to say - the rosary was mic-ed?

Again, how could he hear someone prompting him from his wrist?

Wow, I tell you what - you all are true mental giants - aren't you proud?

Seriously, fellow "Christians" - I'd be ashamed, if I were you.

I hope you feel as guilty and ignorant as you are, and keep proving yourselves to be, with your neo-Nazi nonsense propaganda.

Is that all you could come up with to say about the debate debacle, caused by Trump?

Admit it, you've got nothing - it was an embarrassing display of a flawed human being VS. a monster.

Step back and take a look at yourselves, your jumping to conclusions and your paranoia - what you're willing to turn a blind eye to and bear false witness to, for the sake of political power - it's out of control.

In fact, I wish Biden had also worn a little vial of holy water, thrown it on the Nazi, and watched him melt! LOL 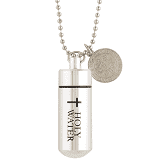