Apparently, Bill Burr Has Never Heard of Of #MeToo, nor of Harriet Beecher Stowe and Julia Ward Howe

Desperately in need of a laugh, this weekend, during my blogging break, I began watching SNL.  Big mistake.
I appreciate jokes that push boundaries and shock -  as long as they speak truth and are funny - Bill Burr's monologue did neither.

SNL, WTH is wrong with you lately?

"It should’ve been about people of color… somehow white women swung their Gucci-footed feet over the fence of oppression and stuck themselves at the front of the line."

And what have you done about it, Bill?
I mean, besides said to yourself, "Hey, I know! Why don't I put my early-balding, tone-deaf,  Gollum-faced, glorified net-troll, ignorant white-male ass on center stage, on Saturday Night Live, and tell lame jokes that pit people of color against liberal white women, as well as people of color against LGBTQ!  I can do so with impunity, because I married a black woman!" 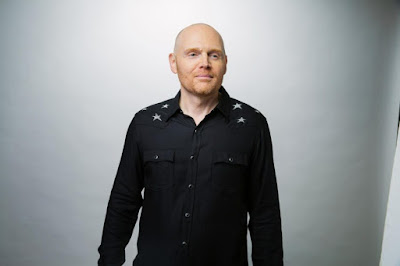 Dohkay, yeah, that'll help.
Nobody cares you married a black woman - that doesn't absolve you, and you're fooling no one.

You're still a completely tone-deaf, ignorant, empathy-less white male, clueless of what life is like for anyone else but yourself, giving a bad name to the rest of us liberals.

Gee, gaining success at the expense of other people's pain, using it for joke fodder - and that which makes you different from stereotypical white men and anyone else you skewered, last night - how, exactly?

And I guess you've never heard of Harriet Beecher Stowe (author of Uncle Tom's Cabin) or Julia Ward Howe (lyricist for The Battle Hymn of the Republic), who were an integral part of changing this nation's attitude against slavery, by forcing America to realize our "Christian compassion" had blind spots, by putting the truth about slavery and racism directly in other white people's faces?


Or that until white people are just as outraged as people of color, over the double-standard justice, in this nation, nothing's going to change?

Or that most wealthier/suburban white women actually support Trump, having no personal experience with people of color?

FYI, I've never been able to afford Gucci anything in my life.

I just have empathy for other human beings - which is something you could look into.
And with the exception of 2 white women, it was pretty much only people of color who showed me mercy, kindness and "Christian compassion" during the darkest struggle in my life - and I don't recall seeing you there, full of open heart, kindness, and mercy?

And did the  #MeToo movement completely escape you?
You think we don't have even some small clue about double-standard justice, or lack of justice, for far too long, ourselves?
And you imagine that you do, as a white male?
Dohkay :)

(Thanks for helping out those misogynists, with your BS, by the way.)

“I don’t care it’s your decision, there’s too many people. If you’re that dumb and you wanna kill your own family members then do it, it stops you from producing.”

First of all, wearing a mask doesn't just protect the mask-wearer and family, it protects everyone else in the community, too - so that attitude, joke or not, is much of the problem.
Ya know, those of us in healthcare really do care about saving lives - everyone's lives.
Even if the patients are Trumpers, even if the patients are stupid and don't follow the rules and brought the illness on themselves -  which is most people, most of the time with illness -  COVID or not.

In fact, MOST of our illnesses today are at least partially self-induced -  diabetes, heart disease, cancer - and includes even ourselves in healthcare - because none of us are perfect or make perfect health choices.
You think healthcare workers say to ourselves, "Oh, he/she didn't wear a mask and are a Trumper so we're not going to treat them and let them die?

No - we don't.
We treat everyone - regardless of whether or not they brought it on themselves, who they support politically, whether they're are grateful for the care, or whether they know or care that our care giving is often at low wage.

You ever smoked anything, Bill?

Ate too much fat, and too many carbs and sugar?

How would you like it when you end up with cancer, diabetes, or heart disease, if we said:
Well,  Gollum - erm - I mean Bill,  because you smoked, drank, and ate too much fat and sugar - you brought it on yourself - so we're not treating you and will let you die"
"We're glad you you're going to die by your own poor health choices, so that we're finally free of your schoolyard bully sense of humor, mucking it up for the rest of us on the left.  We don't claim you as a liberal, go join the Trump cult, your sense of humor is better suited there."

No - because that's not what healthcare workers signed up to do -  because we're grown ups.
(Another thing you might want to look into? What it means to be a responsible adult, role model, and celebrity.)
Otherwise, go on over to the dark side fully, the Trump side - please.


Your empathy-less sense of humor will go over better, there - we liberals don't want you - especially not right now.