Yessss, the Transition of Senator McConnell Into Evil Emperor Palpatine AKA Darth Sidious is Nearly Complete ...

Some people just asked us, considering we live in Kentucky, WTH is going on with Mitch McConnell's hands and face. 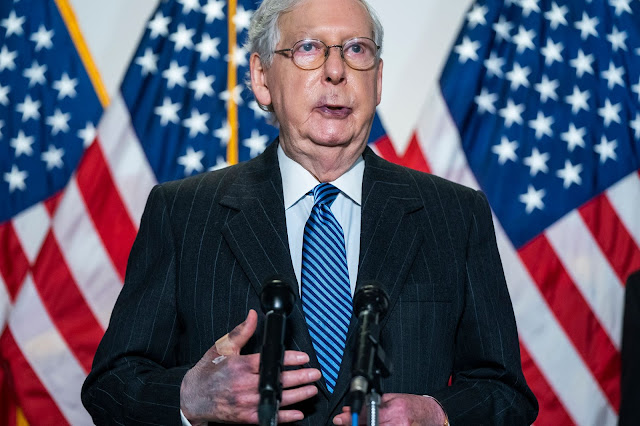 Oh, like the Chief Senate Swamp Turtle would tell us - I haven't a clue.

Cyanosis is usually caused by a lung condition, followed by cardiovascular or blood condition, or even renal/kidney issues - though that doesn't explain the bandages - unless it is renal and he's bruised from dialysis, or some sort of venous therapy?

Thus, if not one of those options, then my best guess is, considering all the evil he's done, he's completing the final transition from senator into Emperor Palpatine AKA Darth Sidious from Star Wars :)

PS - I really think we should know what is wrong with him, considering he's up for re-election in a few weeks.

He says "nothing of concern," but geez -  he looks like he's already dead, somebody heated him up in the microwave, and then propped him up, moving his hands with puppet strings.

Come to think of it, how is that any different than his usual, so never mind lol