(*Edited and P.S. added, after watching Episode I of Season 2 :) 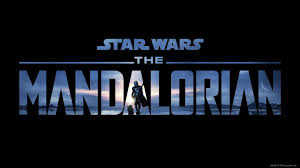 We just added Disney Plus last week and finally watched season I of The Mandalorian - it was surprisingly good.    The first episode of season 2 was released today, and we're watching tonight (and I just realized that unlike Netflix, they only release one episode per week, so no binge-watching; thus, I changed my post title.)

Though I like both Star Wars and Star Trek, I guess I'm actually more of a Trekkie, for two reasons; the first is because its technology is always based on actual principles of theoretical physics, chemistry, and biology, which they often explain to the audience.  Thus, you can see how the rudimentary beginnings today's science could one day actually exist.

Conversely, Star Wars is almost more pure fantasy, rather than science - other than the androids, we never really understand the principles behind how their technology works at all, we just find it cool, however it works - if it ever could exist at all.  And if something gets broken, they just go, "Oh, the security system is broken" lol.  Even with the droids, at most, they say, "The droid needs reprogramming," but we don't have a clue as to how a droid even works to that level to begin with.

Also, Star Wars never, ever even touches the biological sciences or modern medicine. To the point that if someone gets sick or hurt, if Yoda or a Jedi can't heal them with the power of their minds, then, oh well, they pretty much just die - almost as if they're in the dark ages of medicine, despite all that technology, which doesn't make any sense. Conversely, Star Trek clearly understands chemistry and the biological sciences - even toying with how new viruses might work and affect a human body, and how to cure them.

Having said that - clearly, Star Wars does take the lead on superior science and technology - when it comes to what is actually happening behind the scenes, rather than in the story itself.

The special effects, CAD, CGI, computer/gaming and other engineering technology they use to convince you that you're viewing landscapes, creatures, and technology that do not actually exist.

The second reason I lean towards Star Trek is getting to know the characters more in depth, over time, following their relationships long term and watching them grow and learn as people. In fact, their "prime directive" is to seek out new life and new civilizations, and just to observe and study without disruption.

In fact, to be honest, due to the above, I was almost in Star Wars burnout, over the past 10 years - also because just like the superhero movies, too many came out too fast, and I'm sad to say I was losing interest.

HOWEVER - on the plus side for Star Wars - there's a spiritual element to Star Wars that is lacking in Star Trek - which is the one down side to all of the actual science-based explaining that Star Trek does.

In fact, Star Trek leaves absolutely no room for phenomena, for the unexplained, whatsoever - no God, no ghosts, no nuttin'.  The closest they ever come to the spiritual is beings which possess personal power by greater developed telekinetic or telecommunicative parts of their brains.  But in actuality, perhaps that's all spiritual energy or "power" really is anyway - "miracles" of faith are simply science we cannot yet explain.

It is in this way that Star Wars appeals to me - Star Wars has found a successful balance between faith and science, which appeals to me personally - leaving room for the still scientifically unexplained and unknown - even in a galaxy far, far away in the future, with technology light years ahead of what we have now - and the idea that we will never know the answers to all the mysteries of the universe :)

In fact, The Mandalorian focuses on this "unexplained phenomena" element even more - in that Yoda is much like a Christ figure, with unexplained natural telekinetic power - and protecting him from the re-emerging empire is their "prime directive."

The Mandalorian marks the return of Star Wars story-telling - and that is thanks to getting four different up-and-coming directors to weave together different ways of telling a story (based on the planets they visit to hide Baby Yoda), but still somehow weaving them together cohesively.


Speaking of Baby Yoda - OMG, he is the cutest thing I have ever seen - I want one! 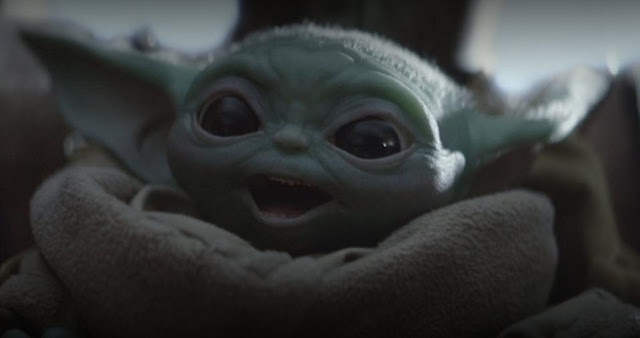 In fact, he's kind of like a little green pug, isn't he! lol

Or is that "Things pug owners/lovers would say for $100 Alex?"
Okay, but seriously - here's my beloved Snuggy Pug (who passed last March) - is there not a resemblance!?! 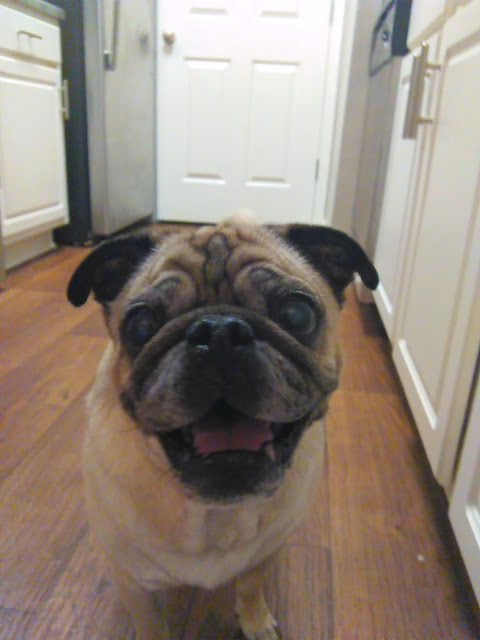 In fact, I once did a Snuggy Pug Yoda pic of him, but it came out blurry  ... 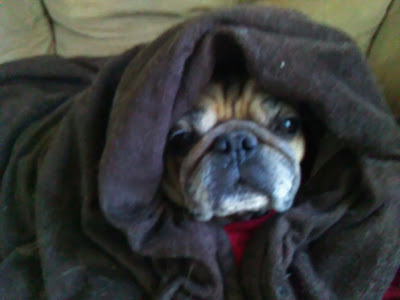 Wait, I'm NOT the only one - after I wrote the above, Mark  happened to go to his MSU Alumni site and THIS picture was on the front page!

It's a Baby Pug Yoda Halloween!

Hooray, I'm NOT the only one!

For those who haven't watched the series, it's not actually Baby Yoda - he's just of Yoda's species - and he's actually 50 years old, but still a baby in Yoda years.

The series takes place five years after the empire fell (Return of the Jedi).  I thought it was longer, until I looked it up, because Jedi were already considered mythical beings that never really existed, and the way they talk about the empire, they behave as if it's been  decades to centuries, but it's actually supposedly only five years since the empire fell?

The destroyed empire is, of course, trying to rebuild and wants "Baby Yoda" for themselves, to either harness his power, since Yodas have natural force ability - or to kill him if he won't comply - thus why they have to hide him.

All right - now after all the bragging about how surprisingly good Season 1 of this show was, of course, it floundered - at least with Episode I - totally disappointed.

Part of the appeal of this show was taking the story in new directions we hadn't seen before - and unfortunately, we've already seen this storyline - what's with the cheesy, trite Western town and marshal scene?
Don't get me wrong, I like Timothy Olyphant - and his character Cobb Vanth - and yet, helllooo - we've already seen this Western/Country story line, even this character - in fact, this particular actor, as marshal - no one signed up to watch Justified  - U.S. Marshal in Space!?! 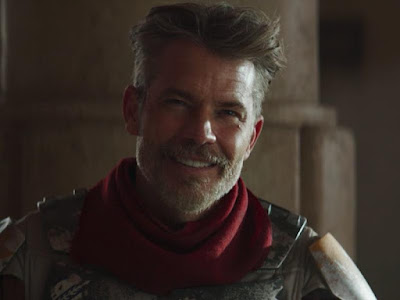 Perhaps because it's Disney and wants to keep its appeal to kids - and yet still, you can do that and still be unique.  In fact, Disney used to be all about using your imagination - they've only returned to recycling classics in recent years, which is okay - unless you recycle the classics too much - and they're teetering on the border of that.

And from there, I only have mostly negative feedback for this first episode for Season 2 - sorry.

First and foremost - SPOILER ALERT - how the sand dragon was killed?

Okay, so ... I get why he couldn't use his ship to blast the sand dragon (because it was being repaired) - but what I don't understand is why they didn't think of using one of the speedcycles, putting the explosives on it, riding on that towards it at top speed, rolling off, and letting it fly straight into the sand dragon's mouth, and then detonating it?

But no, they had to go with completely implausible high drama, despite the fact that we have to suspend our disbelief so much already -  because as I've already mentioned, one of the down sides of Star Wars is not even rudimentarily trying to explain how the technology works versus Star Trek.

Instead, he allows the sand dragon to pounce, open-mouthed, on himself and the explosive-laden bantha (poor bantha).  Assuming that they're now in the sand dragon's stomach, then flies back out of the dragon's mouth on his jet pack, then detonates it.

Okay, sure - as if we haven't suspended our disbelief enough already.

Now, you know if that sand dragon had pounced on him like that, the sheer weight of the thing would've killed him, if the bite and dragging him underground hadn't, come on. Plus clearly, the dragon's stomach acid was toxic, as he often vomited on people to kill them.

Worst of all - there weren't enough Baby Yoda scenes! lol.

Okay, I'm joking - mostly - because seriously - if you want to hold kids' attention, then go back to the Baby Yoda actual scenes rather than cameos, rather than recycle Western/U.S. Marshal stories we've already seen 1000 times?

All right, this better get better. I'm getting tired of bragging on the first season of shows, only to have them flounder or flop in Season 2.

The only exception, thus far, has been Ozark - which just keeps getting better and better.