All The Headlines Say It All ...

That's WaPo's headlines, with my local newspaper (Lexington Herald Leader) and  the New Orleans newspaper (The Advocate/Times-Picayune) with breaking news on the right (along with Variety, entertainment news).

See, there he was, bragging about "no problems" from his rallies, making fun of Biden for wearing a "the biggest mask I've Trump) had ever seen," and again repeating the same misinformation that only the elderly and those with health conditions get it, at the debate.

We knew this was likely coming, because Hope Hicks, Trump's senior political "counselor" tested positive first,  and was photographed exiting Air Force 1 just after Trump, on Wednesday, for his Minnesota rally - and neither Hope, nor Trump, nor anyone else,  was wearing a mask - and Air Force 1 is fairly close quarters. 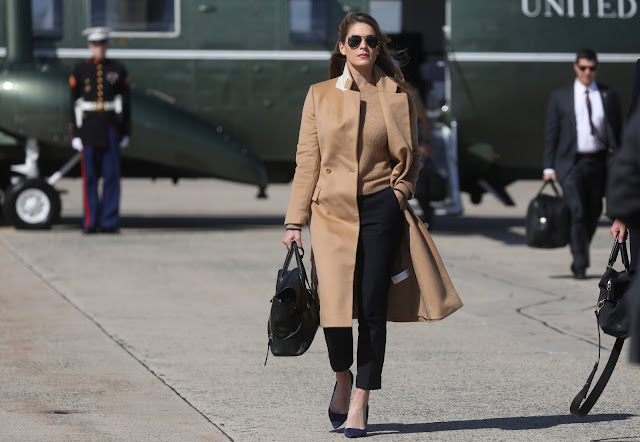 Worse, Hope was later photographed, that same day, boarding Marine One, the POTUS helicopter - along with Trump, Dan Scavino, Jared Kushner, and Stephen Miller -  as they traveled to Joint Base Andrews  - again, none were wearing masks, and the Marine One helicopter is even closer quarters. 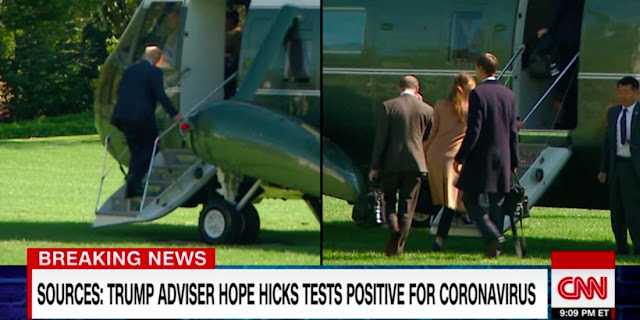 Also, he supposedly was taking hydroxychloroquine regularly as a preventative.

See?
I told ya, I transcribe medical reports for a living - hydroxychloroquine has been tried, regardless of what politicians say, and though it sometimes works, but most of the time does not, and they don't know why.

(Also, FYI - Plaquenil - which is the brand name of hydroxychloroquine - is manufactured by the French pharmaceutical company, Sanofi - in which Trump allegedly holds hedge-fund shares.)

Thus far, it seems to be the mild form, but it's early and we don't know what's true if the Trump team says it.

Regardless, he must quarantine for 14 days.

Yes,  you could still contract COVID (as my stepfather-in-law did and was hospitalized) - but this is definitely will eventually happen, if you don't.

Why not cut the odds?

PS  - Biden - who Trump mocked for wearing a "big mask" during the debate -  just tested negative  :)