A Sexist/Political Bias Test - Which is Scarier to You?

Hey - let's play a fun game to find out how sexist, politically biased and/ even possibly racist you are!  (Because this test includes all 3)

And women, you can play, too, to see how much you enable sexism yourselves! ;)

So which is scarier to you? 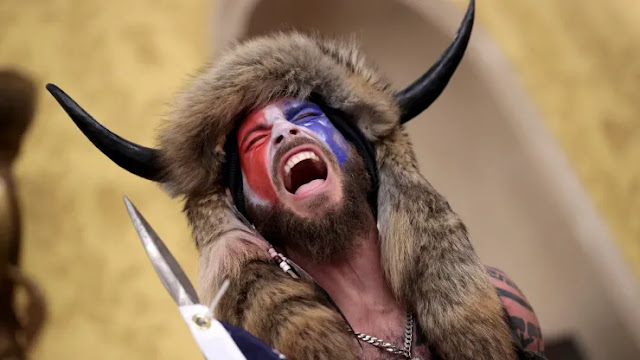 A)  A young white man - QA Shaman, Jacob Churnley -  illegally breaking in to the Capitol Building,   wearing bull horns, carrying a spear and weaponizing the flag by placing it on that spear,  letting out a primal scream, looking and sounding like some kind of wild animal. 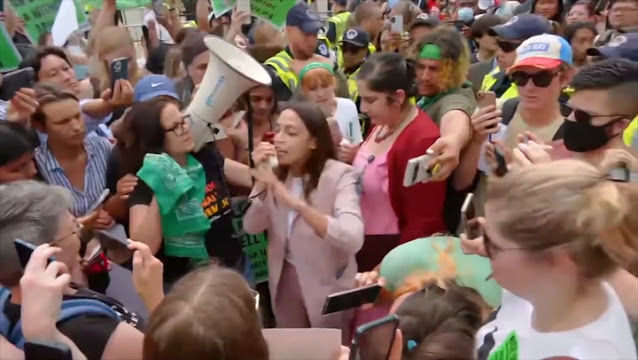 B)  A young Latino woman - AOC -  legally standing outside  the Supreme Court building, with signs in protest and chanting, occasionally using a bullhorn  so women's  voices can be better heard, wearing a pink blazer?

If you chose B as being scarier than A, what is the scariest aspect to you?

If you answered a combination of 2 or 3 of those things, let's break it down.

Which is the scariest aspect - female, Latino, or Democrat?

So if you chose B as being scarier than A, then yes - definitely sexist, as well as politically biased, because protest should be okay not only for both genders, but both political sides - if done peacefully and legally - it's what this country was founded upon.

Also, if her being Latino ever entered your assessment, then tack on racist tendencies as well.

But more than that -  if you can't see that the actions of A were terroristic and illegal forms of protest, then you ain't right in the head lol - sorry.

Again, considering cops showed up in riot gear the moment the decision was made, and the press-pushed anticipation that women would "rage" even worse than Jan 6 - which didn't happen, by the way lol -  it DOES make you wonder ...

Was this decision really about right to life/abortion - or lingering cultural remnant of the fear of/need to control women?

And again, Republicans in power wanted you to riot/insurrect, because doing so would distract from/undermine the case against Trump and Jan 6.

Good job, ladies for NOT doing this!

(Crossing fingers that no one will now lol)

Except according to Fox News, it was a "night of rage" and "chaos in the streets" - which their gullible followers will of course believe without question - despite the fact that even Fox News's own pictures and videos only show peaceful protests LOL!!!