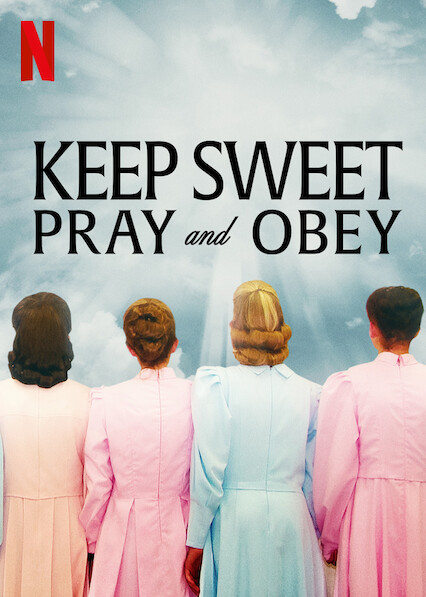 If you watched this documentary on Netflix and weren't reminded of Trump and his followers' mindset, then I don't know what to tell you.

Not necessarily the same actions (but some are quite similar), but what his followers believed and went along with, and most continue to believe to this day - despite his being in prison for the past 14 years. 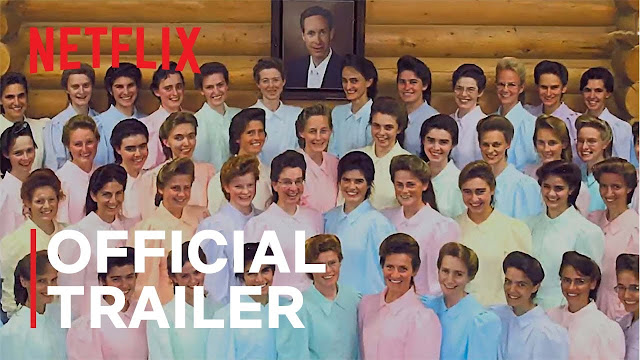 So this "prophet" of the fundamentalist reject sect from the Mormon church called the Fundamentalist Church of Latter Day Saints:

1)  Married 62 girls - often marrying himself the smartest and most independent-minded girls so he could control them or "selling" them to the most abusive of the men, telling one of them "I will break you" - as if they were horses instead of women -  so not only sexually assaulting the young girls himself, but aiding and abetting rape and abuse by other men of the smartest and most independent-minded girls.

(In fact, it was often these women "sold" to the most abusive, rapist men that escaped and became the biggest witnesses again Jeffs - which his defense attorneys, of course, used against them to say they were just "Jezebels" and vindictive types of women, who "wanted" rough sex - at 14 years old, mind you.)

2)  Impregnated girls as young as  12 years old - WITH PHOTO, VIDEO, AND AUDIO EVIDENCE. 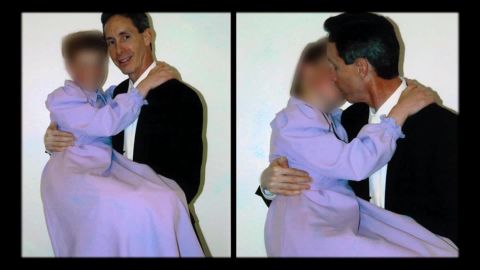 3) Traded the young girls as wives to old lechers as a form of currency.

4) Though the women already wore long dresses and no make-up, he made them cover everything completely, even in summer, and banned the color red to avoid male temptation.

5)  Kicked out any men he saw as a threat to himself - i.e. if they openly said to someone they'd not allow their underage daughters to be given to him as wives or even if they just happened to be very intelligent, successful in their business, etc.

6) Instead of giving the women of the expelled men to other men as wives, as was the custom, he instead stole their children from them to his new ranch so he could raise and control them -  leaving the now husband-less and child-less women to be depending on community charity completely.

7) Made them sell their businesses and homes and move to first another more remote place in Utah, then Texas, because he said he believed the end of the world was coming in 2002 with the Olympics coming to Salt Lake City.

(When this did not happen, he said they had been given more time to pass God's test - in reality, he was trying to hide them more and more from law enforcement).

8) "Taxed" the remaining loyalist men he didn't kick out to fund the church and a new ranch in Texas (money he used to also fund his trip to Disney World, motorcycle trips, strip clubs, bars, etc. - things he preached were "gentile" and "of the world.")

9) Took their guns away, hunting rifles or not - which are often necessary in remote Utah and Texas, both to obtain food and stave off predators like coyotes, foxes, etc.

10) Monitored the town with video cameras.

11) Performed search and seizures of their homes.

12) Used young men as slave labor to do construction projects around the country, while he raked in their profits. 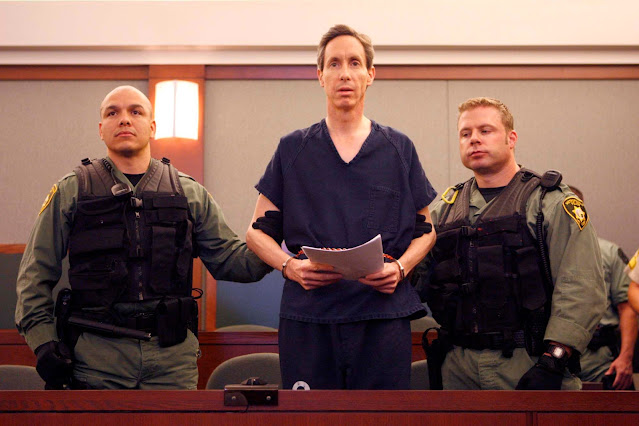 ... and despite being in prison for the last 14 years  - and still has most of his followers, who believe the government is persecuting him over his faith.

Not helping, of course, is when the men and women who had left the ranch finally came forward to tell their story, the state came in and took the remaining children from their parents. 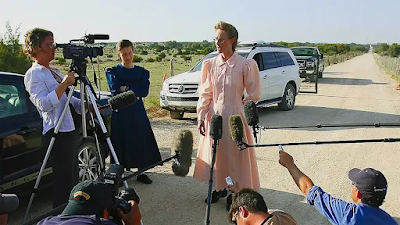 They went to the press and said only the government was taking their children, as well as lied about the underage girls thing, though one of them was the midwife and there was even a picture of her doing so with a 12-year-old new mother!

Of course, the FCDLS didn't mention that their children were already being abducted from them to Warren Jeff's  new "Yearning for Zion Ranch" without them (so Jeffs could control them completely).

Regardless, what sense did it make for child welfare to take the children away from the mothers, who themselves were victims of this system and already were having their children taken away?

I mean, I get it, the children are being brainwashed and trafficked, essentially, but the people who suffered most for this in the community were the mothers themselves, who were also trafficked.

Why not punish the men who trafficked them -  and it wasn't just Warren Jeffs - hellooooo?

And here's what polygamist-cult societies don't get - OT men didn't have more than one wife out of lecherousness or need to guide and control women -  or even just to grow in early-civilization population -  they married them because it was also social insurance.

Because just as today, there are more women than men, and the women needed to be provided for and weren't allowed to work other than sell their crafts at the consent of their husband or prostitution.

This is also why brothers would marry the wives of their deceased brothers - not (necessarily) because he lusted after them, but to care for her as his brother's widow.

(Unfortunately, if the deceased had no brothers, then she became a true widow, totally dependent on charity, like Christ's parable of the widow and mites given to the church - or a prostitute (which is why Christ had compassion for Mary Magdalene rather than stoning her.)

And before you go shaking your heads and blaming "Mormons," think again - first of all, the FCLDS were expelled from the mainstream Mormon church.

So why did it take so long for anyone to do anything about them?

Religious freedom laws - and like I said, it's not that far from evangelical mentality in America - so the biggest reason why is - politics.

People who believe like this are strong voters and donators for Republican politics - so it wasn't until two reporters from separate newspapers - one of them small town in the Texas town they built the new ranch in - and a bounty hunter kept pushing local, state, and federal law enforcement to do something that they finally did - and yet it was done in the worst way they could think of, punitive of mostly the women - and in the end, the children were returned to the mothers, who are still in the church.

What's even weirder to me is that even those that got out said the problem didn't come in until the original "prophet," Rulon Jeffs, Warren's father, died, most of them still speak of him lovingly - like he's some kind of saint for mostly waiting until the girls were 18 lol. 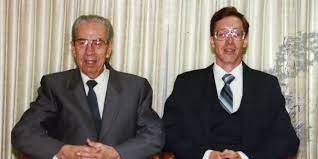 Yes, Warren Jeffs is a monster - but what kind of a culture already exists already to allow someone like that to get that much power, hm?

The same could be said of Trump - in the end, our culture was already sick - all the sickest needed was a voice and a leader :(

This is why I say, two posts below, that even if Trump killed someone and went to prison, his followers would still say the government and Democrats were just persecuting him and they were the real evil - just like Warren Jeffs' followers.

And there's nothing you can do about the cult mindset.  A few may finally wake up, as they did with FCLDS, but most won't - because it's too threatening to the psyche to about what it means about themselves for having followed a monster(s).

So as I mentioned in the post below, there may not ever be true justice, at least in our lifetimes - but the truth will come out in history.

In the meantime, we find our joy - which we're out to do today, once the rain clears - hope you have a wonderful weekend :)