New Pelly at the Park Pics! 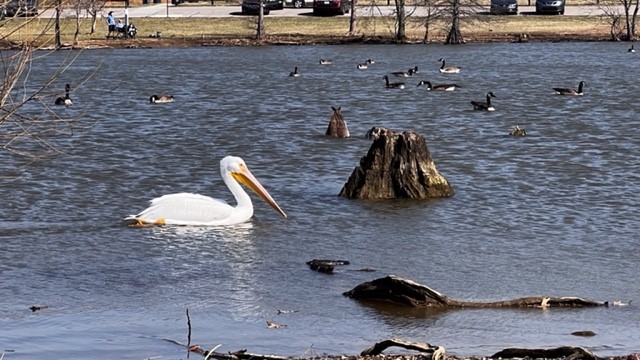 This morning, our "honorary son," B, briefly came back into town!

As mentioned in this post,  he's obtaining his master's degree at an Ivy League University in cybersecurity with a minor in Russian studies, speaks fluent Russian,  and was hand-selected by the DoD to work on a special project, based on his white paper regarding an algorithm he wrote, which has the ability to identify Russian bots and disinformation/propaganda on social media, based on analog recognition, rather than digital.

So ... there was much to talk about, as you might imagine ;)

Nothing classified, of course - but it suffices to say that yes - Putin IS the bad guy, here.-  as well as that all of Putin's posturing, propaganda, and disinformation is just that - completely fabricated BS, going to elaborate and extreme lengths to do so, under his usual, classic-criminal-mind, KGB MO -  project what he is doing onto his victims, making himself/Russia the false victim.

(You would think that a large superpower attacking a smaller country would be enough of a clue, but there are some in Russia, as well as some Trump supporters in the U.S. that prefer the false narrative -  many of them even knowing it's false, but who prefer an autocratic /dictatorial-style government nonetheless, as long as the dictator is on their political side lol.)

HOWEVER -  the good news is, within the DOD itself, both political sides are in agreement on that and unified in strategy - because the actual evidence (versus fabricated) and reality VS. Putin's disinformation and delusional narrative flip to make himself/Russia the false victim - is overwhelming.

Regardless, being that it was an unusually warm, spring-is-in-the-air day, we had breakfast on our balcony, then took a walk at the local park - and we discovered  "Pelly" the Pelican - the first sighting of an American White Pelican in Central Kentucky, taking up residence at our local park since November - was hunting for food.

B got some great pics and video of him on his iPhone 13 Pro Max, which takes great pictures and videos, by the way. 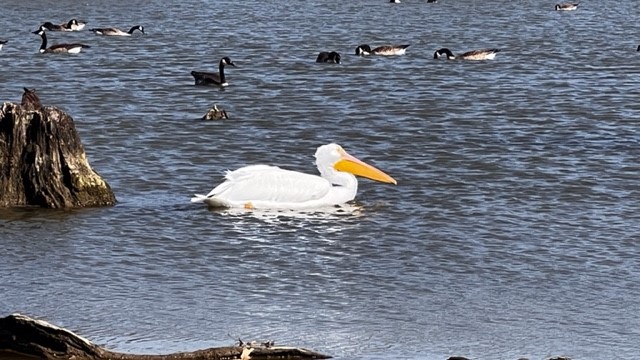 As mentioned before, freshwater pelicans don't dive and hunt for fish, like seawater pelicans, they hunt as they swim.

B also took this shot with his iPhone 13 Pro of these pine trees planted at the park the same year he was born (24 years ago). 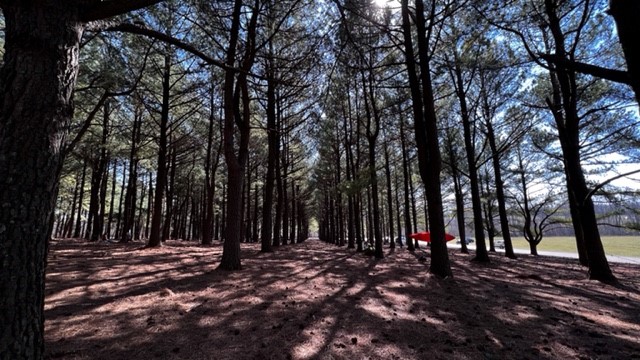 Though Lexington is pretty, with it's white-painted horse barns and matching fences - but it's also mostly pasture land -  not as many trees as we would like to see, and too many have been cut down in favor of development -  so these were planted at the park to combat that growing trend, 24 years ago.

(In fact, just this past fall, some locals staged a protest because they felt the local electric company cut down too many trees for power lines in Lexington :/)

Regardless, this is where I get my pine cones, every year, for my holiday wreaths, and B feels a special connection with them because, as mentioned, they were planted the same year he was born  :)

Thank you for the great pics, B!