OMG - Will Smith and Chris Rock - Was That Staged?!?

Will Smith just slapped the  sh*t out of Chris Rock on stage at the Oscars.

Chris Rock joked about Will's wife's shaved head, telling her he "couldn't wait until GI Jane 2,"  referring to her shaved head - either not realizing or not caring that Will Smith's wife, Jada Pinkett Smith, has alopecia -  an autoimmune disorder, which causes you to lose your hair!  :(

Then Will yelled up to the stage "Keep my wife's name out of your f-cking mouth."

Will Smith - who is up for best actor - seemed extraordinarily pissed - but was it more acting?

Because here's the thing - earlier, Oscar Producer, Will Packer, forewarned on the red carpet that there would be moments that will "confuse you ... saying, 'Did that just happen?"

To which is production assistant said, "Well, as long as the ratings are up and people are watching, then?" 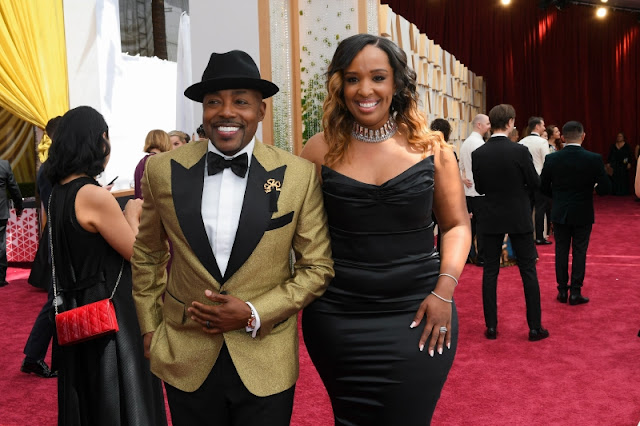 Ugh - please tell me that was NOT what he was referring to and this was staged.

I know last year the ratings were at an all time low, but my God, just when you thought the Oscars couldn't be demeaned any further - is this what our society has been reduced to, a culture of meanness as a form of entertainment?

OMG, I can just hear the racists now - not knowing this is so out of character for Will - Will Smith is seriously known as one of the nicest, most laid-back people in Hollywood - and he doesn't like to cuss, in his rap OR in his roles on screen, because he promised his grandmother he wouldn't - so this is doubly weird for him.

And what if he wins best actor tonight?

This is a disaster, an absolute disaster, on so many levels.

Chris Rock can be funny, but he can also be extraordinarily mean, in recent years.

I'm not saying he deserved a physical altercation, but the man made fun of his wife's autoimmune disorder and hair loss, he literally humiliated her in front of the entire world - for something she already feels embarrassed about and can't control!

Seriously, this culture of meanness needs to stop ...