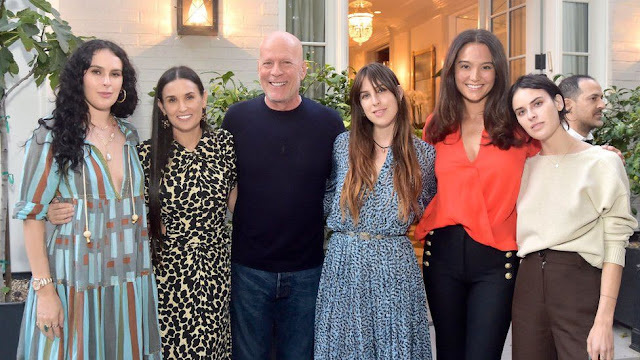 Here's a new topic Hollywood could and should be talking about - Bruce Willis stepping away from acting due to aphasia.

The inability to communicate clearly - usually speech, but it can also affect the ability to write, read, and sometimes understand language.

Aphasia is usually part of a broader diagnosis, which as of yet, we don't know, only that he had been experiencing "health problems recently."

It is usually caused by stroke or head injury, and sometimes followed by, or a precursor to, dementia.

My husband, Mark, suffered from aphasia with is stroke in 2017, but luckily was able to recover (although he occasionally gets a word wrong (but not noticeable, because we all do sometimes), but the most noticeable place is trying to write, type, or text.

Very sad news -  we hope for Bruce a full recovery, but if not possible, at least no further decline ...