In His Recent Book, "Will," He Said He Froze When His Father Abused His Mother ... 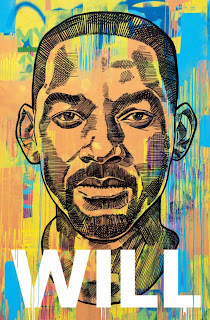 I just remembered that recently, I saw an interview after his book release, where Will Smith said his greatest shame was that he froze when his father beat his mother - and he felt like a selfish coward for doing so.

He also said that he usually gets along with people or makes them laugh to avoid/distract from problems, and that he didn't want to do that anymore.

Thus, I believe that Will's uncharacteristic overreaction was rooted in these childhood events, and what Will Smith meant when he said "Lately, I've felt I need to defend the people I love."

IMO, I believe he was misguidedly trying to undo those freeze moments from his past, Ladies and Gentlemen, trying to change his past by defending the woman he loved at all costs to himself - and that is all.

That doesn't excuse it, of course -  but it puts the incident in perspective and perhaps may quell the "narcissistic madman like Trump" overreactive outrage.

Last night, I started to wonder if something was wrong with me, if there was something I couldn't see, perhaps because of my own dysfunctional upbringing,  because even though I felt the Oscars, a childhood escape for me  - which as already hanging by a thread -  were ruined by this event, I just didn't feel quite as self-righteously outraged like so many of my fellow liberals -  especially not just at Will.

I mean, people are acting like Will's behavior was completely in a vacuum, like Chris Rock didn't joke about his wife's medical condition, and as if was some kind of innocent saint just minding his own business, calling him a "gentle soul"  a "gentleman," "professional" and a "class act - when again, Chris Rock is a lot of things, both positive and negative, but he is definitely NOT a gentleman, a class act, professional,  or a gentle soul lol.

Then making huge leaps in logic, like Will must beat Jada, too, if he hit Chris Rock, a narcissistic madman, the same as Trump and kinds of other absurd leaps-in-logic accusations that lack any proof whatsoever.

So I re-evaluated it to see what I was missing - and after hearing all sides, and considering some valid points I didn't consider  ...
I still think what I originally did - which is that Chris made a joke about Will's wife baldness due to a medical condition - which although fairly tame compared to his usual, still crossed the cruelty line - and Will uncharacteristically overreacted to it with unwarranted violence.

I still think that that both men behaved badly - but not equally - in different ways - and that both should apologize and receive consequences (though Chris Rock perhaps already received his lol) - but that consequence should NOT be stripping Will of his Oscar.

Then I realized something else about the people overreacting to Will's overreaction, and that is that most of them are - white.

Not sure what that means, but it's true - and all of this overactive white outrage sure smells an awful lot like white-fragility Karen-ness to me, both male and female Karens...