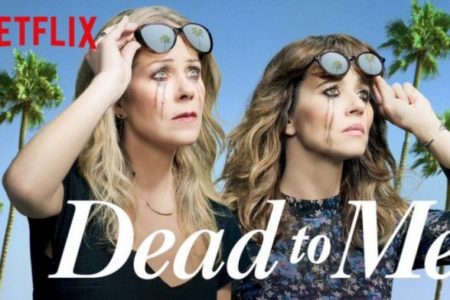 After watching Episode 1 of Season 2 - erm - forget everything I just said.

It doesn't even make any sense, after the final episode last season.

And what a soap-opera-ish way to keep Marsden's character - an identical twin brother?

Are you kidding me with that?

Critics still love it, they say it gets better and actually tops season 1 -  but as soon as I saw Marsden at the door and they said "identical twin brother," I said "Nope" and turned it off lol.

AND - I don't care to find out if he really is an identical twin brother or the original character didn't die and is just pretending to be an identical brother - it's a ridiculous plot twist either way.

Argh, what a shame - this show had so much potential, it was like watching a screenwriting master class, last year - but now I'm almost embarrassed to have recommended it, after watching the very first episode of Season 2 lol.

Last year, Mark was into it as much as I was, but no man is ever gonna watch this show, now - and I don't blame them lol.

Welp, there goes that - this series had potential at holding male attention as well as female, and not just because of "hotness factor," but based on the actual story, humor, and suspense.

They could have pulled off a JK Rowling on Netflix (not meaning the stories are anything alike, but meaning you couldn't tell whether a woman or man wrote it and it didn't matter).

However, they blew that opportunity, in the very first episode - when they decided to open the tired, stereotypical female melodrama/soap-opera can of worms.

I mean, now it's like watching Desperate Housewives (which I stopped watching after the first episode.

Critics say it gets better, but I dunno - how you can come back from that?

Once you've opened that soap-opera box way to revive supposedly dead characters, you can't put that lid back on in a plausible way - sorry.  As if all women love to watch soap-opera shit anyway.

Netflix (and box office, for that matter)?

I don't know what your problem is - perhaps you thought since you couldn't pull in views from men, for this show, you thought you'd just go with the old tried-and-true full stereotypical female-audience "soap opera" formula?

Okay, Netflix - but you've already forgotten the demographics lesson that Ozark just taught you, haven't you?

That there's a reason why Ozark was just as popular with women as it was with men.


That reason is because not all women like to watch cheese-laden soap-operas with implausible, loop-hole-ridden storylines and plots and other mindless drivel. In fact, most women don't.

We like a smart, solid story, too.  And strong female characters of different socioeconomic backgrounds and skin color.

Do we have to have these things?

No, we do not - but it does help us better relate to the story.

Helping that factor out, of course, is the fact that you added 3 contributing female writers to the 2020 writing team for the female perspective :)

And look what the male/female balance on a writing team can do, Netflix -  it paid off for you big time - your most successful season of Ozark yet, strong with both male and female audiences of any age group :) 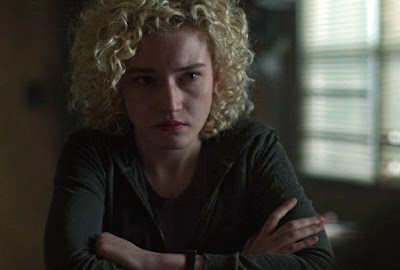 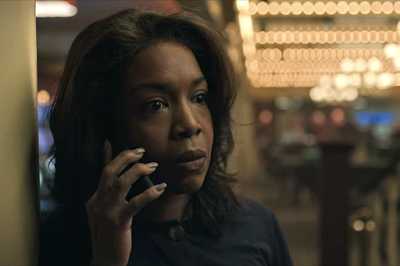 Even BS-crazy Darlene, to a certain degree. 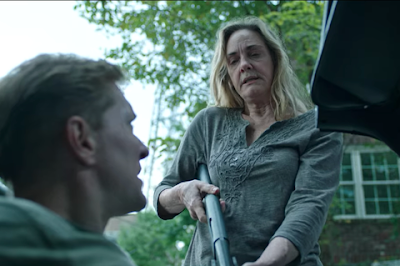 (But let's face it, they're all crazy, with the exception of Maya, who has the strongest moral code.  Wyatt being a close second. It's ironic that the most moral character to date was the only personal formally diagnosed as mentally-ill - Ben, who was bipolar - who just couldn't control his impulses when off his meds.  Everyone else is just controlled-crazy, they're duplicitous gaslighters.)

Back to Darlene, we're at least starting to understand her actions a bit more, that she's not quite as irrational, emotionally unstable, and evil as we thought.

I like to think that was the handiwork of the female additions to the writing team, because previously, it made it seem Darlene did crazy shit for no reason - obviously a male perspective -  but now we find out there's more to her, there are actually reasons she does what she does.

Don't get me wrong -  those reasons aren't at all normal and Darlene's still BS crazy lol.

It's just we're starting to at least understand her, that there is a method to her madness - it's just according to her own (skewed) backwoods moral code. She's smarter than we thought, too.

She's like trying to understand Harlan people, you have to understand their moral code first, often referred to as "mountain code."

Most importantly, we start to see that unlike the Byrdes, Darlene doesn't just order other people to end the lives and livelihoods of other people (then runs away, blaming other people and justifying it)  - Darlene at least has the balls to do these things herself and take responsibility for it.   Of course, she feels no remorse for it, but she's no coward, she takes responsibility for it and does her own dirty works lol.


Watch and learn from the male/female writing team on Ozark.

Otherwise, you're just as much at fault for lack of show success and nomination, especially when you change your storylines to fit "female" formula.

We cannot demand equal pay and more nominations while continuing to serve up the same old formula material that targets just women.

The reason men make more and gain more nominations is not just sexism, but also because we're not doing ourselves any favors by either writing fluff for just women or drudging up the same classic material for the 47th time. How many times has Little Women already been done on the big screen, hm?

When we do the same - like JK Rowling did - THEN we've truly earned equal pay.

Granted - there are still some sexist barriers to us getting there, to even having our material read/considered by production companies - but why help them out by continuing to stick to female-targeted audience formula?

The reason the first season of Dead to Me was so good was because it combined both head and heart - which is the thing female writers excel at.

I'll be honest, the fact that they took this turn, reverting us back to apparently TV formula for women circa early 1960s, makes me a little mad, but I'll get over it lol

Because someday - hopefully sooner rather than later - another woman besides just JK Rowling will figure that out and continue to break that old mold, stop following stereotypical formulas, stop targeting certain demographic audiences, and just write - throw it out there and see what demographics come, rather than "targeting" any particular demographic - just like JK Rowling did.

Can I get a witness?