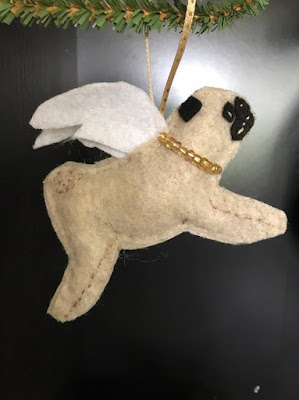 He had just turned 15 - and having degenerative myelopathy, his paws were gone and now his neck was weak, for the past week, he'd lost his voice, and hadn't eaten well for 2 days.  Then he began seizing tonight.  I tried to give him Karo syrup, in case it was hypoglycemia, considering he didn't eat but still required insulin (which I tried go gauge based on what he ate).  However, he seized again and I couldn't get another dose down because his tongue was hanging out now.

When I called the emergency vet hospital to make sure they were still open during this COVID thing, they said they were, but the waiting room is closed - to call from the parking lot when I arrived, the vet assistant would come out to my car to take him to be examined, then the vet would come out and tell us her findings for us to make decisions - from our car :(

He was fighting to stay, but struggling. He looked terrified in his eyes, but when I spoke to him, he still turned his ears toward me and settled.

I just kept telling him, "Buddy, I know, I'm here, precious - momma's right here, till the very end.  I'm trying so hard to fix what I can, but some things I just cannot fix, I'm so, so sorry. You know I want you to fight this, stay with me as long as you can, and I know you want to,  but if this is too hard, I understand - so if it's too much, you can go, precious.  Don't stay because of me, I'll be fine. Go where you can run again, if you need too. We'll see each other again.  IloveyouIloveyouIloveyou. "

The vet assistant was literally walking out the door in mask and gloves, when he suddenly looked straight up in my eyes, stiffened, and died in my arms, still looking in my eyes.  I felt his little life just leave him. Poof, gone - just like that.

There was nothing they could've done - he hadn't been doing well the past week, especially the last two days and I think I knew it was near time.  I was going to call the vet on Friday, about his poor eating, but I hesitated, both because of COVID and if our regular vet wasn't on, we feared they'd want to put him down due to the degeneration (but I swear, he was still happy as could be, despite less mobility, until I week ago).

I just keep wondering what if I did?  What if I had gotten to the vet 5 minutes sooner?

I'm not sure it would've made a difference, but still, so many what if's and feeling like I could've done more:(

At least he died in my arms, looking straight up at me - the way I hoped he would go.  And I had worried about if I caught the virus and was weak, how would he get the special-needs care he required all day, every day? But he did, to the very end.

He was given up twice before I adopted him - I just hope he knew how much he was loved?

He hung on for a year, though the vet predicted he'd lose all function by 6 months because of the adjunctive diabetes.  He proved us all wrong lol.  He was a tough guy :)

I guess I should be grateful for the extended time; time to prepare and say goodbye, and I am.  But I still feel robbed of time and wonder if it was me that robbed us of it?

At least I didn't have to put him down, in the end, that thought plagued me since he was diagnosed.  Like ALS, they're minds are fine, they just progressively lose all body function, and I was constantly worried about how would I know it was the right time. I guess the combination of diabetes and lack of mobility decided for me.

But he was happy, still wagging his tail, still loving his food, and nuzzling on me until about a week ago.

Oh, my precious, precious angel - I loved you so SO much, I just hope you knew that.  I miss you so much already I could scarcely bring myself to walk through our door without you.

And I wonder, where did you go? All that energy that sustained you past the time predicted, where does it go?

And you were so upset if I wasn't in the room with you every second, since the day I brought you home - will you be okay without me with you?


Thank you for being a part of my life, precious one; you truly were a comfort angel, and I tried my best to be yours.  I hope I was even half the comfort to you that you were to me  ... 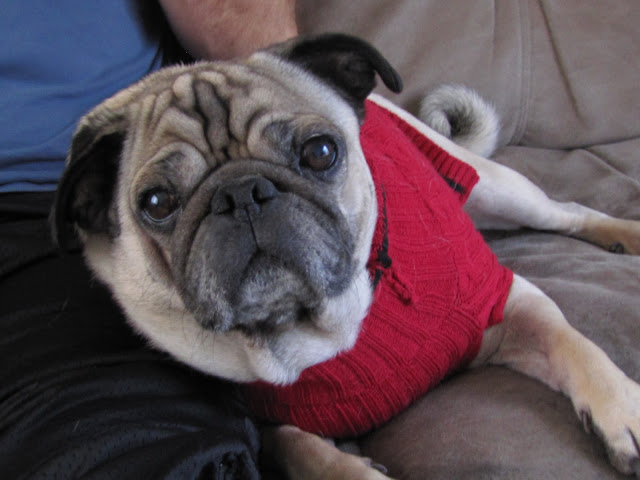 
PS - The world feels even quieter and scarier right now. I can't explain it.  There was something about him that just made the world feel a little safer, a little better.  Like it didn't matter if the world outside fell down, as long as he was on my lap with me in here, everything was going to be okay   ...

PPS - My beautiful friend who I've known for many years, said these wonderful words of comfort today.

I told her all of the "what ifs" I'd mentioned below that I wished I'd done.

Trying to remember, all is a bit fuzzy right now, but she said something to the tune of (paraphrasing).

"Noo, stop this, be kinder to yourself. Those words are not yours, those are scripts left, curses spoken over you by other people.  You did NOT cause this. And as for being a momma, let me just say, I loved my Mom, but I wish my mom had the characteristics you have."

"It's normal, to say to a certain degree, 'What if I had done this differently? Is this my fault? They were looking for me to save them and I didn't' - but you take yours further to, "I'm a bad mom and bad person, aren't I? Just tell me the truth" because your family conditioned you to blame yourself for everything, so they didn't have to take responsibility for themselves.

"In fact, Chrystal - this is God answering your prayer.  Because if you HAD gone to the vet on Friday, or gotten to Animal Hospital just 5 minutes earlier, he would've died on a sterile exam table in front of total-stranger emergency vets, because of COVID-19 restrictions - without his mommy and dad anywhere in sight, having to sit in the car outside."

"God answered your  prayer, Chrystal - Snuggy died the way he was supposed to, in your arms, looking straight in your eyes, and the only way for God to answer that prayer was to have it unfold like it did."

"Amen, M - I believe that, too. I have never seen a better momma, she adored that dog and he adored her, they had a very special bond. That's why he stayed past prediction, he didn't want to leave her. She knew what every look on his face meant and ran to him if he even whimpered."

"But she won't listen to me because she thinks I'm just telling her what she wants to hear. Well, she thinks everyone does, who doesn't beat her up and blame her for everything, like her family.. She keeps continuing the family-scapegoat abuse on herself for them, though years gone now."

Now it was my friend essentially said amen.

After having that shitty life earlier, can I just take a moment to say how blessed am I now, compared to then, to have such a wonderful husband, spiritual mom, and comfort angel of a dog in my life?