Lots of rumors going around - Chinese bioterrorism, former psychic predictions - none of which actually help anyone, of course, even if true.

First of all, let me start by saying - again - no, I do not believe this is Chinese bioterrorism or political bioterrorism otherewise - and if you believe that based on zero actual proof at all, then you've been reading too many Dean Koontz novels.

And if you've ever taken microbiology or virology, as well as epidemiology, you wouldn't think so either.

Of course - but highly unlikely - here's why.

Now, let's just all take a deep breath, stop looking for someone we can blame (which won't help solve the problem), and start using use our brains and actual logic, shall we?


1.   If anyone had the kind of biotechnology to "create" viruses, the same technology would enable us to have the kind of knowledge to know how to cure viruses, including the regular flu, even common colds - but we don't (with the exception of hepatitis C).

2. Why would any government create a virus that affects their own people first, killing 6000, or even affect their own country eventually, considering every country has now been affected - that would defeat the entire concept of biological warfare?

3. Acts of bioterrorism are intentional, political acts of war - therefore, someone usually eventually claims responsibility for it, even if anonymously - because true, intentional political bioterrorism sends a message - they either want something or it's revenge - and no one has, despite ample time.

5.   Of course, accidents happen - and though accidental bioterrorism leakage may be more probable than intentional bioterrorism,  an accidental leakage of a bioterrorist agent is still highly unlikely - because again - no one truly understands virology yet - if we did, we could cure most viruses in general, but we can't - only hepatitis C.

6.   Contagions aren't created in Wuhan or at the CDC (those agencies aren't allocated the money that you think) -  already-existing disease is researched and epidemiology is tracked at those locations.

*IF* governments created bioterrorism agents, those agents would most likely be under military jurisdiction -  not public health jurisdiction.

Why would any government mix their biological warfare agents in the exact same institution as their public-health facilities, risking contamination?

They'd either have to be incredibly stupid or want to destroy themselves - which would defeat the entire point of biological warfare?


Thus, the most likely scenario - based on at least some evidence we already have - is that after it's discovery, it was sent to the health-science lab in Wuhan for study and research, when either there was a leakage or safety precautions were not followed properly.

Then, as we know, the Chinese government did not take the leakage seriously enough, at first, to stop it (which we can't fault them for, because our governments did the same thing until Italy) - but by then, it was too late.

*However* since that time, China has actually done a very good job of handling it since and slowing the spread, using a model our countries have since followed because it proved effective.

Thus, IMO -- *IF* -- if it were intentional bioterrorism - which again, I highly doubt - it would more likely be some lone psycho, or very small posse of psychopaths who either hate people in general and did this randomly or felt slighted by someone either in some imaginary way or overreacted to a slight - just like internet psychopaths.


Now, those other viral doomsday rumors:

1.   Bill Gates predicted this (some say caused it) - FALSE. 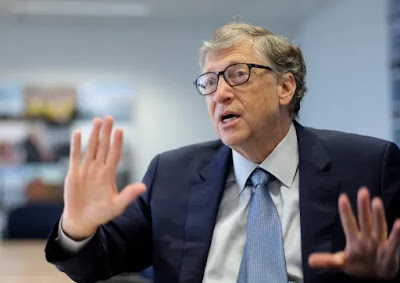 Bill Gates has been predicting an epidemic for some time and preparing for it - but he's a numbers guy - and lots of smart, stats  people have predicted it - because statistically, we're actually overdue.

Also, never forget -  Bill Gates has always been a better marketing guy than a numbers guy - and he is, as we speak, reveling in having the world's extra attention.

2.  Dean Koontz, while researching for his 1981 novel, "The Eye of Darkness" - in which a deadly biochemically engineered-in-China virus, literally called the "Wuhan Virus," kills thousands - stumbled across evidence they were working on a biochemical weapon - FALSE 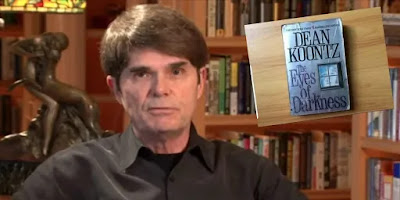 Okay, first of all, what many people don't know is that Wuhan is the health research and epidemiology center of China - much like our CDC is, here in America.

Dean did his homework before writing the book to find that Wuhan is their health research center, that's true - but even if he hadn't admittedly made it up, the story would be inaccurate anyway, because it is highly unlikely that bioterrorist agents would be created at a well-known public-health research facility, rather than a  lesser known military lab.
And if that were true, that Dean Koontz had a an almost 40-year heads up on COVID-19, then he had enough knowledge to either be ruling this planet, by now, in a maximum-security prison, or dead - but he isn't lol.

Oh, and there's the pesky fact that Dean Koontz swears he made it all up based on Wuhan being like our CDC and has no psychic ability whatsoever  lol.

And for those saying terrorists got the idea from him?

Again - no one has the technology to "create" viruses - if we did, we would've been able to cure even regular cold and flu viruses, by now, but we can't.

3. This next viral rumor was of course spread by Kim Kardashian - the now-deceased psychic Sylvia Browne predicted this in her 2008 book "End of Days:  Prediction and Prophecies for the End of the World" before her death - HALF-TRUE. 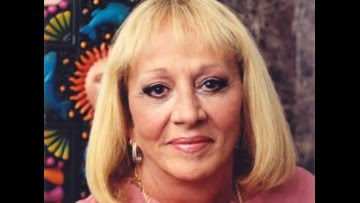 Here's what she said:


"In around 2020 a severe pneumonia-like illness will spread throughout the globe attacking the lungs and the bronchial tubes and all known treatments," Browne wrote. "Almost more baffling than the illness will be the fact that it will suddenly vanish as quickly as it arrived, attack again ten years later and then vanish completely."

Okay, granted, she got the year right and that it has to do with the lungs - but it's actually not "pneumonia-like," although pneumonia can become a complicaction.

In simplest terms, the virus essentially doesn't cause the lungs to clog, like pneumonia does, per se - the lungs essentially just become so inflamed they stop working properly.

However, someone not in the medical field might interpret it like that, so that's why she gets some points.

Because let's not forget this is the woman who otherwise lost all credibility due to the following:

1.   In 2002, Browne informed the parents of 11-year-old Shawn Hornbeck, who had disappeared earlier that year, that "he had been kidnapped by a dark-skinned Hispanic man with dreadlocks" -  and was now deceased.[18][19] Hornbeck was found alive in 2007; his kidnapper was Caucasian and short-haired.[20]

2.  In November 2004, Browne told the mother of kidnapping victim Amanda Berry, who had disappeared nineteen months earlier: "She's not alive, honey." Browne also claimed that Berry was "in water", and that she had had a vision of Berry's jacket in the garbage with "DNA on it".

You may recall Amanda Berry, along with two other girls - was actually found alive in 2013 - in the basement of a psycho in Cleveland - two months after her mother died, believing her daughter was dead, because of what Sylvia Browne said :(

Okay, granted, if there are psychics, they have bad days - but that's a pretty bad day, and a pretty bad record overall - and especially heinous that she pronounced it truth so emphatically to the mother.

And even if her prediction was true - she says it disappears quickly - so there you go, Sylvia Browne says it goes away for 10 years, will come back, and go away again - so what are you worried about? ;)

In fact, though I am open to psychic belief - understanding that there are different psychic abilities and no one is ever 100% correct - I AM skeptical of "famous" ones.

Thus, I looked back at 2020 predictions by famous psychics, and guess what?

No famous psychic predicted this.

The closest any of them came was Jeanne Mayell, who said a health crisis would affect Trump's presidency in either late 2018 or 2019 (but the way she worded it made it seem like a personal crisis. 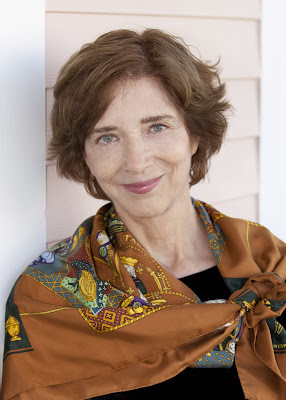 Apparently, she's always a bit vague like that -  too vague - but she comes the closest, I guess, and to her credit, she admits herself that she doesn't know how to interpret the images she receives, that she can interpret the symbolic/metaphoric/allegorical images very incorrectly, so she has to be careful with the predictions she makes.

For example, for the 2016 election, though a Clinton fan herself, and despite every other famous psychic predicting Clinton, she said most of her images predicted a win by Hillary, but not all - enough to find them concerning - and therefore did not elaborate on making a conclusive prediction because she straight up said she wasn't sure/didn't know.

Regardless, let's do realize all of this speculation (that some confuse for information) is useless at helping us be prepared, protecting ourselves, and healing, right?
By Chrysalis at March 28, 2020