The Kenosha Shooter/Domestic Terrorist is a 17-Year-Old, White Trumper ...


I have waited to mention this until we were sure, and we are - Kyle Rittenhouse, 17, was interviewed by conservative news publication, The Daily Caller, moments before he shot 3 protesters, killing two of them.


Below is the video of him Kyle Rittenhouse shooting protesters from behind, as they walked down the street.


Note that Kyle was running with an assault rifle - which is illegal for a 17-year-old -  behind the marching crowd, after they passed him.

The protesters were not facing him, he was to their backs, and there was no property destruction there - proving there was no threat to life or property.

Thus, it is questionable to "stand your ground/castle law" and self-defense would apply as legal defense.


When he stumbled and fell, bystanders - possibly including a member of a news crew - took that opportunity to rush towards him to tackle him, fearing for their own safety from a possible active shooter/domestic terrorist.

Then he opened fire, shooting three of them.

Thus, if anyone can use "stand your ground" law as a defense, it would be the bystanders who rushed him to tackle him to stop a potential active shooter/domestic terrorist.

Additionally, I do not care what Jacob Blake was being questioned for by police, or what he was suspected of  -  an unarmed man does NOT deserve to be shot in the back four times, in front of his young sons, who were waiting in the backseat of the car in high heat, with the windows rolled up -  by cops who imagine themselves both judge and jury, denying due process of law - when there were other ways of physical subduing and obtaining him, which they are all trained to do.

I also do not care if a knife, gun, mace, pepper spray, taser, slingshot, nunchaka, tranquilizer dart gun, ninja stars, a cap gun or a Nerf  gun were found somewhere in his car, later (that we have zero evidence that he would've used) - unless any of these items were actually pulled out as a weapon against the cops, that is irrelevant.

Lots of people carry a knife or firearms in their glove compartments - in fact, that's how most people roll, both Republicans and Democrats, here in Kentucky AKA "Guntucky" lol.


Again, to be clear - I do not condone violence or destruction of property of any kind - but I DO support peaceful BLM protests.

Also, once again -  if the lawlessness of  beating, choking, and killing of unarmed black men by racist cops - who imagine themselves judge and jury, and  reach for that gun first, despite training using other methods -  was adequately addressed and given consequences, there would be no need even for peaceful protests.

Until the lawlessness by cops is finally and adequately addressed, we will likely have continued protests, which may escalate/increase to "lawless" violence in the streets.


I also support the NBA's decision not to play in protest of the shooting of Jacob Blake - and I was hoping some athletics associations would finally take this step.

I don't blame people of color for not wanting to entertain America anymore - because America unfortunately doesn't love them back :(


PS - No, we're not going to blame the left and say that Kyle Rittenhouse was some sort of "Manchurian Candidate" for the left trying frame the alt-right, this time - because there is too much evidence to the contrary.

If you believe crazy conspiracies like this, all you've proven is you've seen far too many movies and drank too much Trump Kool-Aid.

Because in fact, the opposite might be true - it is Trump that is propagandizing/brainwashing young minds (and Baby Boomers) to believe that it is only people of color, non-Christians, LGBTQ, and Democrats who are violent and want to do them harm - just as Hitler was able to convince the Nazis that Jews (and Catholics and LGBTQ) wanted to do them harm.

In fact, here is a screen shot of Kyle Rittenhouse's TikTok page, where he posted a video on January 31st, at a Trump Rally in Iowa ... 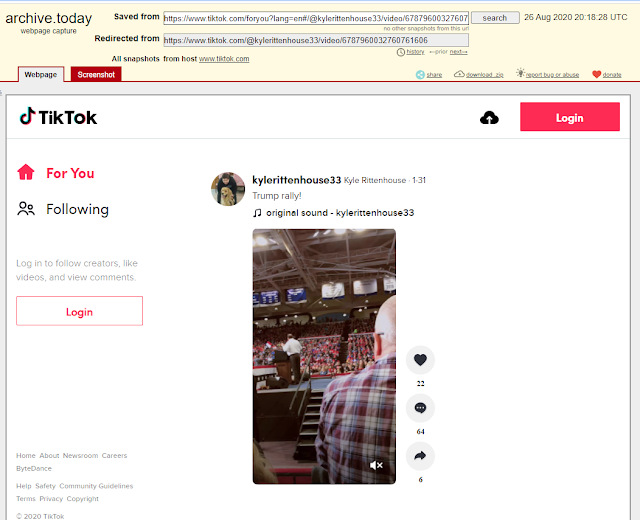 This prompted a search of video footage, provided by CSPAN, of that rally - confirming Kyle Rittenhouse was present, in the exact position behind the podium, from where "KyleRittenhouse33" posted his video, on January 31st. 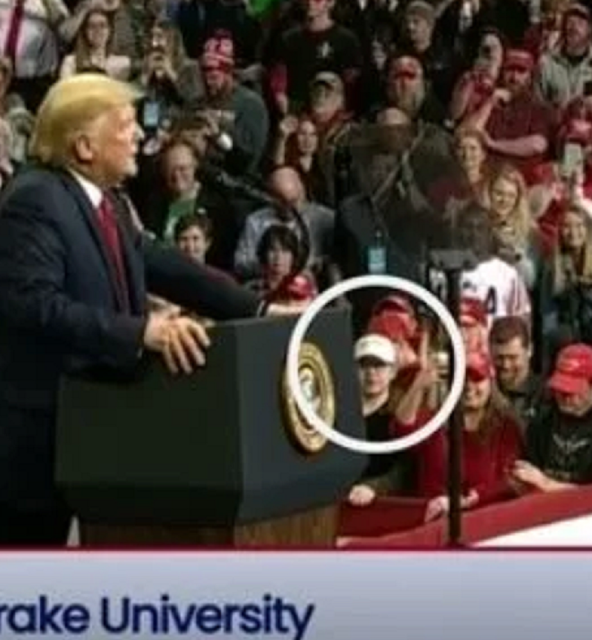 Compare it to other photos of Kyle, wearing glasses - it's a match. 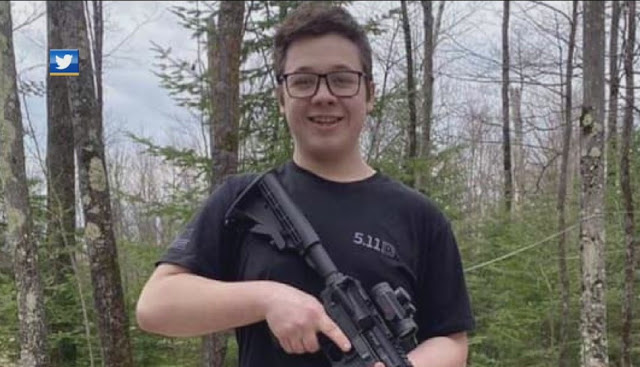