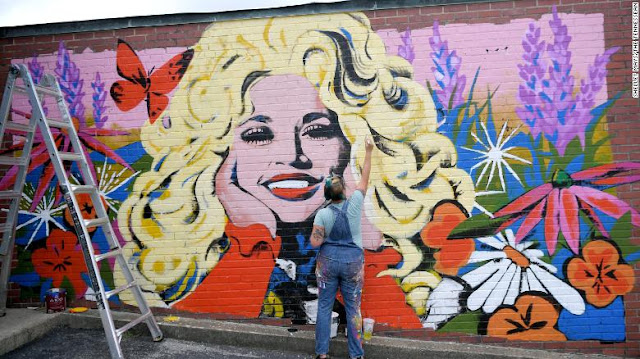 In addition to her music, her business savvy, and over OTT glam, Dolly Parton is also well known for her Christ-inspired kindness and generosity.

For example, after the 2016 Gatlinburg forest fire, she personally gave every permanent resident of Sevier County $1,000 a month for several months, until businesses and homes were rebuilt.

But until three days ago, her politics have remained a mystery.  She often appeared to give hints with her songs and movie choices, and being very supportive of her LGBTQ following and gay impersonators; but at the same time, she appeared momentarily irritated while standing on stage with Lily Tomlin and Jane Fonda during the 2017 Emmys, commemorating "9 to 5" in the age of the #MeToo movement. 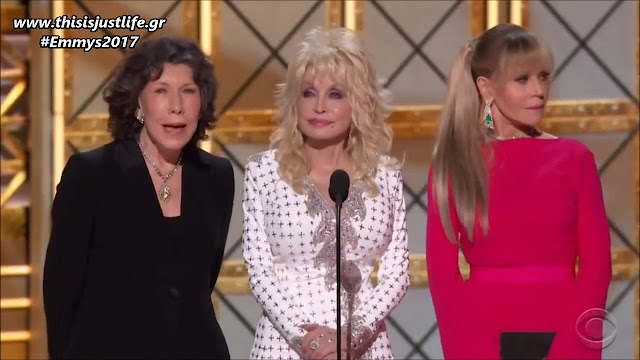 Her very presence gave us a hint - but when Jane and Lily called out President Trump, she seemed taken aback and irritated, explaining later that she thought their presence was enough of a supportive message of #MeToo and women, and that she didn't like to get directly political - half her fans were Republicans and half were Democrats and she didn't want to alienate anyone.

TBH, her Dixie Stampede franchises have always bothered me.

However, I understand that she was actually trying to be inclusive of everyone - and I didn't realize that she changed the name and the themes in 2018 (which she discusses below) to "Dolly Parton's Stampede."

But I can't be too hard on her, because we all have had a moment of not recognizing systemic racism when we see it and a moment of confronting our own cultural bias, no matter how "woke" we think we are.

However, what has always been clear is that she puts her interpretation Christianity - the compassionate, loving. merciful, grace-extending nature Christ, before politics and/or business -  or more accurately stated, she chooses to reflect her interpretation of the true nature of grace-extending and loving nature of Christ in her politics and business.

And after George Floyd, Dolly just shocked the world and finally taken a political stand in a new article in Billboard Magazine that includes unstereotypical cursing!

Excerpts from the article ...

“How can she appeal to so many different kinds of people who we’re told should really hate each other, but they all agree on her? That’s really the big question that we tried to figure out," says Jad Abumrad, host of WNYC Studios’ nine-part 2019 podcast Dolly Parton’s America.

“We talked to these fervent Dolly fans, from Appalachian queer kids to Brooklyn hipsters to [conservative] people in the South. Everyone sees her as theirs.”


“I say this with humility and as someone who is not a believer: There’s something very Christ-like about her.”


That has never felt more true than in 2020. During the pandemic, Parton has also taken on the role of comforter-in-chief: She donated $1 million to Vanderbilt University Medical Center’s COVID-19 research fund, recorded handwashing videos and bedtime stories for children, released a soothing new song called “When Life Is Good Again” and offered social media pep talks about standing together.

Over Skype, she is warm and quick to crack a joke, decked out in full Dolly glam: a flowing blond wig with bangs and tendrils, a custom-made, high-collared black top with gold buttons running along the side.

Yet she becomes gravely serious when she talks about her mission to make as many people as she can feel as good as possible.


“As the scripture says, ‘To whom much is given, much is required.’ So I look at my life with that every day and think that God expects it of me,” she says. “I expect it of myself, and I think people expect it of me. If I can be an inspiration, then I want to be that. That makes me feel good.”

In 2018 she renamed her Dixie Stampede dinner attraction Dolly Parton’s Stampede as she became more aware of how hurtful the term “Dixie” and its associations with the Confederacy could be — perhaps because of a 2017 Slate article that cast a critical eye on its rosy, family-friendly depictions of the Civil War.

(At the time, the Dollywood Company said it was also eyeing an international expansion and noted that “Dixie” wouldn’t translate abroad.)


“There’s such a thing as innocent ignorance, and so many of us are guilty of that,” she says now. “When they said ‘Dixie’ was an offensive word, I thought, ‘Well, I don’t want to offend anybody. This is a business. We’ll just call it The Stampede.’

As soon as you realize that [something] is a problem, you should fix it. Don’t be a dumbass. That’s where my heart is. I would never dream of hurting anybody on purpose.”


The change came two years before the police killings of unarmed Black Americans like George Floyd sparked a reckoning with systemic racism in the United States — one that led country acts such as the Dixie Chicks and Lady Antebellum to change their names to similarly avoid glorifying dark chapters of history.

Parton hasn’t attended any recent marches, but she is unequivocal in her support of protestors and the Black Lives Matter movement.

“I understand people having to make themselves known and felt and seen,” she says. “And of course Black lives matter. Do we think our little white asses are the only ones that matter? No!”

This is perhaps one secret to Parton’s widespread appeal: Just because she wants to be for everyone doesn’t mean she doesn’t stand for anything. Offending as few potential customers as possible is just good business.

But when Parton explains the philosophies that drive her life and career, her answers are hardly corporate.


“First of all, I’m not a judgmental person. I do believe we all have a right to be exactly who we are, and it is not my place to judge,” she says. “All these good Christian people that are supposed to be such good Christian people, the last thing we’re supposed to do is to judge one another. God is the judge, not us. I just try to be myself. I try to let everybody else be themselves.” 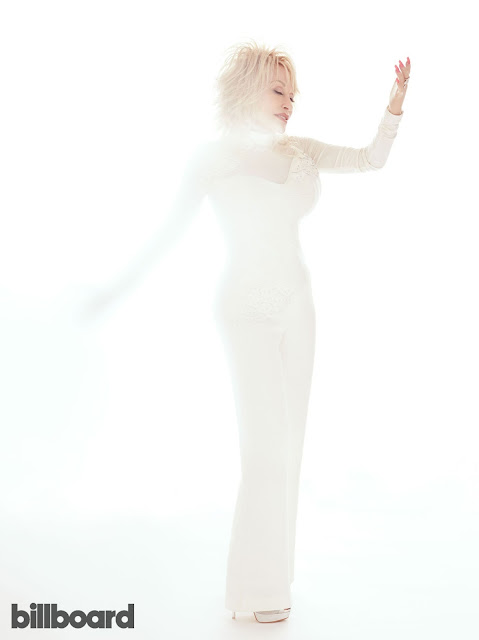 Amen, Dolly - a true Christian, you are, and we are all better people for it - thank you :)

As a result, artist Kim Radford painted a mural in Nashville, Tennessee, in her honor :)

Also, for those unaware, Dolly has an international campaign to donate books to children to promote literacy called "Imagination Library."  That website can be found here.