Chauvin Charges Were Just Upgraded from Murder 3 to Murder 2,; Three Other Officers Charged with Aiding/Abetting Murder


Yes! Thanks be to God, still in the hearts and minds of so many who've been praying for justice for George  :)

Like I said in this post - it was murder 2, at the very least (see that post for the differences in charges and how Minnesota law differs from most other states).

Sorry the little dudes in this meme are both white, but it's all I could find to best illustrate this verse, in this case - hopefully you'll get the idea anyway :)


We gotta not only seek fair justice, but lift up, and give voice to, those without a voice, or those wrongfully denied a voice - just like Jesus did  :) 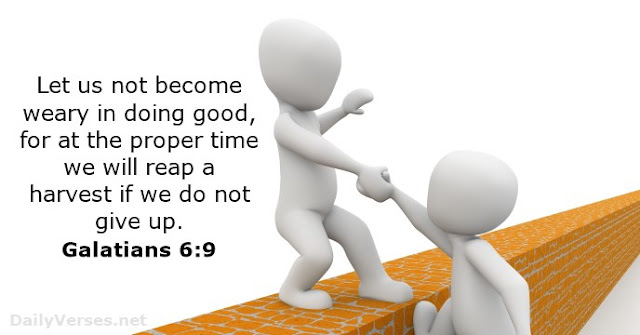 Thus, I know this image is graphic, but we can't forget it as we go along - and we need to keep people looking at it, despite their  discomfort, until we start to see some real, sincere and sustained change - not just new laws or new consequences/oversight, but hearts and minds ... 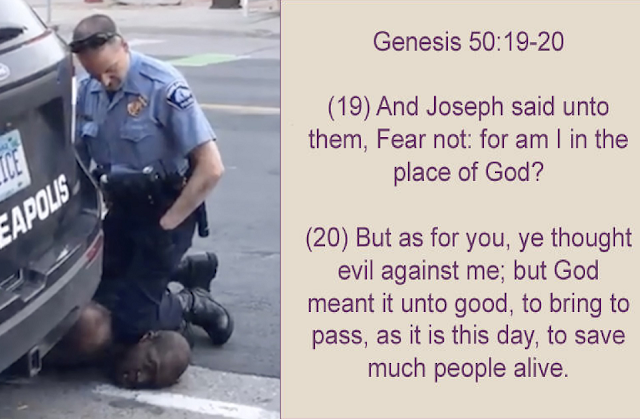 The American insistence and refusal to face facts about ourselves, or even talk about our past honestly, is exactly the thing that keeps us in the past and this country from healing - it keeps enabling a broken, dysfunctional system.

Often,  having experienced this myself - the thing we refuse to do is actually the thing that heals us :)

Thus, THIS time, we're not going to deny racism exists anymore, refuse to talk about our racism in the past or currently, gloss over it, pretend like it didn't happen, "move on/let it go!" just because others demand us to, because they're uncomfortable.

Though it's true that "rehashing" and "dwelling aren't healthy" - neither are ignoring, denying, pretending, dismissing, and minimizing are even unhealthier and worse - it only enables the problem to continue and causes resentment to grow.


You can't "rehash" something that has never been heard and properly addressed in the first place.


In fact, no issue has ever been resolved by just demanding/screaming at people to "Move on!" or "Let it go!"


If America is big and brave enough for war, then we're big and brave enough to take it on the chin - allow, and maturely handle, hearing the separate experiences of others, face the truth about ourselves, our failures, and our wrongdoings, and take responsibility for them - without making excuses, projection, deflection, further bullying to shut them up so we don't have to look at it, and/or blame the victim - especially just because they could take no more and shouted and demonstrated the equivalent of: "Stop it, that's enough!  No more!"

We finally need to learn to just deal with the consequences of our prior choices, and we should apologize and make amends as many times as it takes, and for however long it takes.

Because the fact is, there never has been justice, making amends, or restitution for their slavery, segregation, and continued  racism  - we just keep adding insult to injury - and we have a few centuries of injury to make amends for.


Only then can everyone properly heal and move on.

Resolution usually requires, at the very least, discussion.  And by that, I mean, a discussion towards resolution, where both parties are heard without bias and without victim-blaming.

Refusing to discuss the past at all is what stops all progress towards resolution, resentment only grows, and we're doomed to repeat the problem.

In fact, the true victim of a situation will never demand or scream at others: "Just move on!" or "Let it go!"

Because likely, they have let it go and tried to move on already, a thousand times - they've tried to change direction, but unfortunately, you keep doing what you're doing, the exact same way, again and again - so now it's your turn to try a new direction.


In fact, demanding somebody else to "Just move on!" and "Let it go" is typically a dead giveaway they're either the bully, or they're enabling and protecting the bully/bullies - either out of fear of the bully/ies themselves or fear of them losing some benefit the bully provides and being bullied themselves - and they don't want to have to look at that truth ;)

Sometimes people say these things in a loving way, that you should move on  for your own health, out of concern for you -

However, you can tell the difference, can't you?


"I'm really worried about you, not being able to get past this, it's consuming you. And you're talking to a brick wall with these people, they're not going to listen and all you're doing is allowing themselves to claim they're a victim of YOU.. How can we find another route and how can I help?"

If it's the latter?

Then you know that's about helping you and out of concern for you,  that's about concern/helping themselves ;)


On, those occasions, what "Just move on/Let it go!" really means is:

"Shut up and give up - I don't want to face the truth and I don't want anyone else to find out the truth, either. So do what I say and pretend along with me and there won't be trouble. " ;)


Then you really should move on, because you're hitting a brick wall - but only with that person (and any enablers).

But don't give up in general - find others who will listen :)

IMO, the victims should always be who decides when justice has been fully served, when there's been resolution and restitution - they should get to decide when it's time to move on.

On that note, for George Floyd ...

I am still so sorry for everything you went through - and we are doing our best to not let you die in vain and seek justice for you and so many others suffering under the current justice system. I hope God lets you see us trying, as well as that some unprecedented, good, unifying things are happening, in this country, as a result.

I know God won't intervene in free will, he promised he wouldn't - but God can turn something horrific into something beautiful, some wonderful change - if we allow him to :)