As you know, I am a confirmed Episcopalian since 2007.

We are are comprised of largely educated, mostly leftist Christians, with a few right moderates -  who did not vote for, nor do we support Trump - because we believe virtually everything Trump says and does is contrary to the actual teachings of Christ and done for money, power, and popularity.

We also believe in actively being stewards of Christ, and servants of our fellow man and this earth.

In fact, we are committed to social justice as part of our church doctrine.

Thus, because our church has not supported/criticized Trump, Trump and the GOP have vilified us as 'CINOs' and "Demonrats" and "Demrats."

So, like most other Episcopalians, I was more outraged with Trump's ordering of dispersing tear gas to remove the crowd in front of St. John's Episcopal Church ... 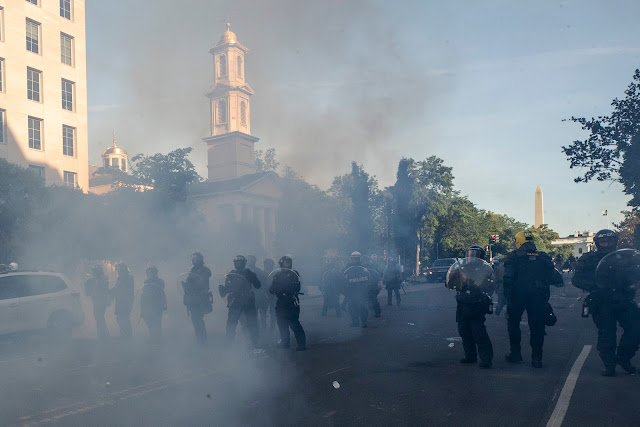 ...  just so he could take a selfie of himself, in front of OUR burned Episcopal national church, using it as a prop ... 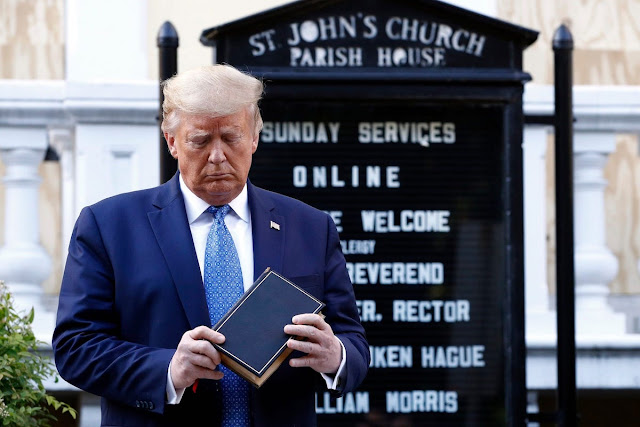 ...  than I was with the church burning itself.


AND - he was holding the bible upside down in most of the photos, until somebody pointed it out?!?

(If that's not a metaphor for what he's done to Christianity, I don't know what is lol.)

I agree with Bishop Marian Budde when she said, "Everything he has said and done is to inflame this violence."

Oh hell, no - how dare you tear gas protesters, just to clear space for you to take a selfie  - using MY burnt national church as a prop?!?

Especially after you've vilified our church and us leftist Christians as CINOs and Demonrats!

If you're going to go out among the people, you should be walking with, praying with, and hugging them, like my city's priests and actual police force is doing (see below post) - because it's working!

Thief in the temple?

Before somebody chases you out, with a whip, like Christ did :)