Yesterday, while Louisville police laughed at Louisville's mayor, Greg Fischer - calling him a "goof" for requesting independent investigations for both Breonna Taylor and the protest shootings -  here in Lexington, we had an open forum - while wearing masks and gloves (those able to obtain them, they're still scarce, here), despite most Kentucky restrictions on social gatherings being relaxed on May 22nd.

Mayor Gorton, the city council, and police listened to the people speak of Lexington speak at an open-mic Q&A forum :)

One law the police side mentioned was the gag order on police to not speak publicly about internal investigations until formal charges are made and/or 48 hours, whichever comes first - because it looks to the public like a cover-up and defense of the accused officer, though it's just following current state law.

Also, for whatever reason, Lexington does not have a citizen review board for police actions like Louisville does (not that it helped, in Breonna's case) - so that is something we're (supposedly) going to be working on.

Lt. Jonathan Bastion spoke and reminded us that sometimes, police hands are tied due to bureaucracy and antiquated law, and they are just as frustrated as we are, when it comes to prosecuting other cops  - and that what may look like defense and cover-up to the public may actually be just following current-but-outdated law and due process.

It was a very peaceful, mutually educational Q&A session, from what I've been told - and we are in hopes that local politicians and police will keep their promise and push for state law reform and a citizen review board for Lexington.

And once again, we have had no riots, no shooting, no fires, no looting, no national guard.

There was a tense moment, last night, when a police unit showed up in riot gear, despite nothing but peaceful protest for 6 days, and the crowd began chanting, "Why are you in riot gear?"

*HOWEVER* - from my understanding, through a friend - this was NOT because of the protesters, but because of a few anonymous tips to the LFUCG, claiming white supremacist groups would arrive soon, particularly coming up from Eastern and Western Kentucky?

That has not happened yet - and it's possible the claims were false or pranks - but police wanted to be ready in case they weren't ;)

Regardless - what explains the dramatic difference between the outcomes of the Louisville and Lexington protests?


It is NOT because we have 'better' people here in Lexington than in Louisville.

It's because Lexington PD had a different approach.

Though the national press hasn't noticed this much, yet, because they're still only touting the horrors instead of the positives - particularly Trump-supporting, right-wing press (racist-enablers) -  we got nuttin' but love, here :)


The fact is, the cities where police have presented themselves as a public service to the people - making  clear they are protecting the right to peaceful protest, hugging, kneeling, and praying with the protesters - have fared better than cities where police have met protesters in riot gear and with force - coming in from the beginning with shields, batons drawn, and gas masks, as if they are ready for battle. 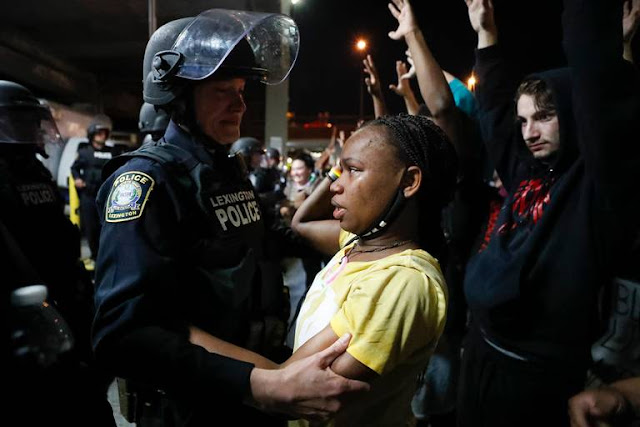 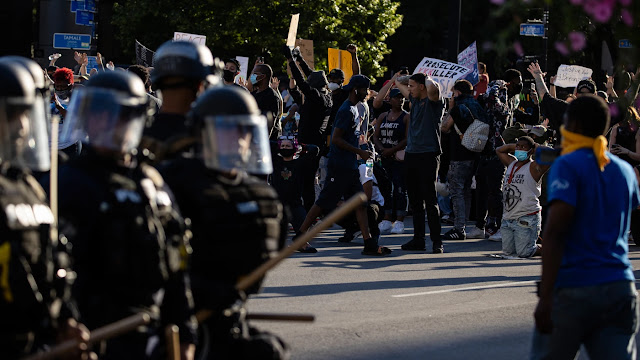 Again, I cannot give enough accolade for this to Police Chief Lawrence Weathers :) 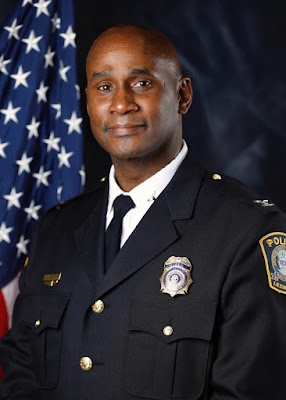 However, there are other cities who have done the same: Flint Michigan, some precincts in Kansas City, Coral Gables (Greater Miami), Florida, just to name a few.

Though the national press may still be mostly touting the horrors, I hope when the tear gas clears in this nation, there will be an analysis, an examination of the different police approaches, and how successful the "protest protection" approach was, which several cities used that it will gain national attention and better come to light nationally as successful intervention :)


PS - I would also like to point out something else I'm proud of, that's been lost on most of the media - particularly Trump-supporting, right-wing media (racism enablers)  - and it's actually the only thing Louisville and Lexington apparently had in common.

Though social restrictions in Kentucky have been relaxed nearly completely as of May 22nd, most protesters still choose to wear masks and gloves during protests in Kentucky - both Lexington AND Louisville :) 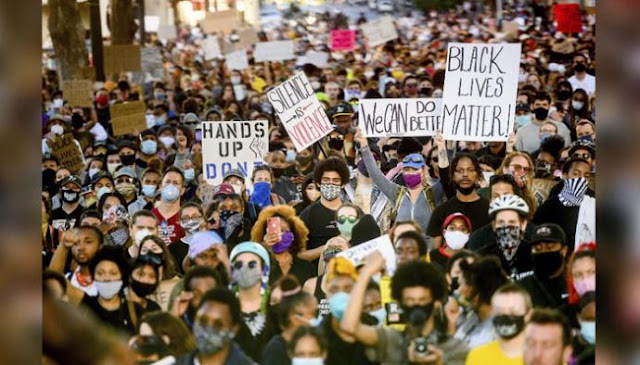 I'd also like to state again that Mark and I are unable to protest because of Mark being especially at risk for COVID-19 due to health issue - and that I DO think people should've still kept more distance, despite masks and gloves - but I understand how this became difficult.

Mark and I have been active otherwise, in other ways, supporting justice for George Floyd  ;)

And yes, by the way - despite social restrictions being officially relaxed in Kentucky - we, too, still wear masks and gloves when we are in public and respect the 6-feet rule and though open, we still do not dine in, at restaurants, either ;)

I love the new argument from Trumpers: "But.. but ... I thought you were about social restrictions, Democrats?"

Not only are they failing to mention that most social restrictions on social gatherings were relaxed in Kentucky (and most other states) on May 22nd, but there's this  ...

So ...what exactly is your argument, anyway?


Or is your argument we should defy (now expired) government social restrictions for prayer inside a church, but not outside, in the streets?

Lol, listen to yourselves.

Well, I guess you all had to find something to say, because you know you can't defend the indefensible - regardless of how lame it is and clearly without thinking it through, first  lol.

Of course, you could condemn Chauvin's actions, like non-racist Republicans have done - but I guess that's out of the question - because you're not big enough people, are not capable of empathy, and, well -  you're racist.

Again, Trumpers - you really should've learned this by now - please starting thinking for yourselves and thinking before you speak?

Because even if you don't care how socially irresponsible it is, you would think you'd care that you constantly present transparently circular logic, which always seems to come back on you in hypocrisy,  quote people you don't even know on Twitter, and then you just end up looking even more foolish than you already do lol.