Let me just start out by saying this post was inspired by listening to the Weather Nation people stumble over and butcher the name to an embarrassing degree, so many times that I finally just turned it off lol.  And I just think it's an odd name choice for a tropical storm anyway.

Weather people at the WMO?

I love you, but if you actually are going to have the audacity to name a violent, destructive tropical storm after a peace-loving, martyred Mexican saint who opposed armed conflict - whose name is the Spanish word for the name 'Christopher' in English (which means "(male) Christ-bearer," mind you)  - the least you could do is pronounce it correctly?

'Cristina/Christina' are the feminine forms.  And the reason I know this because my own name, Chrystal, is a further conjugation of the feminine form, which means "fair Christian" - and all of these names are derivatives for types of Christians, based on the Latin/Greek words  "Christus" and "Christos."

Like THAT name wasn't a lot to live up to, growing up? lol.

I think my mom was either expecting an evangelical televangelist or a redneck stripper, I'm not sure -  but clearly, I was a great disappointment either way lol. :)

Oh well, if nothing else, I don't think my Mom was quite prepared for how seriously I was going to take the "being fair" part of my name, seeking equality and fair justice ;)

Now, I'm sure that my fellow liberals at the WMO in climate science were well-intentioned, when they made this decision and trying to be inclusive - but that just goes to show you how clueless even our own white-privileged liberals can be.

Because doing so is actually simultaneously insulting both Spanish/Latin culture and their largely Christian/Catholic faith.

For those unaware, St. Cristóbal Magellenes Jara or St. Christopher - is a very popular saint, in Mexico and Latin America - considered a Christian martyr during the Mexican revolution.

Though he was anti-armed conflict, he was falsely accused of creating conflict with the Cristero armed revolt, and thus sentenced to death, absolving and forgiving his executioners before his death - and it was later discovered that in fact, he had nothing to do with the armed revolt. 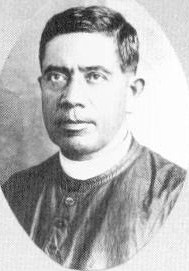 So ... considering the current political climate ... do ya think it might be just a tad inappropriate and counterproductive to name a violent, destructive tropical storm after a Mexican saint, who was famous for opposing violence and anti-armed conflict, whose name also means "Christ Bearer?"


Also, there's a reason the accent is over the "O" in the name Cristóbal - and that reason is because the correct pronunciation of this name is "Khrees-TOE-buhl."

You can get away with "Khrees-toe-BUHL," in some Spanish-speaking cultures.

However, "KREES-ta-bahl" is completely unacceptable, anywhere - and that is how most weather news people are pronouncing it :/

Nevertheless, prayers going up for the NOLA/Mississippi area, particularly the poor  - I think they've experienced enough :(