Jesus, The White-Washed Ancient Roman Empire, and "Antifa" and a Copy of My Comment :)

I'm not working this morning (will be later) and thought I'd take a look-see around at various blogs, articles, etc.

I found a curious comment, at the blog site of a group of people formerly openly known (and self-named) as members of the "Albion Alliance."

FYI, an "Albion"  refers to a person from Britain, with the prefix "Albi" meaning "white" of course in Latin and Italian - which of course proves Roman language influence - not Briton.

(And no, I'm not kidding - about 10 years ago or so, they tried to sign everyone in the blogosphere up to join the  Albion Alliance lol.)

You sure about that?

Because historical scholars aren't sure, actually, what color of skin either the Greeks or Romans initially had.

Roman artwork is actually hit and miss - it's difficult to determine, because they often interbred with so many cultures within their empire.


Because let us not forget, before the Roman Empire occupied Britain (43 AD to 410 AD), they had already occupied Northern Africa for about 200 years (since approximately 146 BC)..

Thus, Romans interbred with dark-skinned Moors (Muslims of Egyptian, Arabic and/or African descent) - resulting in the darker skin that we can see remnants of today in stereotypical Italians :)

(*Although not all Italians are dark skin dark eyes, especially in Northern Italy, much like in Northern Spain.)

And it may not actually be that Romans were white - but that we have shown racial bias/preference for more "white-featured" Roman artwork.

For example, even though "white-featured" Roman artwork became erroneously synonymous with the Roman Empire and gained more world attention, like this statue of Augustus ... 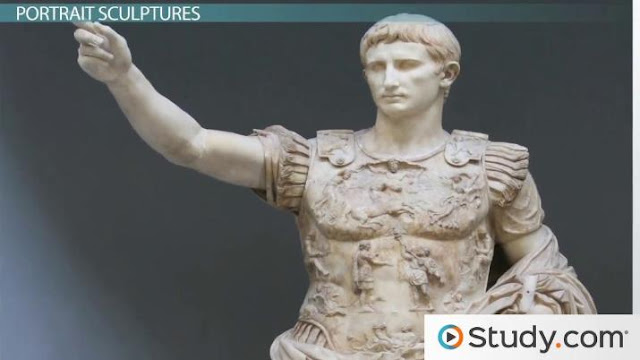 ... the fact is, most 1st century Roman-Empire artwork actually depicted even wealthy Romans looking more like this ... 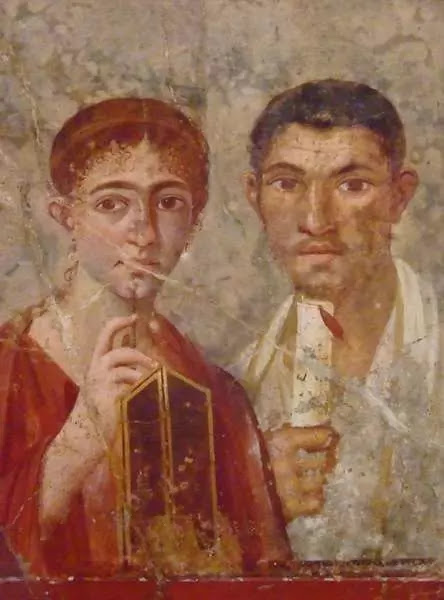 Note the dark red/auburn hair was frequently seen in artwork - which is suspected to be the color of "true" Roman hair ... 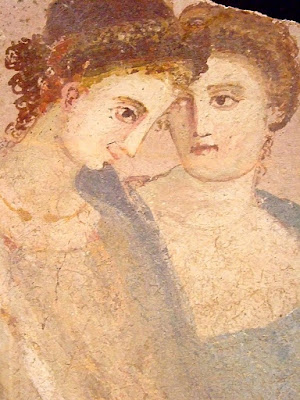 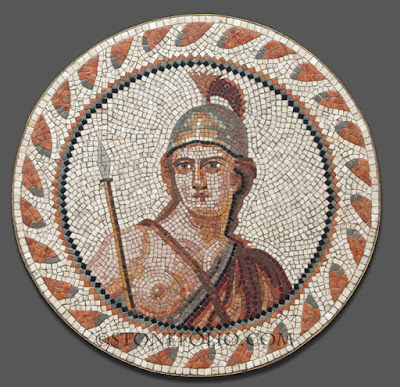 However, no one is sure if they were chosen because of preferred beauty, at the time, or that was "stereotypically" Roman;  regardless, dark eyes and medium to medium-dark skin.


And in fact,  most Roman artwork adorning homes, who wealthy enough to have a portrait done, depicted Romans with dark brown or black hair, eyes and medium-to-dark skin color  .... 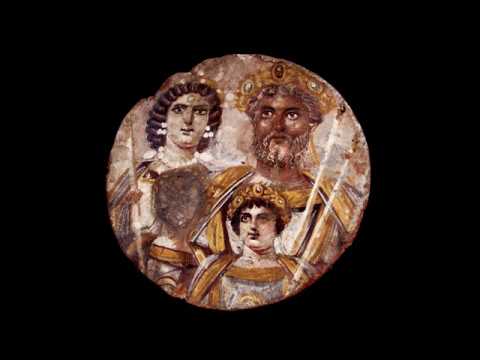 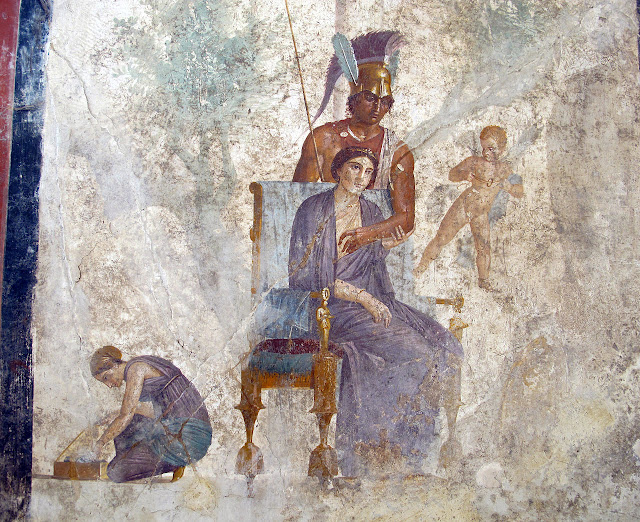 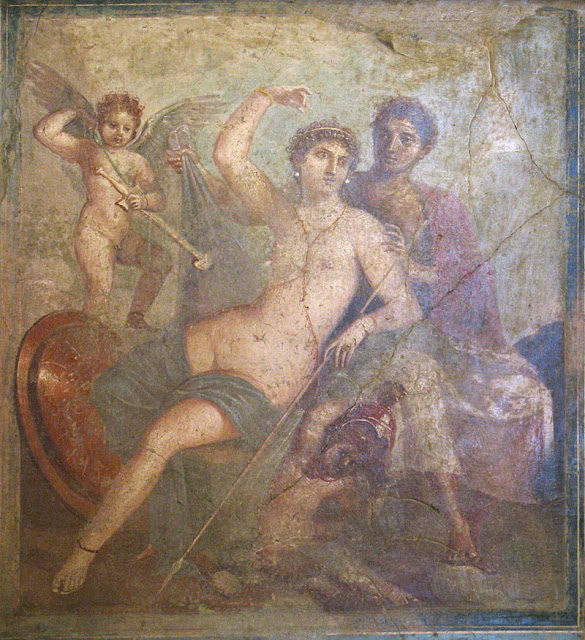 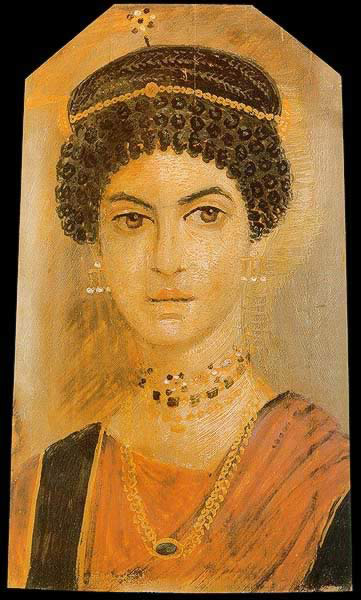 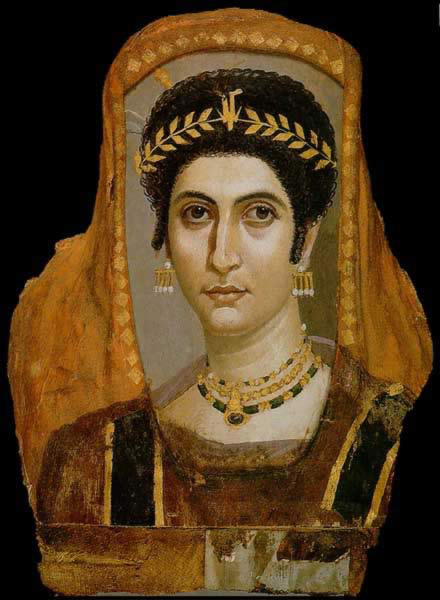 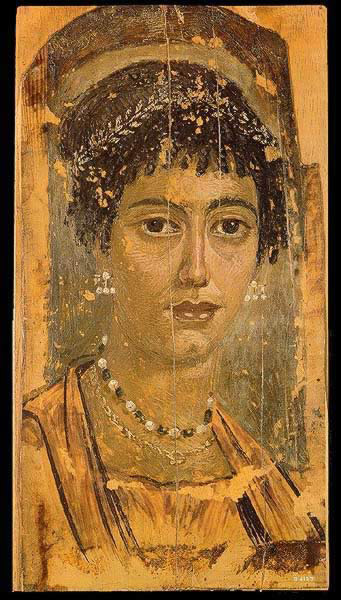 And there were these 1st century Roman sculptures, too, which curiously never made it to the world-famous circuit ... 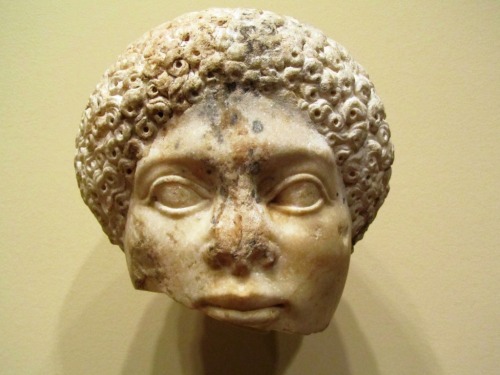 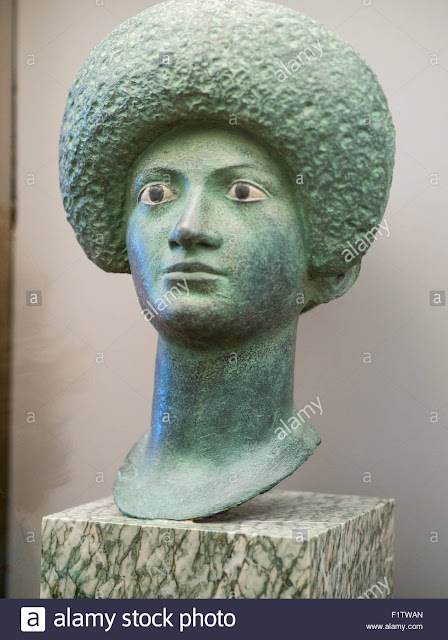 Google "Ancient Roman Artwork from the 1st century" yourself :)

Now, note the rest - many, many more Roman artifacts and artwork -  in fact MOST Roman artwork - does NOT depict white-featured Romans as art subjects.


Which means, of course, "Albions/Britons" - that even though you may look white in phenotype and can trace your history on paper back to Britain for the last 1000 years or so?

It is possible that your genotype, your DNA, might prove that even before that -  dating back even as far as the first century and beyond - you may actually have a dark-skinned Moor/North African in your DNA :)

When would mean, of course - ruh roh - you gotta "WOP in the woodpile," as the Southern racists would call someone with Italian heritage - and going back  further - that you've got African and/or Egyptian/Arabic Muslim - in your own DNA :)

And for that, White-Supremacists/Racists - you have no one else to thank but your beloved, white-washed, romanticized Roman Empire  - whom you revere almost as much as you do yourselves as "Britons" :)

Who, mind you, according to the bible, are actually the ones that ultimately gave the death-by-crucifixion order to Jesus who WAS Jewish, himself mind you.

And let us not forget, Romans were famous for propagandizing and demonizing groups they conquered, but didn't regard the Jews enough at all, after conquest, to even keep records at all of individual Jews and Jewish legal history - which would explain why there's no mention of Jesus in Roman history - it would be highly unusual to record Jews and law at all, especially the prosecution of an innocent Jewish man ;)

Can I help it if I enjoy revealing this piece of actual history that our white history books often neglect - with the ancient art work to prove it - to racists/white supremacists - particularly British?

And keep in mind, that I'm predominantly of British heritage myself, through genealogy records on paper - but I've never had a DNA test - and I'd be pleased as punch of I did have Moorish heritage, the more the merrier, when it comes to racial and cultural heritage and influence, I say :)

But whatever - why let pesky historical facts, verified via DNA testing, spoil mythical beliefs and get in the way of thinly-veiled white-supremacist political propaganda, right? ;)


ANYWAY -  someone left a comment about not believing the existence of Jesus or Moses, but later making a joke about how to get rid of Antifa.

That doesn't prove he actually believes antifa is behind ALL of the protests, mind you, but regularly commenting at that site since its inception does make him suspect for condoning that propaganda (and for being a white supremacist, too).

I found this curious, so I asked:

"I get the joke D___ M____ but just curious - do you believe Antifa is behind all these protests?

Just checking, because that would mean you don't believe in Jesus, but believe the Antifa is behind all this social unrest, despite scant physical evidence either way.

That's fine, to each his own beliefs :)"


Otherwise, unless something major happens in the country or the world, I won't be checking back to see if it's been allowed through (likely not) or there are replies - because it's a beautiful day, here today, and other than a bit of work later, I'm outta here until Sunday.

Try to have a nice weekend, Ladies and Gentlemen?

I recommended spending it in nature and with those you love :)

I understand my comment above to DM was "accidentally deleted."

I just now added DM's initials to the top of this post  5 minutes ago?  :)

I think his initials were in the copy of my comment above, already, when I posted it this morning.

But then, of course, that would mean you read here, regularly, and are often - erm - "inspired" by my posts (cough, cough, trying to provoke me by writing your own) lol.

Lol, that's fine - I haven't been the first, nor will I be the last, whose comment is "accidentally" deleted to hide true information or when without rebuttal ;)


Dangit, I should've bet Mark - because I said to him, "Watch, JH will delete that 'Housekeeping' post, mentioning my comment was lost/'accidentally' deleted" - and that's exactly what he did - that's "mysteriously disapppeared" now too!


Gee, a whole lot of people's comments go missing and "get lost" frequently, there, don't they?  ;)

What I can't figure out is why Wolfie would continue to host your site, when you continue to mess with your comments section like you do (which everyone knows you do, mind you, it's why everyone left) - and then try to blame "tech issues" for.

Wolfie has to know that your blaming a "tech issue" - that many times - falls back on him, and makes it look like it's his fault and poor tech skills/site-hosting skills, when it isn't.

I guess he appreciates the paying gig or something, especially during COVID - but that's short-term thinking - because in the long run, is it worth loss the constant blaming your dishonesty on his tech skills and loss of his professional reputation?

In fact, I'd say "Poor Wolfie" - if I didn't know how much dishonesty and BS he's helped you cover for.  He must need a an extended shower, later, though, to get all the dirt off.

Or perhaps he doesn't, figuring he'll take the hit to his profesional rep and it's all justified, for the "greater good that is white supremacy."

Whatever, par for the course - and like Mark says, "Stop trying to make sense out of crazy" - so you kids have fun storming the castle/attacking windmills as giants!