Give It Up for The Tireless Josh Gates, America, for Entertaining Us All Throughout The Pandemic :) 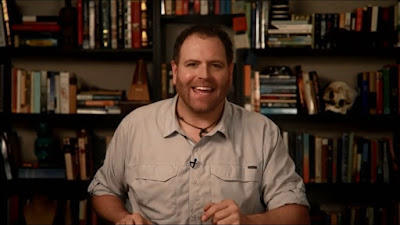 BIG round of applause, for nonstop giving us fresh, semi-live shows and Zoom interviews, simply to keep us entertained throughout this entire pandemic, beginning on April 1st, on a live show on Discovery called "Josh Gates Tonight."

When everyone else was airing reruns or took extended breaks, Josh was interviewing interesting people via Zoom from the beginning  - and even found a way to entertain us in his backyard, with a bullwhip, where he practiced using a bullwhip accurately, like his hero, Indiana Jones lol. He just started Season 2, two weeks ago, taking only a small break in between seasons.

I posted about him in this post back in April, before I'd seen the live nighttime show, about his regular show called "Expedition Unknown," keeping me entertained during this pandemic - interesting topics, delivered with his stereotypical good nature and irrepressible optimism, with a side of goofy - good will just exudes off the man, as well as a great sense of humor :) 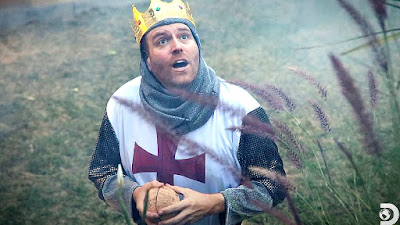 He also avoids politics - though recently, just before the election, he made some little off-the-cuff joke hints of where he stood (and I breathed a sigh of relief, to be honest) - but not about anyone in particular or directly, so it's a good watch for everyone :)

He's recently increasingly caught the attention of the A-listers, during this pandemic  -  to the point where just a few days ago, Matthew McConnaughey and his son, Levi, were on the show, after Levi asked him to watch Josh with him, as he's a big fan - and also, Matthew was promoting his new book, "Green Lights." 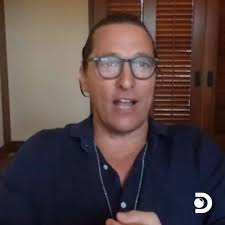 I'm not sure why, but I started calling him "Joshie" a while back, as a term of endearment and it stuck lol.  I think it went like this ...

My husband, Mark, was like, "Argh, There's nothing new on.  No sports, nothing.  Again.  Guess I'll be watching Michigan State games from the 90s. Again! Oh, wait, Josh Gates is on, his semi-live nighttime thing."

Me:  "Aw, good man, Joshie Josh - he never lets us down, tireless, and always entertaining.  Yes, let's see what misadventures he's getting into tonight."

Lol, yeah, I don't know why - but we just went with it -  so now Josh Gates is AKA "Joshie" around here.

America loves you, I knew they would in time, once they "discovered" you :)

Thank you for entertaining us throughout all of this 2020 cray cray!