To The Veterans Today ...

Regardless of what side you're on politically, when watching such a mess in our country, over the past few years, you veterans must be wondering to yourselves, "Was it worth it? What was it all for?"

To protect democracy, yes - but remember that also means the right to dissent and peacefully protest.

Whether the peaceful protests are misguided or righteous, or whether we agree with them or not, we still have that right to protest nonetheless, when many others don't - and hopefully, over time, we learn from them - even from our mistakes.

So I thank you, today, veterans - for protecting that right to dissent and peacefully protest, for both political sides  ... 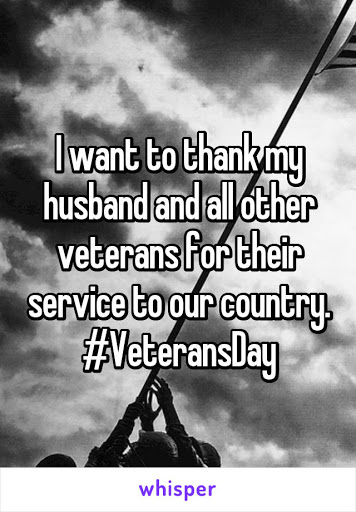 PS - Right as I finished this post, my husband texted that he just tried to get a picture of a 6-point buck (white-tailed deer) at the farm (where we stable our horse).  It's a little blurry, and by the time he zoomed in with his cell phone, the buck had gone.  I tried to zoom and crop it, but this is the best I could do ... 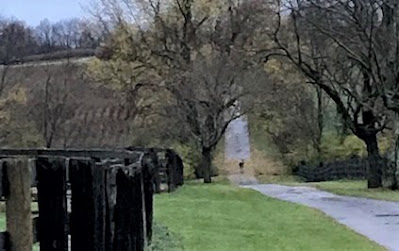 Ordinarily, it's unusual to see the buck instead of a doe and fawn on farms, but November is deer-hunting season - so sometimes you'll see one coming close, sensing they are in a safe space from shooting.

FYI, the next pic isn't ours - just a general pic I found of a 6-point buck white-tailed deer, in case you've never seen one :) 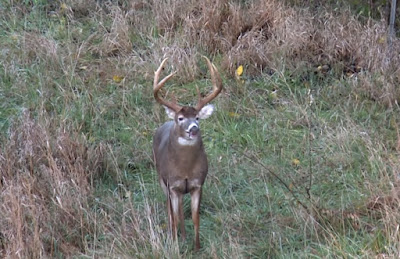 Also, while I'm at it,  I don't believe I've shared these photos yet, from a couple of weeks ago, taken by a stable neighbor - a Lexington police officer who looks out for our horse when we're not there, super nice lady :)

It was of a rainbow over the farm - that appeared to end between our horse and another horse Mark cares for  - beautiful, right? 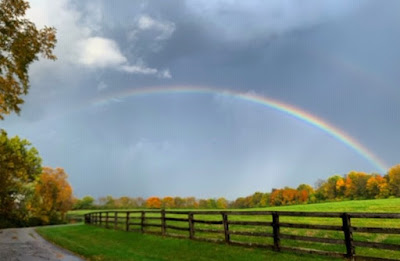 The chestnut on the right is our horse, the bay on the left is a horse Mark cares for, for someone else who can't  :) 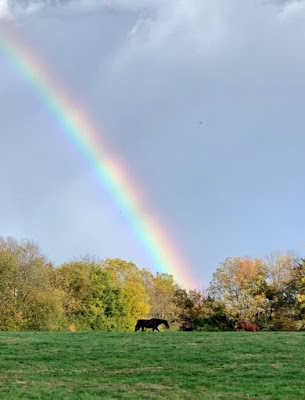