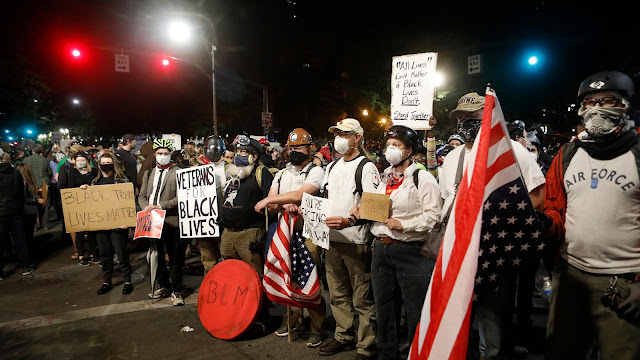 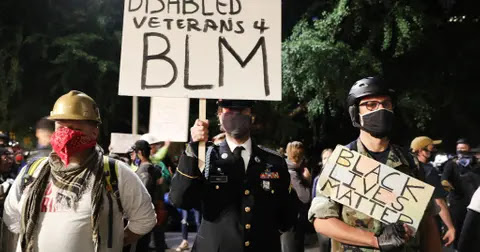 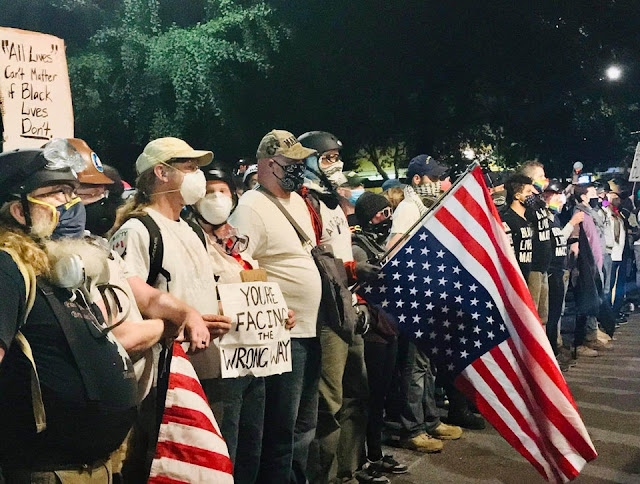 Yesterday, Portland experienced their biggest number of BLM protesters yet, which now includes the "Wall of Vets," as well as the "Wall of Moms" :) They have now joined the protest in response to the baton beating of Navy veteran, Christopher David, who was not involved/supportive in the protests, until he saw videos of peaceful protesters being shoved into unmarked vans.


Mr. David approached an officer to ask him a question, and despite having a U.S. Navy sweatshirt on and hat, he was hit repeatedly with a baton.

I tell you what, it doesn't surprise me, in this country, when people of color, women, or even children are beaten by power-abusing law enforcement, federal or not - but having the audacity to abuse your power insofar as to beat with a baton an actual Navy vet, without even blinking?

That DOES surprise me.

And it proves just how far the Kool-Aid-drinking, brainwashed, Trump-Nazi mentality has grabbed hold of the American mind, objectifying anyone who doesn't agree with them as the "enemy," therefore justifying themselves for doing God knows what to them.

Regardless, the "Wall of Vets" showed up last night (and again today) - and despite protesting peacefully, they, too, were tear gassed :( 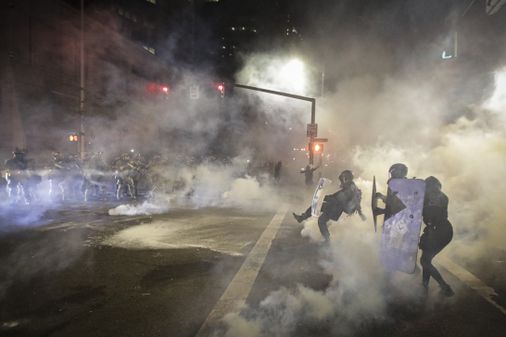 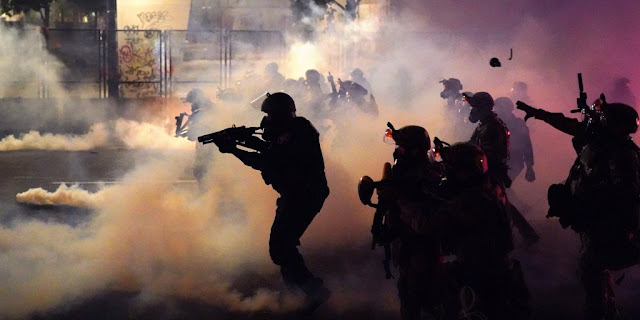 So far, all of the (masked) Portland protesters have carried leafblowers and batons for self-defense, but no guns.

In fact, no violence at all has been reported, with the exception of one reported stabbing, just last night (not federal officer involved) - but that was the only reported violence, other than what has been inflicted upon them by federal agents.

I know it's getting hard for the protesters to not defend themselves, and I'm praying they can hold out without violence, but they are human, after all - and now you're dealing with vets.

Also last night, a federal judge denied the State of Oregon's request for a lawsuit against the federal government, on the grounds that they did not have the authority to file a lawsuit on the behalf of the protesters.

So our constitution says that we have the right to peaceful protest and that the President can only intervene without local government request under case of emergency.

So if that is in question, who can sue on behalf of the people?

I understand the Justice Department is conducting an investigation.

Oh, I feel better, U.S. Attorney William Barr provides oversight, who directly gave Trump permission, and looked on, while peaceful protesters were tear gassed in front of St. John's Cathedral, so Trump could take a photo op with an upside down bible!

Sigh, Lord have mercy  ... and I mean that sincerely as a prayer :)

Regardless, the vets and moms and everyone else came back today - with even more reinforcements - still armed with nothing by leafblowers and batons themselves, for self defense - still praying for you Portland, thank you  :) 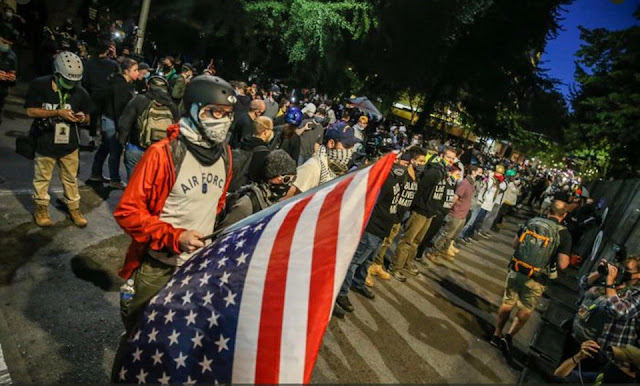