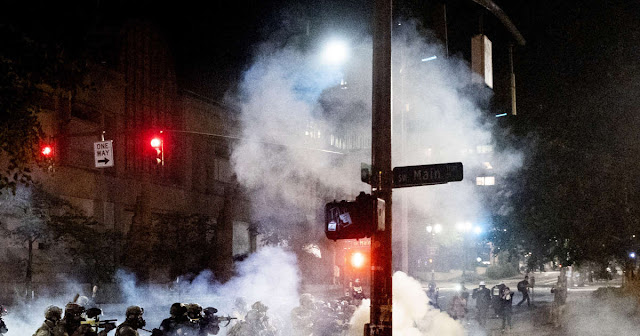 The moms were standing peacefully, locked arm and arm, in front of the young, peaceful BLM protesters, to protect them. 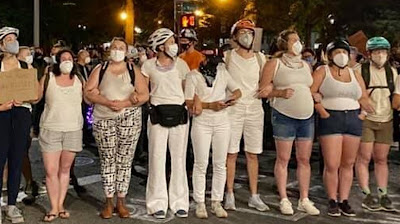 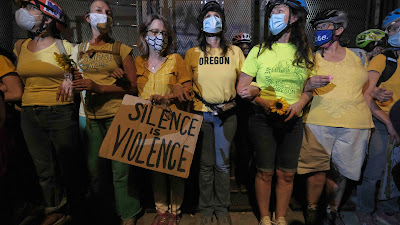 However, today, even more parents of protesters showed up :)

Did you order all of this from your underground bunker again, Trump, like most big-mouth bullies do, who are actually cowards, manipulating/ordering other people to do their dirty work for you?

Love them or hate them, you'd never see a Bush, a Clinton, a Biden, or Obama hiding in a bunker and tear-gassing even peaceful protesters, I guarantee you.

(Then again, no one felt the need to protest, at least to this level, until you took over - and I mean that literally - so what do you think that's saying about how America really feels about you and how far you've regressed this country - and not in a good way?)

Literally, no one but your Republican lackeys are afraid of you OR your Twitter mouth anymore, and even they don't really respect you, they're just afraid of losing votes.

So go back to your underground bunker with your blankey.

Or is it a bar of gold you stole, your own personal version of the American flag missing stars for blue states,  and a picture of yourself on inauguration day, complete with photoshopped-in crowd? 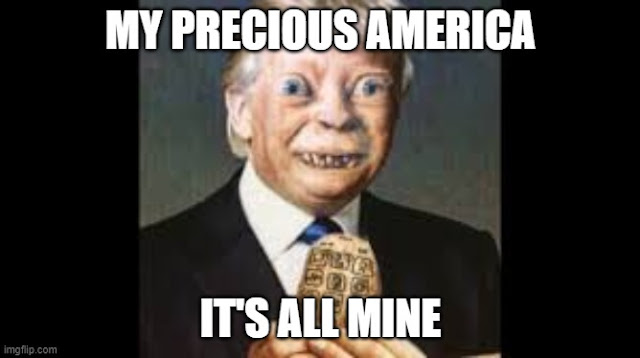 Why not let the real adults and  parents of America handle this, for a change?


PS -- even Tom Ridge, first Secretary of the Department of Homeland Security and former Governor of Pennsylvania said: 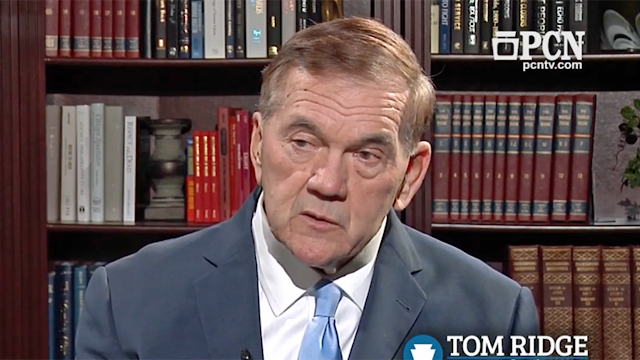 ”The department was established to protect America from the ever-present threat of global terrorism. It was not established to be the president’s personal militia.”


Who would have ever thought that I would actually agree on anything said by the guy who who appeared on the Today Show in February 2003 - just a few weeks before Congress voted to fund the War on Terrorism (in Iraq?!?) -  and told us all to cover our windows with plastic trash bags and duct tape to "protect us from Anthrax." LOL

I remember laughing hysterically at watching this, while my ex-mother-in-law freaked out and both she and my ex-husband got mad at me, and she demanded we go to the store immediately and buy these things.

"No, I'm not using the last of our grocery money to buy trash bags and duct tape because Tom Ridge said so lol.  If she really believes this crap, let her go buy it and put it on the windows.  But don't you dare use our grocery money to do it, or I will divorce you on pure principle LOL."

"First of all, the anthrax was only sent to liberal politicians and journalists, not everyday people, and it wasn't "dispersed" in the air - it was sent via package, in the form of a concentrated pile of powder."

"Secondly, anthrax isn't typically spread, or as effective, via the air, it's most effective in water systems or in concentrated, non-dispersed powder form, like the packages sent. Even if they DID air-drop it, plastic trash bags and and duct tape are NOT going to protect us from airborne pathogens lol."

"And do you really think Kentucky would be the first place on their list? Why? lol."

"Lastly, this smells to me of the the GOP using the anthrax situation to spread more fear-mongering BS propaganda to turn the tide of Congress towards funding a war with Iraq and Saddam Hussein, despite the fact that the last time anyone heard from Osama bin Laden, he was still at the Afghanistan/Pakistan border."

"I was with Bush when he warned, then bombed there,  to give OBL up.  But I have no clue why he's trying to turn the tide towards Iraq. I've seen nothing convincing that Osama bin Laden is there or even tied to the problems there."

"The only reason I can think of is vendetta because Saddam Hussein was once on U.S payroll as an informant, but then turned against us.  Just like the Noriega.  Just like Pinochet. Just like Moammar Quaddafi.  Just like the Shah of Iran."

"We keep doing that with known psychos, putting them on our payroll and supporting their psycho dictators regimens, then trying to act like victims later, like, "Oh, we didn't know he was an unstable, homicidal maniac when we first put him on the US payroll as an informant and gave him aid."

"Because I'm pretty sure you were all already well aware of the multiple reported human rights violations record that Hussein, Pinochet, Noriega, Quaddafi, and the Shah of Iran had, long before you gave any of them a dime, but thought you could control them. When has that back-scratching international diplomacy with total psycho dictators ever worked out once in our favor?"

"Regardless, hell if I know another reason why Bush wants a war in Iraq instead, do you?"

"We don't even know who's mailing the anthrax yet, it could be anyone, even some lone psycho. We jumped to the Muslim conclusion with Oklahoma City, too, and look how that turned out.  Far-right-wing militia whack jobs."


Well, though I was joking about divorcing him over it, at the time, as we know now, I was right - about all of that I said that day.

Because now we know, the truth is:

1)  There was no evidence whatsoever that the anthrax scare of 2001 had anything to do with Iraq or Afghanistan, or anyone foreign, for that matter - it was a domestic issue.  Though tied up in court until his death, one lone psycho virologist sent concentrated powder via mail to certain liberal politicians and press.

2)   Anthrax is not as effective airborne, it's most effective in water  - and in fact, plastic trash bags and and duct tape have been proven in experiments since NOT to protect you from much of anything at all, Anthrax, COVID, or anything else, but perhaps rain, and not even that if there's too much.

3)  There were no weapons of mass destruction in Iraq, also BS propaganda to turn the tide towards war in Iraq instead of Afghanistan/Pakistan.

4)  Osama bin Laden was, in fact,  found and killed at the Afghanistan/Pakistan border, and there is no evidence supporting that he was ever in Iraq.

5)  I did divorce my husband, but not because of that, so consider me half-right on that one - because in fact, he, AND his mother, were walking toxic trash bags full of Anthrax lol.


I'm not sure why, people even listen to more modern Republicans after that, but even worse, Trump Republicans have somehow managed to convince people that all Republicans and Democrats that came before them were part of the swamp, even though they, themselves, have been part of the swamp for years - in fact, the worse kind of swamp monsters you could find lol.

I'm also not sure why, after being so naive as a child/teenager, I have since been blessed/cursed with a very strong bullshit detector, that has often caused me numerous problems in life, but that I'm still curiously glad I have? lol

It goes off nearly every time Trump opens his mouth.

And though it has gone off with Ridge before, it's not going off now.

Wait, I spoke to soon.

Because THEN Ridge said THIS:


“It would be a cold day in hell” (before he would have consented as a governor to what is taking place)."

"I wish the president would take a more collaborative approach toward fighting this lawlessness than the unilateral approach he’s taken."

Because I couldn't help but notice that you criticized both the Governor of Oregon and Trump for how they handled things, but failed to mention what you would've done?

I'm pretty sure, however, what I would NOT do is use the untrained DHS as my personal militia to march into  a state or city, without a request by the governor or mayor, tear-gassing and abducting/detaining even peaceful protesters, like some kinda crazed communist or fascist dictator, and try to call it "law and order."

Regardless - Okay, Ridge, that's enough outta you - now you've gone too far again and worn out your welcome, so please commence crawling back under whatever rock you've been hiding under for the past few years again :)