First question - are whiskey and bourbon the same thing?

Experts will tell you no, the grains and mash are different, and bourbon must contain at least 51% corn - but everyday Kentuckians would say that other than unique taste differences among the brands themselves - "not really" lol.

I mean, you can definitely tell expensive versus cheap, for sure - but being able to taste that much corn takes a connoisseur, which I most certainly am not lol.

Otherwise, on the bourbon news front, Kentucky produces 95% of the nation's bourbon, and will soon have a new entrant into bourbon royalty - Brough Brothers Bourbon will be available for national and international distribution and sale in April ... 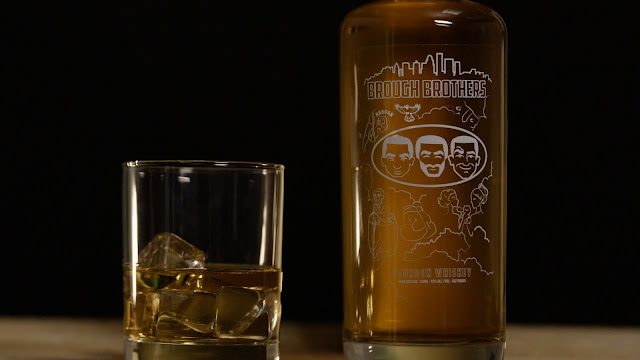 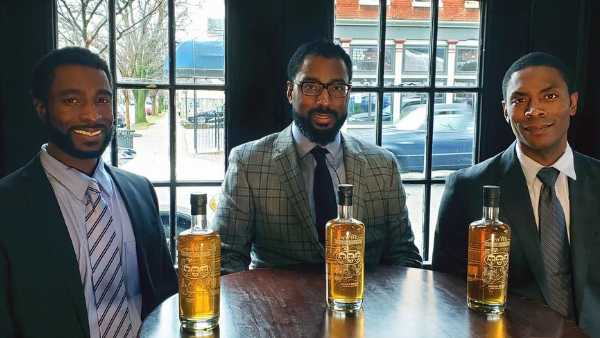 Arguably the first non-slave, black-owned bourbon company in Kentucky, and the distillery will be  in Louisville's West End - the same neighborhood where the Yarbrough brothers grew up and where Breonna Taylor lived :)

The reason I say "arguably" is there is a current dispute for that title by Sean and Tia Edwards' "Fresh Bourbon"  of Lexington ...

They own a small local business which has been  distributing locally for the last couple of years and are currently building a distillery; however, the Yarbrough brothers completed a distillery last year and registered for taxes for national distribution  last year - thus, it's complicated - and may result in them sharing the title or different titles (first black-owned bourbon small business versus black-owned large distribution in Kentucky, that sort of thing.)

I say congratulations to both companies for breaking through that glass ceiling, 275 years later :)

Back to Brough Brothers, eldest brother, Victor Yarbrough, claims he tried bourbon in college, but didn't develop a taste for it until he began working in finance in London in his 20s; not to mention, before that time, bourbon and high-end whiskey (as opposed to cheap moonshine) was too expensive for West End L-Villers.

(Btw, not all moonshine is terrible - ever tried the fruit-flavored ones or apple-pie moonshine?  Not bad. )

Now for a very brief history of Kentucky bourbon, which has been widely debated and difficult to find documentation of. 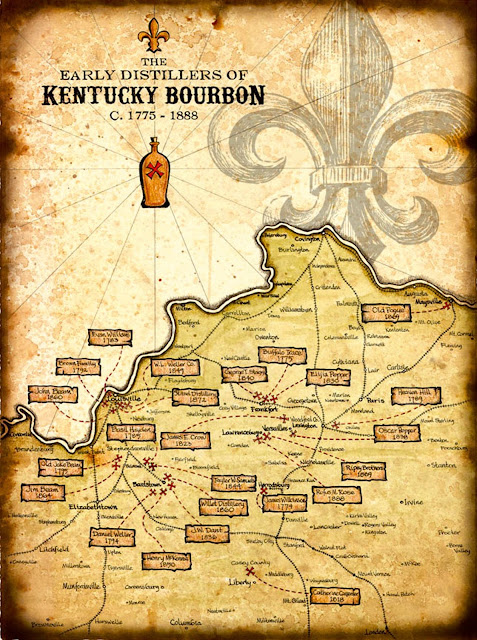 Was the bourbon history in Kentucky brought over by the Scot-Irish, the French, or perhaps French Creole?

Well, most white people here will tell you it's Scot-Irish, and our method of distilling attests partially to that account - but there is not written documentation to substantiate this being the case, which complicates the history.  Nonetheless, our distilling methods clearly do incorporate Scot-Irish methods - but there are differences - including the 51% corn requirement.

Also, though there is little mention of who actually grew, made and distilled bourbon in Kentucky, we do have some small documentation that slaves actually were the ones suggesting which ingredients to use and growing them, choosing the oak and making the oak barrels, and overseeing the entire distillery process.

Then you find yourself also asking, "If it was solely Scot-Irish whiskey, why include so much corn, why do we even call it bourbon rather than whiskey, why is there a Bourbon County in Kentucky, and what's with the fleur-de-lys insignia still on some labels (like on the bourbon-trail map above)?

Good questions - and well, I'm about to tell ya that - the influences and plot thickens - keep reading :)

The French aspects apparently have less to do with our distilling methods than they do our main method of transportation of bourbon/whiskey to the American South and the rest of the world, at that time - through New Orleans - which hints at the French connection :)

Also, what barely anyone mentions is that none of it would've been possible without Spanish, French, British, and American black slaves, not only providing the labor and making the actual whiskey, but submitting ideas for certain ingredients :)

Thus, in actuality, the Kentucky bourbon history is complicated - and likely includes all of these influences - plus the perfect climate (warm days, cool nights, milder winters) and soil (more limestone, filtering out iron and other metals) for corn and other bourbon ingredients - creating a distinctly different style of bourbon.

You see, in the late 18th century, New Orleans was now owned and governed by Spain, but the people themselves were largely still French speaking and loyal to France and the Bourbon royal family.

Thus, they had to find new ways to get their French goods (and goods from other countries, including even the colonies) products to New Orleans - sometimes clandestinely (thus the semi-documented history below).

France now owned most of Haiti (at the time, Saint Domingue) which at the time produced coffee, indigo, tobacco, sugar, and molasses, but that didn't guarantee passage through New Orleans, as the French and Spanish relationship became increasingly tense and  acrimonious again, after their brief partnership in the 7-Years War.

Thus, how could France still get their products to their French-speaking loyalist people now under Spanish rule in New Orleans?

You could transport it to New York, Boston, and Philadelphia - but then what?

Then, in the early 1790s, tension between Spain and France briefly eased again, and Spain began to allow anyone to use New Orleans port, provided they pay a tariff; however, allowed no one but themselves to use the Mississippi River for transport - no French, no British, no American colonists - no one but Spain.

This of course was somewhat helpful to get bourbon to New Orleans, but the sea passage to New Orleans from Europe takes longer and is tricky - and thus actually only complicated the issue and made shipping more costly.

Then in the 1793, Spain began to allow passage downstream the Mississippi with others' goods, but only if you paid an extremely high tariff.

Thus, to pay the tariff, producers had to cut expenses. The best way to do that was to grow the ingredients of certain products in Kentucky, build flatboats to carry them down the Mississippi River from Louisville (so named for Louis XVI) - using slave labor, of course - which included bourbon - with Kentucky's climate making it perfect for the production of bourbon - with French, Scot-Irish, and black slave distillery methods combined :)

Thus, the quickest, best way to get your products down the Mississippi River to New Orleans was via Louisville - French, British, American - and during that time, Kentucky farmers had the added advantage of growing many of the ingredients.

Also, the Spanish allowed passage downstream, but not back up - as if you could even travel back up, before keelboats and steamboats.  You could, but it would take a large number of people cutting down  brush and stumps, and pulling the boats from the sides with ropes, like canal transport.

Thus, most people would travel back up via walking or on horseback, which took approximately 35 days - unless you were a slave, of course - and then once you got down to New Orleans (and the surrounding swamp regions), you might never come back  - and who could blame them?

Though New Orleans still has race and class issues, as mentioned before, the French's Code Noir had given people of color some legal rights (including the ability to buy their own freedom), and Spain was a bit stricter, but still less strict than American and British slave laws (which included no rights for people of color at all.)

Thus, who could blame a slave for signing up to become a boatman to New Orleans to transport the bourbon and perhaps never make the trip back? lol

(However, many trips by wealthier farmers and merchants also took slave overlords with them to ensure their return.)

Thus, the reason we have a Bourbon County, Kentucky - and why many still call it Kentucky bourbon rather than whiskey, despite being made using partially Scot-Irish distilling technique - is that New Orleans French/Creole connection and their loyalty to the Bourbon royal family :)

And there you go, brief history of Kentucky bourbon.

About as clear as mud in  the Mississippi River? LOL