Stream It or Skip It, This Rainy Weekend?

So I noticed "The Pentaverate," just dropped on Netflix ... 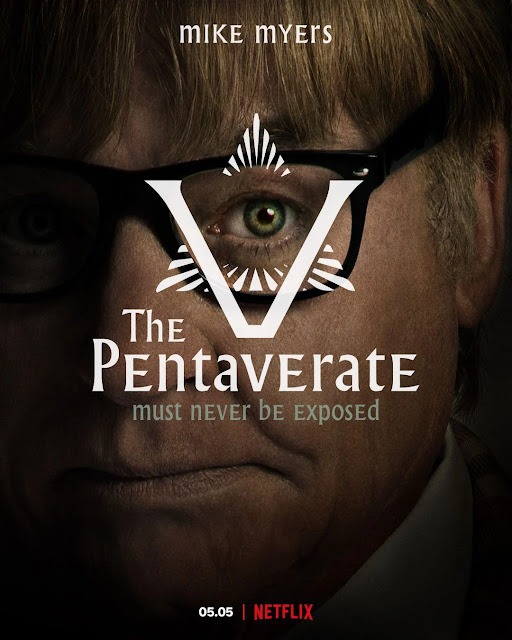 ...  which for those who don't know, is based on a quick joke made by Charlie's conspiracy-loving dad in Mike Myers' first movie, "So I Married an Axe Murderer," in 1993 ... 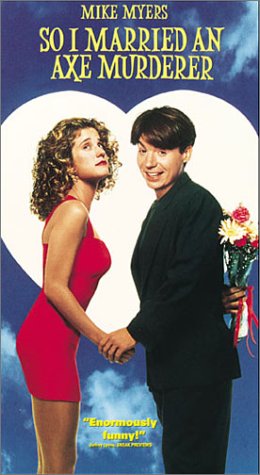 ... which I happened to think was Mike Myers best movie, but it was overshadowed by the Wayne's World and Austin Powers series - also funny, but nothing made me laugh like this movie, especially the above scene.

In fact, I referenced this movie when I was on FB, just after Trump was elected, and said that Trumpers all behaved like Charlie's parents, who called the tabloid that is The Weekly World News, "The Paper" - instead of the actual newspaper -  thus and believed every nutty  conspiracy word the tabloid printed lol.

In fact, the entire movie is about the tabloid misunderstanding a situation, which nevertheless gets into Charlie's head and affects his current relationship, but in the end, results in solving a crime and setting the record straight (and no, the murderer is not his new wife).

Thus, "The Pentaverate," according to Charlie's Dad, is a secret Illuminati-like  controls newspapers, and the world, and is pushing them a New Order  - and its five members are the Queen, the Vatican, the Rothschilds, The Gettys, and Colonel Sanders lol.

The current Netflix show marks the return of Mike Myers after a long hiatus, picking up on this joke, only the pentaverate is another misunderstanding - just five nice guys just trying to make the world a better place, but because it's a "secret society," imaginations run wild, and what they don't know, they make up.

Thus, Canada's right-wing conspiracy lovers aren't having it - and it all comes to a head at Canada's conspiracy convention, called "CanConCon" lol.

So I've only had time to watch the first 20 minutes, and although I did laugh out loud a couple of times - often at Mike Myers in character or subtle things in the background - like a poster at CanConCon that says "Birds Aren't Real" (and that they're actually drone monitoring devices) lol - can I just say that one of the reasons we stopped watching both Mike Myers and Adam Sandler is they  both started getting overly crass and crude with their jokes, resorting repeatedly to bathroom and sex-pun humor?

A couple sprinkled here and there are funny - and then there's overkill.

C'mon, guys, you're more talented and witty than resorting to that too much, we've seen it - and we see sparks of it again, now and then - let's see it again?

I'll still watch it, for an occasional laugh and to see Mike Myers play 8 different characters again - very well - but seriously, enough with the poop jokes and sex puns on repeat, all right? lol

In fact, last night was especially stormy, so we stayed in, and  since YouTubeTV has HBO Max free for the weekend, we decided to watch that instead, including the the first episode of "The Staircase" (starring two of my favorite actors in the world, Colin Firth and Toni Collette). 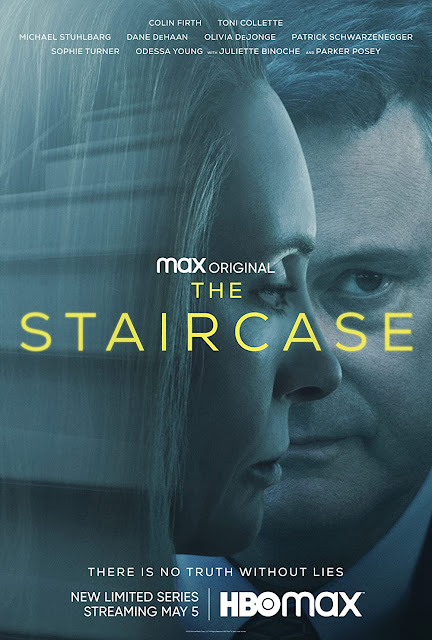 This is a retelling of the twisted tale of how events unfolded in the baffling and bizarre case of the death of the wife of American author, Michael Peterson).

I've only watched Episode 1, because that's all that's dropped so far - but I'm in - I say "Stream It" as a much better recommendation for this rainy weekend :)