Just In Case You Doubted Racial Profiling and Racism Still Exist by Law Enforcement, Especially in The South ...

I give you the video of the Delaware State's Women Lacrosse Team's bus being stopped and searched by the Liberty County's Sheriff's office in Georgia.

Ironic the county is called "Liberty," considering there are so many ways they violated their constitutional rights, isn't it?

Delaware State University is an HBCU - Historically Black College or University - and thus everyone on the bus was a person of color and female.

They were traveling to a sports competition in Florida.

The Sheriff's office pulled over the bus, claiming they were illegally driving in the left lane.

Upon getting on the bus, the Sheriff informs them that marijuana is illegal in the state of Georgia, and that if they have any drugs, tell them now, or they can't help them - even if they find any paraphernalia like scales.

Scales - are you serious with that?!?

They then proceeded to illegally search their bags without a warrant - even employing a drug-sniffing K9.

Of course they found nothing - nada, zero, zip.

Also, they issued no traffic ticket for the supposed infraction they were stopped for, "illegal driving in the left lane."

Clearly, the Sheriff's office in this county isn't very bright - if they're going to racially profile, at least issue a traffic ticket to make it look like you stopped them for something else?

However, it is Georgia - law enforcement there, and in the South in general, behaves as though they are above reproach and dares anyone to ask.

Now, you may be saying to yourself, "Stop and search without a warrant is illegal, isn't it?"

Well, The 4th amendment does provide some protection from search and seizure, but each state gets to decide  the rules on whether or not the search is deemed reasonable or not, probable cause.

This decision is left up to the states.

(Also, we didn't have cars with the constitution was written, but cars are considered personal "effects" portion  in most states.) 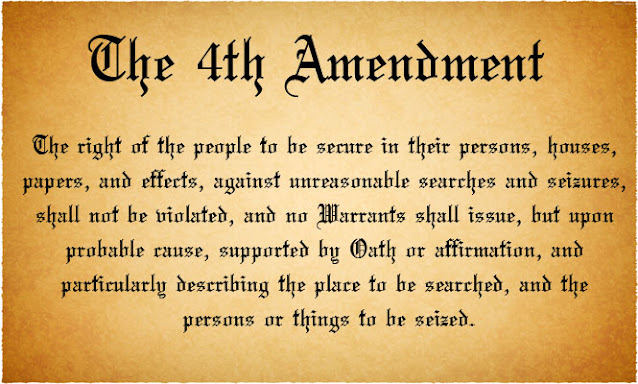 However, it's law enforcement's word versus yours every time.

Typically, if they say they had probable cause, the court accepts they did - no questions asked.

Now In Georgia, you can make it clear you do not consent and ask to see a warrant - but if they want to do it anyway, you'd better let them, and file a complaint later.

And you're a person of color, it is a very bad idea to even gently not provide your consent to a search - things will not go well for you.

Plus, even if you're refusing due to suspicion of harassment or fear evidence being planted, any refusal will still make it look like you have something to hide. 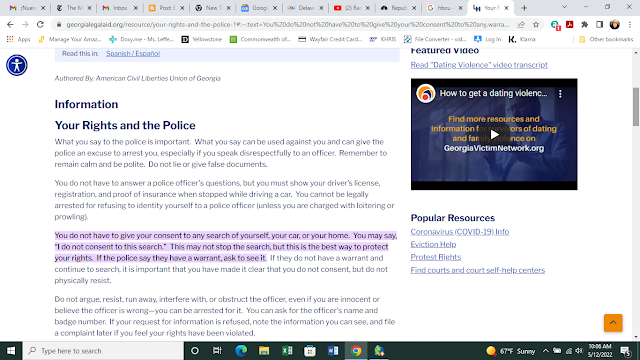 In this situation, there does not appear to be probable cause to search for drugs without a warrant - just a busload of a college sports team comprised of young women of color, whom the cops said they stopped for driving illegally in the left lane, but to whom they did not issue a ticket, and no drugs were found on the search.

Thus, the Delaware Attorney General, Kathy Jennings,  has requested the US Department of Justice review the situation to determine whether their constitutional and civil rights had been violated.

Good - and methinks this one should go to the Supreme Court - we need a precedent.

However, with the current Supreme Court, who knows.

But as we all know, American "conservatives" also like to "suspend" those constitutional rights for others - especially people of color :(