So ... There Is Apparently An Active Shooter (?) in My Apartment Complex, Right Now? 6 Gunshots Heard, Then 6 Cop Cars and WLEX-TV18 News Are Here ...

First of all, please understand that we literally NEVER have any trouble in this neighborhood. 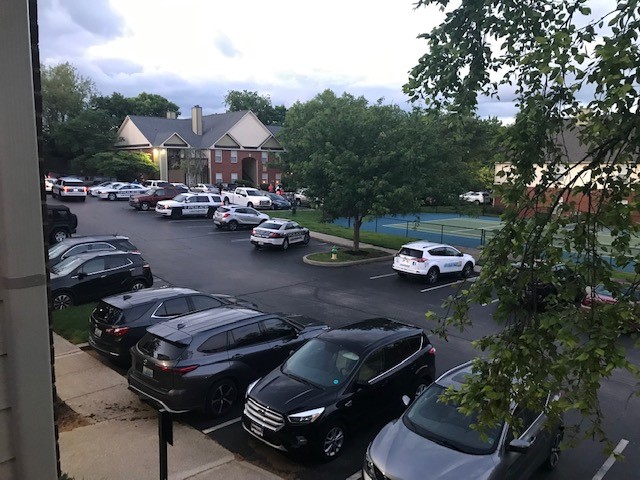 So I'm sitting here watching Stranger Things with my husband, and I heard 3 gunshots.

I turned to my husband and said, "Was that on TV? It sounded like gunshots"

I said, "Mark, I have a bad feeling something's wrong.  Can you see what's going on?  Especially after Uvalde."

All of the sudden, my neighbor runs up the stairs and goes, "Get back in your apartment, get back inside!  It's an active shooter.  The lady in the last building is just randomly shooting at people, including the cops. "

I don't know if that's right, there are no ambulances here?

But we're in our house, right now, away from windows just to be safe,  praying ....

God help us, help this country ...

I don't know if you can see because it's dark now, but the cops are now crouching behind their cruisers (on the right) - so obviously negotiating is still going on and person is not in custody. 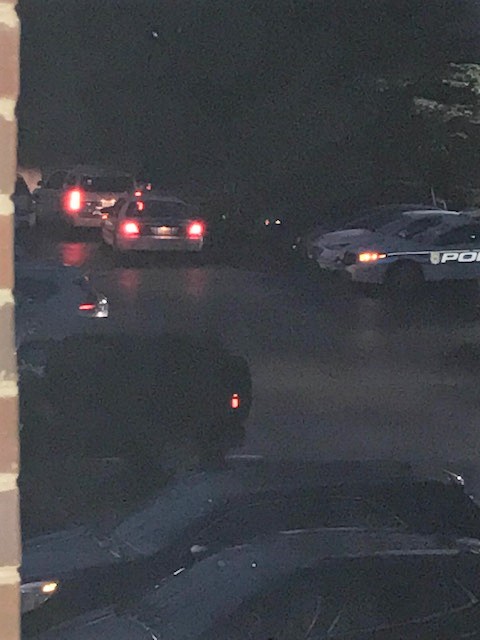 Again, this is MY apartment complex, just two buildings down, can you believe it?

There's still no ambulance, though, so I'm guessing she missed and no one was hurt thus far?

No one is allowed to enter or leave, cops telling everyone to stay put and inside (but I snapped that pic, real quick, when I went on my balcony to see if still going on).

Also, the news crew - the white car in the 1st photo, top right, is gone.

Did they move somewhere safer or leave?

Is that because it turned out to be domestic violence and no story or-?

I wish I knew something - all I know is that no one is allowed to leave or enter the complex, right now ...

Sorry, I sometimes make jokes when nervous - and believe me, I am, right now  ...

Neighbor was wrong about one thing, not a lady, a man -  a white man, btw - they just put him in handcuffs in the back of the cruiser ...

So says Mark, and a different neighbor, although I don't know how clearly they could see since it's dark out now.

Like I said, THIS is becoming a pandemic, at least here in the U.S. - God have mercy on us :(

2 cruisers still here, but yes it's over.

I'm a little perturbed that six cruisers were here and not a damn one of them would tell us what was going on so we could know how best to be safe.

The cops never once told the crowd forming to go back in their apartments - it was my neighbor that shouted that to us.

In fact, there will people standing around- including a child -  very close, right up  until the cops themselves started crouching behind cars - then they ran in their houses.

They won't even tell us now, even whether they got the guy or not, my husband and another neighbor told me that because they saw him put in the car, plus only two cruisers here now.

No, sorry, this isn't going to work ... you need to tell us something - we didn't need to find out from your crouching behind cruisers and our neighbor that there was an active shooter!

Come on, law enforcement - I appreciate how hard your job is, but you can do better than this, as far as communicating with us - bring back the old community/beat cops, maybe?