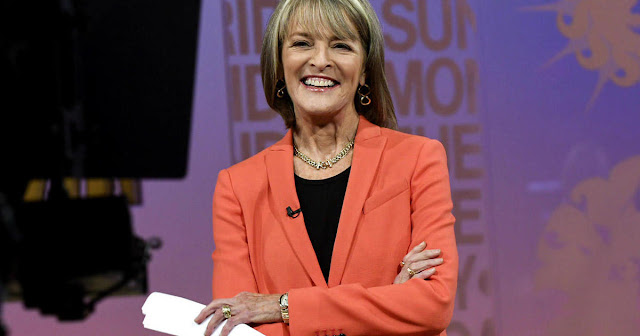 I have two posts inspired by CBS Sunday morning, but I may only get to one for now, because I'm really getting into my flowers this year, creating a balcony mini-garden  (as much as my budget will allow) :)

Actually, there could theoretically be three posts from this morning's show, because another story was on Lionel Richie receiving the Library of Congress's Gershwin prize, but many newsy outlets are featuring that - so these two posts that will result from this morning's show are on lesser known people (by Americans, perhaps), but perhaps just as remarkable.

So as I've mentioned before, as a retired aspiring screenwriter (lol), though I'm a huge filmophile in all its forms, CBS Sunday Morning is actually my all-time favorite show, and for all the reasons why, you can read this post.

Originally hosted by Charles Kerault beginning in 1979, then Charles Osgood, and now Jane Pauley, though the hosts may have changed, the recipe never really has - just the nature and quality of the ingredients - and it's still fabulous. :) 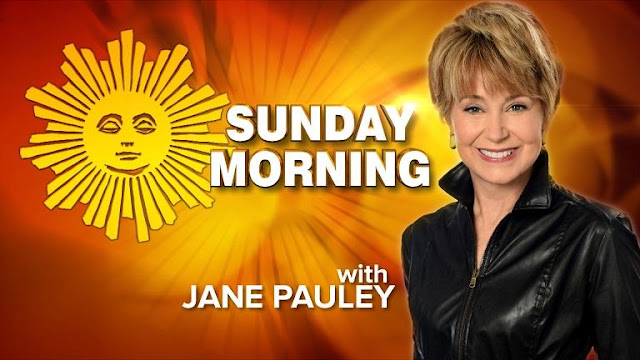 (Sometimes, like today's show, people that were once it people that aren't anymore for good reason, like Garrison Keillor, but that's rare.)

The interviewing style is less formal - and more importantly, allows whomever they've interviewed to tell  their story, only edited for time.

It's not that they're not asking the hard-hitting questions, they most certainly are - but more informally, and it's just that the questions they ask, which are the ones that most people want to know, are part of that person's full story.

Sometimes you won't like whom they feature - like today's segment on Garrison Keillor, who is trying to make a comeback after being fired after "MeToo" accusations (interviewed by Anthony Mason). 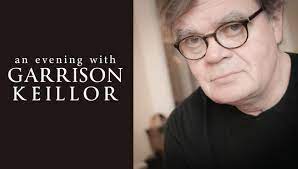 But I'll tell you the benefit of featuring someone like that - you do get to make up your own mind about him after hearing his own words.

You hear his whole story, his whole career, not just that piece of it - and then they talk about his firing and the accusations, including the evidence, as well as his response to them.

Anthony lets him tell his story, his accomplishments, his perspectives  - but make no mistake, Anthony doesn't let him off the hook, either.

I listened to what he had to say in its entirety, from his perspective - and quite honestly, I don't think it's going to help him like he may have thought it would - and yet, he had his say.

I, for one, actually came away thinking worse of him than before - but at least you get to hear what he had to say, his defense.

IMO, he approached this issue much like he does his tales of Lake Woebegone in his former radio show, "A Prairie Home Companion" - as if the real world doesn't exist and instead, his ideal, his fantasy, is reality.

If your skill is hard-hitting, gloves-off, remain objective interviews, then you'll be drawn to 60 minutes.

Then there are those rare, exceptional, flexible journalists who possess both skills and the ability to do both - enter Rita Braver :) 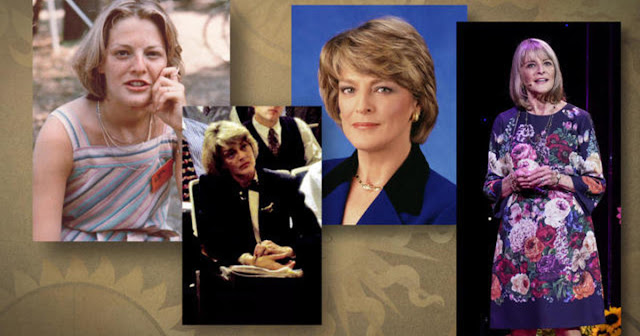 Although Jane Pauley was my "idol" during my brief dalliance with wanting to become a broadcast journalist - because of her unique combination of warmth-with-an-edge delivery -  I also grew up being influenced by  Rita Braver (and Leslie Stahl, Diane Sawyer, Cokie Roberts, and Andrea Mitchell).

I thought Rita Brever and Andrea Mitchell were the odd women out, but in the best possible way - because neither were the the stereotypical beauty queens forced to be weather girls first and do puff pieces first - they went straight for politics lol.

In Rita's case in particular, she wasn't blessed with the stereotypical sonorous journalist voice, and she had an unusual combination delivery - different from Pauley's combination, but equally interesting - which I would describe instead as "controlled passion."

She was quick to smile and animated - but not in a perky, Katie Couric way - more serious, but not completely devoid of emotion either, not completely objective as journalists are educated trained and trained to be (Rita's education was initially in political science and law) - and yet she could surprise those those interviewed with sneaking in hard-hitting questions just when they thought they were safe, just like Katie Couric.

This year marks the 50th anniversary of Rita Braver's journalism at CBS.