Insightful Quote from "The New Spaniards," Applicable for All ...

I had another post on deck, but I've had a busy work week. Though I type super fast, I haven't had the time to do the full research and do it justice  - plus in the meantime, I came across a quote from a book I'm reading which impressed me.

I'm just a third of the way into this book, which was one of the recommended for anyone considering moving to Spain, called "The New Spaniards." 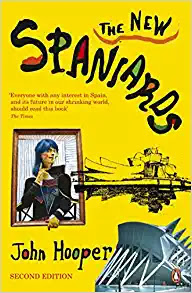 Written by British foreign correspondent for both the reputable conservative publications of  The Economist (UK) and The Wall Street Journal ( U.S.), John Hooper, it is clearly heavily focused on the economic analysis of Spain, because of Hooper's profession, writing for publications that are conservative and pro-economy building - but it's also remarkably fair, especially for a conservative today. 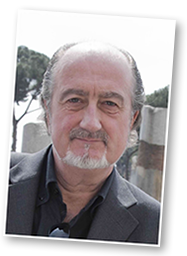 He readily admits the Spanish government has had corruption and scandal problems on both political sides, and thus he gives a fair assessment to both sides, paying particular attention to how each person's personality perhaps undermined their initial good causes.

Because as they say, absolute power corrupts absolutely - the temptation of skimming off the top, with the influx of money as  Spain re-entered  international trade, was just too great, for most.

Also, Hooper's conservatism only goes so far - he's clearly not a fan of Francoism and the beginnings of the rise far right, and appears socially liberal.

In fact, it seems he's not a fan of extremism either way, and neither am I, although unlike Hooper, I am firmly left of center

IMO, the further you go right or left, the "spectrum" is no longer linear, it's a circle - the "sides" don't differ much from each other as far as government control.

The book was first written in 1985, then revised in 1995, then again in 2006, and basically, it describes the evolution of Spain, politically and culturally, in a post-Franco era.  (They hate that term, by the way, the  Spanish. as most would prefer to forget Franco - and yet that is what the book is about..)

Flash forward to 2004, Spain is now a democratic republic, although of a different sort, as unlike other European provinces or U.S. states, Spanish provinces have a greater degree of autonomy, to varying degrees, which is still a bone of contention.

(They prefer the term "constitutional parliament" to "constitutional monarchy," although they still do, in fact, have royalty - and church and state are now separate to degrees, depending upon region (each province in Spain has a certain amount of autonomy), and church officials still can hold seats in government in certain regions and still gives their input on certain issues, even though now not "law.")

So the Archbishop of Pamplona, Fernando Sebastian, states that Catholics are now being "persecuted."

Okay, so  - though Hooper acknowledges that during the Spanish Civil War, there were legitimately terrorist acts, executions, torturing, and persecution on both sides - but did include priests - he pronounces this "rhetorical nonsense" post-Franco.

Because 90% of the country still identify as Catholic.

In fact, even during the Spanish Civil War, 99% of the country were Catholic - meaning both sides were Catholic.

The issue wasn't faith or that they weren't all Christians or Catholic, because they were - the issue was that Spanish Republicans wanted separation of church and state.

They felt the church was abusing its power, and they felt the monarchy, church, and Franco's military government held all the money and food, while the people starved, due to Franco's extreme Spanish isolationism from the rest of the world.

(I'm not excusing their terrorism, or terrorism on either side - which DID happen on both sides, both Spanish Republicans AND Franco Fascists - I'm just saying that was their reasoning.)

"Far from being persecuted, the church is merely starting to get a measure of normal treatment after being showered with privileges."

Though this was in 2004, the same could be said of many of my fellow Christians who are spewing this rhetorical nonsense of being "persecuted" today - Catholic OR Protestant.

We modern Christians have no idea of the true meaning of "persecution" and what actual persecution feels like.

(In fact, some might argue many of my fellow Christians are the ones doing the persecuting.)

Perhaps, much like Hooper says, my fellow Christians who are currently waving that "Christian persecution" flag have been spoiled and overprivileged for far too long, imagining that being a white Christian automatically gets you a "Get out of jail free card" and grants you automatic immunity and political and moral authority - when it doesn't - and never should have.

Now - as a condition of transition to democracy, after Franco's death, Franco's party only agreed to a "peaceful" transition - IF - the Republic would not prosecute anyone from the Franco regime would be prosecuted for prior crimes.

Now, remember - in addition to war - , the Franco regime is estimated to have executed over 150,000 people, but no one really knows for sure. There were also mass disappearances and mass unmarked graves, left by the Francoist regime, some with as many as 2,500 people in them (in Segovia) - which still today are ignored, marked by local government, but no official government plaque.

Also, there was nothing barring Francoists to remain in government in the future, and in fact, there are still Franco people in government and press today.
These terms were agreed to - but it left Spain with no closure.

Thus, Spain simply just simply move on as if it didn't happen :(

Interesting reading, to say the least ...