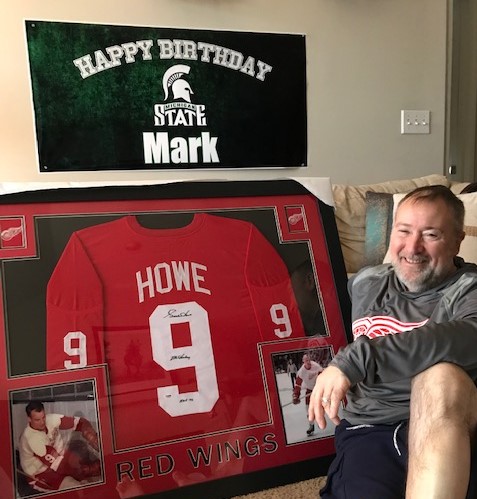 As for me, the look on his face was priceless - so I outright cried lol.

But he said, "This is the guy that got me into hockey, so many good memories."

Here's a close-up of the signature ... 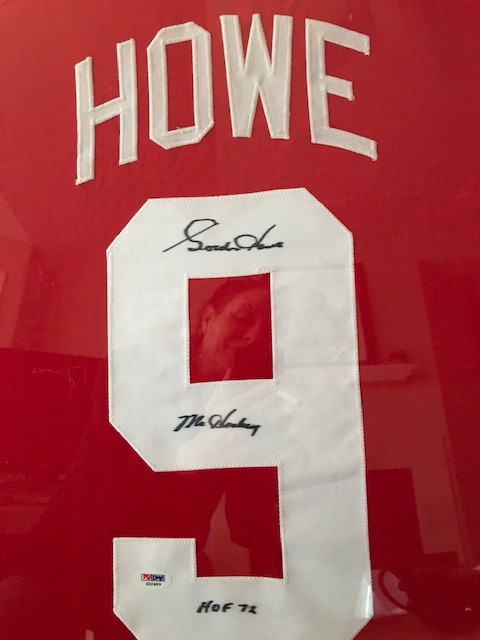 And the PSA certificate of authenticity, which can be verified by putting the number in at the PSA website - the most trusted sports-memorabilia authenticator in the world :) 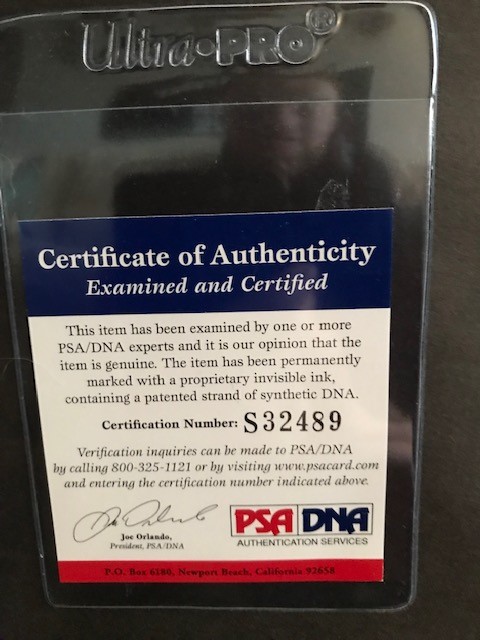 Gordie didn't wear the jersey, of course, or it would've cost thousands more than it already did - which my husband is worth, of course - it's just I'm not, according to my wallet ;) lol.

It's a newer, never-worn jersey, but still signed by Gordie, before he passed away in 2016.

PPS - So ... Mark sent the above pictures to like, everyone and their brother - like everyone he's ever known, on his phone - saying "Look what my wife gave me for my birthday!" LOL.

But the best part was, he sent them to horse trainer, Doug O'Neill  - who is also from Detroit and as Red Wings fan (which is why he named his Kentucky-Derby winning horse "Nyquist" after a RW player - texted back "That's awesome!  She's a keeper!"

Okay, I can die happy now - because not only did I make my husband this happy for his 60th birthday - but Doug O'Neill - who picks winning race horses for a living, mind you - just said I was a keeper! ;) LOL!!!

Thank you, Doug - we love you xo