Ugh ... So I Just Filed a Fantasy Divorce From Aaron Rodgers as One of my Fantasy Co-Husbands ;) 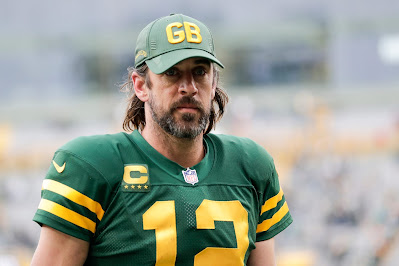 I don't know how to say this delicately, after everything you just said, but seriously - what the ??? is wrong with you? lol

You went a little cuckoo after Olivia Munn left you or what?

Okay, so ... he just tested positive, and he also just admitted not being  vaccinated, after previously stating he was "immunized."

(In other words, he lied to everyone who got in close physical proximity with him while playing football, who believed he was vaccinated.)

It's not so much that he wasn't vaccinated that bothers me - it's the fact that he lied about being vaccinated.

I mean, for goodness sakes, if you're going to take an anti-vax stance based on your beliefs, you have that right and choice - but at least have the cojones to be be honest, upfront, and clear about  not being vaccinated from the get-go, so that you don't put everyone else at risk who doesn't believe in your quackery - at least give other people the  same right to exercise their freedom of choice that you have, as to how close they are willing to get to you?

Then he went further by stating that he "probably caught the virus from someone who was vaccinated" and that he knows he's now going to be "in the crosshairs of the woke mob."

Regardless, I'm pretty sure that whatever their politics or stance on social justice, everyone on your team, as well as opposing teams, are going to be pretty pissed that you lied to them, after being in such close physical proximity to you - and I don't blame them.

Nope -  imagining you caught the virus from someone vaccinated,  insinuating the virus originates from the vaccination itself, makes zero sense - there is absolutely zero legitimate data or evidence to support that statement - it's certifiably cuckoo.

My husband and I have been vaccinated, and so has everyone we associate with, and not a single one of us has ever gotten sick/had side effects.

Additionally, all of us also have still worn masks, and not a single one of us has gotten COVID, even a breakthrough, or even the mild  phenotype - and my husband works for the public schools!

However, we do know several unvaccinated people who have actually died from COVID, including both parents of one the stylists at my hair salon.  They were 52 and 60, the same age as myself and Mark.

Both of her parents refused to get vaccinated or wear masks, believing at first COVID was a Democrat hoax, then that vaccination and mask-wearing was government control.

In their final moments, they first made excuses that maybe Trump didn't know how bad it was, then expressed regret for ever having believed Trump and Republican politicians - but it was too late - they died fairly young, and neither will ever get to see their very first grandson, who is now on the way :(

So if you want to get your hair done there, you will need to at least wear a mask at the very least, or plan on getting your hair done elsewhere, after hearing a very justified and warranted tirade, as she's now very passionate about both vaccination and mask-wearing - especially now that she's pregnant.

If he, and these naysayers, actually worked in healthcare, like I do, and actually read legitimate data rather than some nobody on social media claiming to be a doctor, or some quack practicing outside of compendia-based studies -  he would know better.

Sorry, Aaron - I thought you were smarter than this,  but obviously not - and legitimate data disproves you.

Plus you lied to the other players, who thought they were safe  enough to be in close proximity to you ... ewwww?

However, you ARE right about one thing ... you're soooo canceled.

In fact, I'm now embarrassed that I ever listed you as one of my fantasy co-husbands, talk about big mistakes.

I mean, I have previously made some big mistakes with choices of men, in my life, but I can honestly say, despite whatever addictions or issues they may have  had, not a single one of them could ever be accused of being stupid.

Now, I'm sure this news of our pending fantasy divorce upsets you greatly, considering you have no idea who I am ;)

However, it's not really your fans you have to worry about anyway, of even the NFL administration (whom your dumb,  falsely-entitled, selfish, white ass bet against suspending you, which you're probably right about, but will nevertheless only further prove racial double-standards versus people like Colin Kaepernick kneeling for flags) and your white male over-privilege/abuse of power to the rest of us.

Thus, if COVID doesn't pummel you, I'd next be most concerned about those big, "woke mob" defensive linemen that you have to play against, most of whom are a foot taller, weigh at least 150 more pounds, and are  20 years younger than you, who are going to have a lot of fun playing "sack the quarterback."

And I wouldn't count on your own team members protecting you - they might be inclined to not block for you so much anymore?

And your wide receivers and running backs may suddenly be all like, "Oops! Silly me, I fumbled the pass again - I'm such a butterfingers.  Oh well, I still get paid $5 million and have more chances at a Superbowl win, but Aaron just effed up his last chance at a Superbowl win."

You say you hate the media, but you chose to use it to say some super inflammatory, ignorant stuff directly to the media - and yet you think you can still bitch about the media?

Way past time to retire, now, Aaron - buh bye - you're fired - thank you for playing.

PS - by the way, you were easily and immediately replaced as my sports fantasy co-husband with the quarterback who once idolized you, but added his own unique baseball-influenced way to pass -  the younger, smarter, better-looking Patrick Mohames, who clearly also has more  basic common sense as well :p 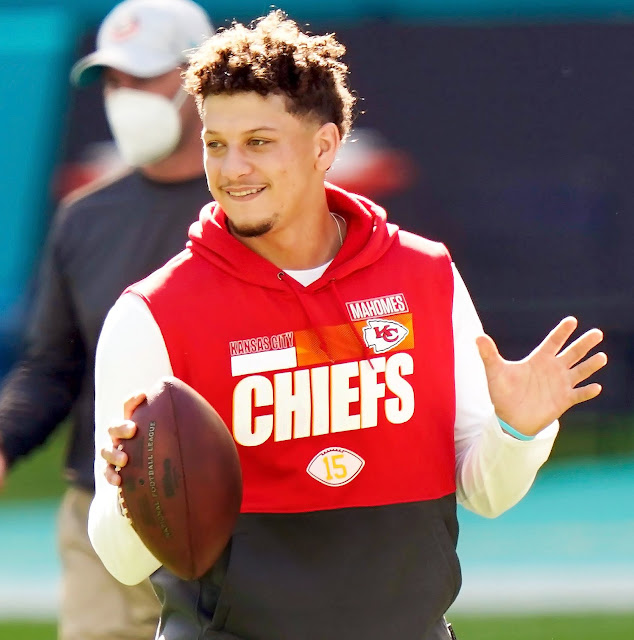 Welp, the good news is, neither Aaron, nor his family, nor his fans, can scapegoat/blame this  possibly-career-ending fumble on Olivia Munn.

In fact, somewhere, I can imagine that the very beautiful, very talented, very intelligent, very woke, and very pregnant (comedian John Mulaney's child) Olivia Munn -  who's career was virtually destroyed because of her relationship with Aaron Rodgers, after constantly being blamed when he effed up on the field -  is now smiling to herself :) 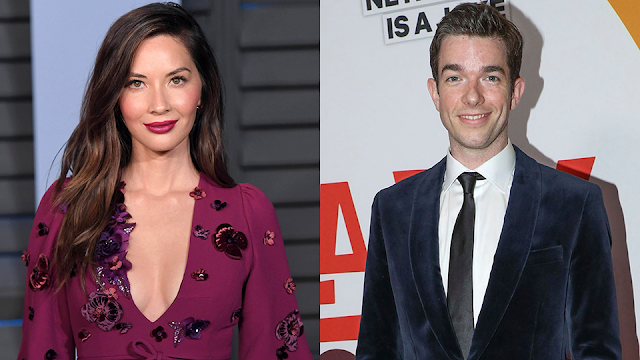