Ya know, to replace Aaron Rodgers, who had to go.

So I already added Patrick Mahomes to replace him in sports last week, but I've now gotta add Simu Liu now, for both sports and acting, because I have a mad crush, after watching Shang-Chi and the Legend of the 10 Rings.

I already dug him in Kim's Convenience, but watching his mad agile martial arts skills and agility in Shang-Chi, it's now full on crush!

(Shh, I know, he's young enough to be my son, but this is a fantasy celebrity marriage anyway! lol.) 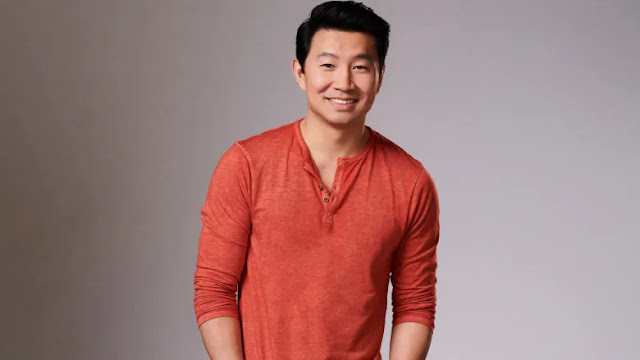 Welcome to superstardom, Simu, you're not in Canada anymore - you're in the big leagues now!

And look at him on Jimmy Fallon playing the Beat Saber virtual-reality game with flare.

The game goes on forever and Jimmy goes first, and Simu is second at about 3:10 -  but look how he does it with style :)

At first, he dances a little, then when he gets used to it, he's got some serious sword moves (and drummer moves) lol.

Of course he won, he crushed it :)

Note to Marvel/Disney for the sequel - give this man a jian sword! :)