So ... Colin Kaepernick "Should Be Fired" for Protest, But Not Aaron Rodgers? Nope, No Racial/Political Double-Standards Here ;)

So in 2016 - four years before the murder of George Floyd by a police officer over a $20 counterfeit bill, without resisting arrest -  Colin Kaepernick kneeled for the flag, protesting police brutality and racism. 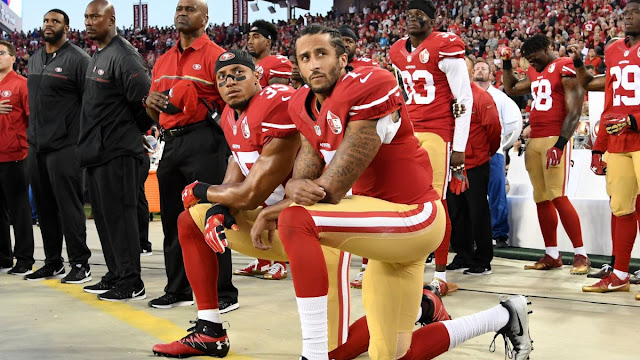 Trump then stated that NFL players who don't stand instead of kneel "should be fired immediately" for their protest, and that they're "ruining the game."

People essentially called for Colin's head on a platter, and he was not signed with the 49ers the next year, nor to any NFL team, ever again - career now ruined.

Aaron Rodgers misleads his teammates, other teams, and the American public about his vaccination status and defies the NFL's vaccine mandate (apparently telling legitimate science, valid data, his own union, his bosses, and common sense to F off,  in favor of advice from uneducated, UFC commentator, Joe Rogan) -  potentially putting hundreds of lives at risk. 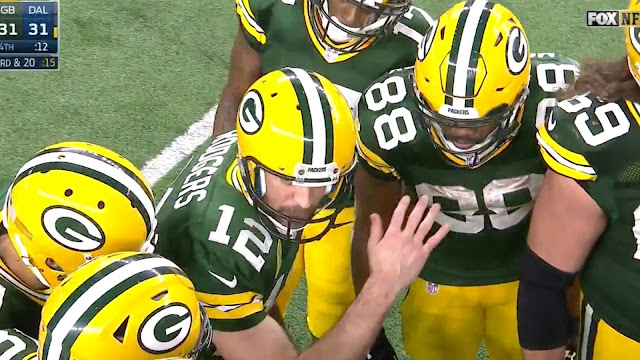 Complete silence from those same mouths?

No suspension for Aaron Rodgers -  at most, he may have to pay a small fine - if that?

Nope, no racial or political double-standards in America, no sirree! ;)

Aaron Rodgers may be right about betting against the NFL doing anything to him - but I'm not sure he realizes that in doing so, he also has just single-handedly proven Colin Kaepernick's point and reason for kneeling - that there is a double-standard when it comes to race, and that white-male privilege and power abuse is still very alive and well.

Clearly, Aaron Rodgers had no idea what "woke mob" meant when he said it about vaccination, because "wokeness" has absolutely nothing to do with vaccination, it's about socioeconomic inequity, particularly with regards to race (see two posts below) - but he's about to find out - likely from his own team's blockers and the other team's defensive linemen lol.

Oh, and by the way, Aaron - you also said that you "have the right to decide what goes in/happens within your own body" - and that your decision was made based on "fear of infertility/sterility" (despite there being zero data or evidence yet to support that the concern that vaccines causes sterility is a valid one).

So ... does that same rule also apply to women and their reproductive concerns - meaning they should be allowed to decide what happens with their own bodies, and that they shouldn't be forced, by government or private company, either to get an abortion or NOT get an abortion?

Or does this rule only apply for men such as yourself  - yet another shining-example, poster child for the stereotypical whiny, over-privileged, falsely entitled, white male?

That should teach you to think more before you speak - especially about how many different kinds of cans of worms you're actually opening -  as well as that the press isn't always to blame for your sounding like an insane idiot in interviews -  nor can we blame women and relationship troubles for this fumble, because Olivia Munn was long gone/nowhere around to blame - this one's all you :)