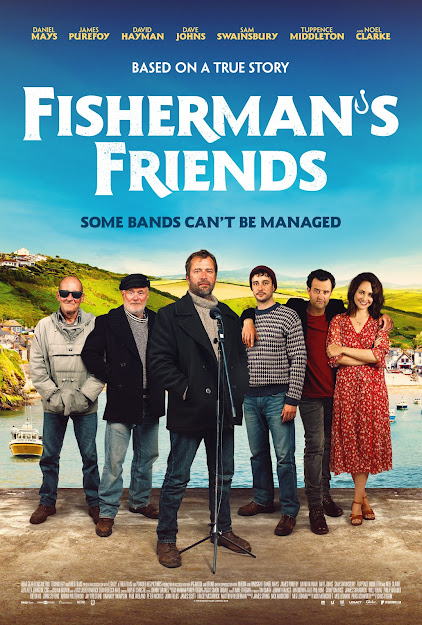 Thoroughly enjoyed this film, loosely based on the true story of Universal Records signing a group of fishermen from Port Isaac, Cornwall in the U.K., singing old sea shanties.   They were discovered when BBC Radio's Johnnie Walker heard them while in vacation, then had his manager come listen to them, and the rest is history.

In America, "shanties" are mostly associated with a small thrown-together houses for the homeless, deriving from the small, thrown-together, clapboard houses during the Great Depression, i.e. "Shanty Towns."

In the U.K. and Ireland, however, "shanties" also mean fishermen's folk songs, which are sung a capella while working - many of them are centuries old.

Their first album with Universal, Port Isaac's Fisherman's Friends, was recorded in St. Kew Parish Church in Cornwall for acoustics. The album made it all the way to #9 on the U.K. charts in 2010.

Here are the real Fisherman's Friends versus the actors that play them ... 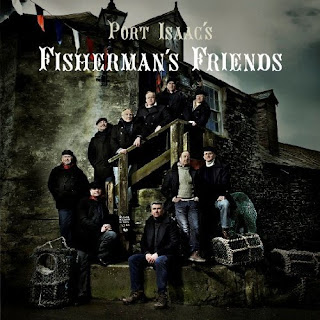 Though they songs are often sung a capella, they have since added a few simple instruments for accompaniment.

Below are some samples of their songs, and if the scenery of Port Isaac looks familiar to you, it's also where the series Doc Martin is filmed (although it's called Port Wenn in the series). 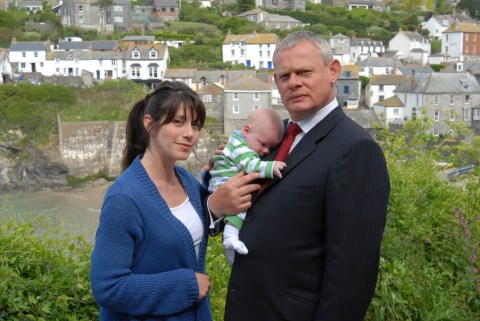 Mark and I are big fans of the show, as we love shows with quirky characters, and Martin Clunes, who is a huge goofball ordinarily, plays a very Aspergerey, serious role,  but still manages to be funny doing it.  Last season, Sigourney Weaver came to town, so it will be interesting to see where the next season goes,  which I understand will be its last.

Regardless, Mark and I would love to visit Port Isaac someday :) 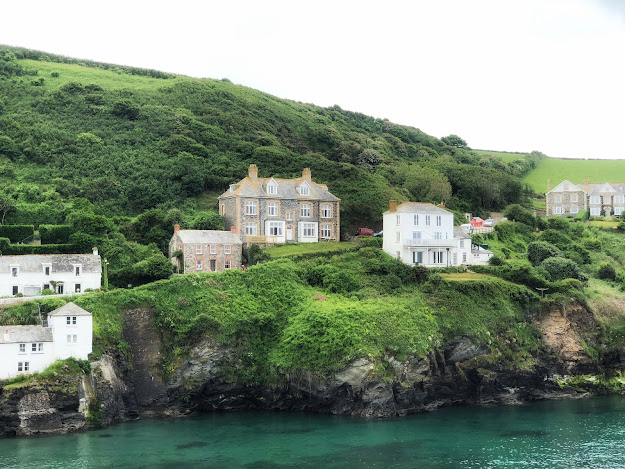 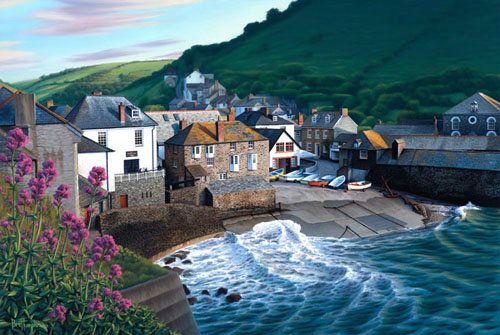 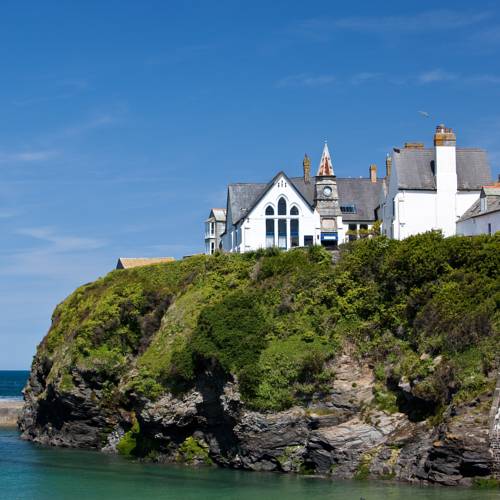 So without further ado, starting with the song everyone knows, "Drunken Sailor," ending with their biggest hit, "No Hopers, Jokers, and Rogues" ...