Searching for the Perfect Tea ...

So after being diagnosed as prediabetic, a few months ago - despite not being overweight or eating many sweets (sweets are too sweet for me, always have been) - I decided the problem was pop, which I was drinking all day, every day, to stay alert for work.

Thus, I'm trying to replace the morning caffeine with something else, and I've been trying various breakfast teas.  I first tried a green tea with ginger/honey mix, but it immediately bothered my stomach. Your basic Lipton is, well, boring - and I don't want to add any sugar or sugar-containing products or processed sugar substitutes, to make it more interesting.

Right now, I'm doing Twinings Earl Grey with skim milk for breakfast, with toast (to avoid the stomach upset I experienced early on), and that works for me :) 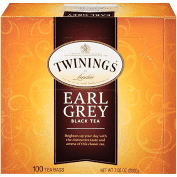 However, the problem is what to drink with dinner?  Water just doesn't cut it with the more flavorful meal that is dinner, juice is a sugar problem, milk is carby, too, and I don't want to develop a new vice of expensive wine with every dinner, so what to do?

My optometrist - who is from Toronto and is awesome -  said she used to be a morning pop junkie, but replaced it with blonde-roast coffee in the morning, for taste, and for dinner, she has water or brews white tea, which is sweeter, and suggested I try that.

However, she warned that though naturally sweeter in flavor, without the risk of boosting blood sugar, it also has the most caffeine, and to be wary of this near bedtime.

She also advised to not just do the boiling water and steeping the tea bag in your teapot or cup later, but actually brewing it with 5 bags in a coffee maker or tea brewer. 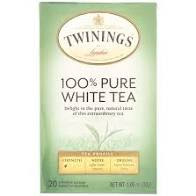 I can only do the really fattening, sweetened kind, like cappuccino or lattes, and that's as sugary/carby as pop.

However, my optometrist says that the problem is the coffee most people drink, and to do some digging to truly do and brew coffee right, so I may check into that too.

PS  - BTW, I'm seeing an optometrist not only for the sudden need for stronger glasses, but because of extremely dry eyes causing bothersome irritation, for which I'm now on drops several times a day - not due to prediabetes, but hormone changes.

Once again -  FU, menopause - for taking away so many natural protections against health issues, all at once/within a few months!

As IF it's not bad enough we're aging women who can't have children anymore, let's throw in that we're losing estrogen, which protects us against cancer, causes dryness and thinning of multiple mucosal-lined, epithelial tissues (including your eyes and your gums), protects against heart disease and insulin dysregulation, guards against colonizing bacteria (particularly urinary), and a plethora of other things I don't even want to think about, right now, as I have my hands full with the other results thus far lol ;)
In fact, having previously been very healthy, in life, I've never been to the doctor more than I have in the last year, during COVID, of course - but no worries, nothing too troubling - about 99% of them were either caused or worsened by menopause/hormone imbalance, we're treating with hormone therapy, which in most ways, makes things better, but in some ways, makes things worse - but I stay on them for the "better" things :)
My optometrist said something like, "Isn't it fun?  A lot of these things have likely been building for a long time, but the swinging, then bottoming out of estrogen, at all-time low levels during menopause, makes these things reach a boiling point to where you notice them, and thus makes it feel like everything is deteriorating all at once, for extra fun lol.  The good news is, a lot of them will self-correct (find homeostasis) once you're through it.  Others will need some work"
Amen.
Again, FU menopause,  I hate you lol.  And I don't use the words "I hate" lightly, and never with human beings or anything else in nature.
In fact, the only time I use the words "I hate" is with cancer, AIDS, recently COVID, and menopause lol.
And I'm NOT using the word "hate" in these circumstances because I'm hormonal - I'm pretty sure lots of people have used the word "hate" with these issues, especially COVID, both male and female, at this point lol.
Also, not that life-threatening disease and menopause should ever be lumped together anywhere near the same bucket - but I use "hate" with all of the above as they actually have no one to blame, and they all do legitimately suck, for different reasons lol.
And damn me, for not correcting bad habits sooner, too -  but then after beating myself up for an exorbitant amount of time, which only worsened my reliance on bad coping skills like pop and smoking, I've decided just recently to cut myself some slack as self-shaming is counterproductive to change  - because besides crippling anxiety, once upon a time, I needed quick stimulants like caffeine and nicotine, when working two and three jobs to survive, but I reckon I can chill on that now ;)

Interestingly enough, using some special new tests, she also amazingly correctly diagnosed my having "hyperalert eyes" - without knowing I had PTSD first.

In other words, she could literally see my PTSD in my eyes, without my having put PTSD down on my medical history or having mentioned it, because I didn't think it was relevant to eye issues.

Apparently, these tests are often positive in the intelligent, those with ADHD, the hyper-anxious, or those with recent trauma and/or chronic PTSD.

Well, that's most def a check for the last two, for sure lol.

(No ADHD, though, because people with ADHD also test with accompanied darting eye movements, when focusing, which apparently I didn't have - just symptoms of overly quick efforts to focus.)

The problem with that is, it results in the eyes weakening at a faster rate with aging, because anxious and/or PTSD people definitely rush to focus faster :/

Interesting, that you can actually see physical evidence of PTSD now, both neurologically and in your eyes, isn't it?

And ADHD, too, for people who struggle with that.  Amazing :)