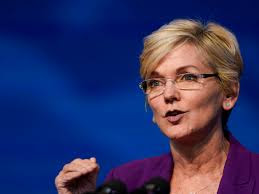 Okay, yes, I'm a Democrat and I love Biden - but I'm also fair and critically think.

Thus far, I've been pretty happy with him refusing to comment on Trump or his impeachment and focusing on more important issues like COVID policy, as well as other policies that have been - erm -neglected for the last four years.

However, unlike Trumpers, I don't have a cult mindset about Biden or being a Democrat.

This means that not only do I not check every single Democrat box (because I consider each issue independently of the other),  but I also won't pretend everything Biden says and does is perfect, or gospel truth, refusing to really examine his decisions, even critique them, simply because I'm afraid of what I voted for, being willfully ignorant and blind to facts about him.

That's one of the big differences here in America between Republicans and Democrats post-Trump, at this point, though it didn't used to be   - Trump Republicans do a lot of denial, minimizing, or pretending, and saying a lot of "Check every box, agree with every little thing Trump/the GOP says or you're a RINO."
There are no gray areas in a post-Trump GOP world - you fall in line, everyone must agree with every single tenet and never criticize your own in the GOP -  or else.
When I swear to goodness, if anyone from the Democratic Party ever pressured me (like Republicans do to each other) and said:

"Anyone who doesn't agree with us/Biden 100% on politics or our version of Christianity is a fake Dem and Christian; a DINO and CINO" ...

"Ya know what?  You're right, by your definition, I guess I'm not a Democrat or Christian. I'm my own person with independent thoughts, interpretations, and beliefs and I should be allowed those things without being called a fake anything."

"Because you DO realize that my having separate, independent opinions on subjects, rather than pretending along to assimilate, actually proves that I'M the one being more genuine and YOU the fake? lol."

"Whatever - there's the door.  Bye!  Goodbye, good luck with your self-pigeonholing and cyborg-like group assimilation into a single identity, and good riddance!" lol

But see, that would never happen - you've never once seen us Democrats ever call someone a "DINO"  :)
That is because we don't wrap our entire identity around being a Democrat or being American, trying to shove everyone into one neat little box, simply because it makes us feel more comfortable, validated,  and in control; in fact - *with some exceptions* - we Democrats not only allow individual differences, we welcome them.
We're proud Democrats and Americans, sure - but before we are those things, first and foremost, we're proud humans;  and for most of us, our core values come before our political, national, or ethnic identity :)
(In fact, we do so much listening, trying to be sensitive to, and considering all group voices and viewpoints that the Republican critique of us Dems not getting much done is likely true and may need work lol.)
At most, we may say things like, "Oh, he's one of those Dems that hates racism, but is anti-gay marriage and anti-gay discrimination protection, because he still believes being gay is a choice" or something like that.
Not necessarily said in a bad way, just an explanation-of-differences kind of way - so you realize what subjects you can discuss/agree upon and what you can't (or should tread lightly on), beforehand, to avoid conflict ;)
However, what we do NOT ever say is: "He's a DINO!  Out, damn spot, out I say!" lol
*A quick aside for my British readers* - do note that there are a lot of differences between American Conservatives and British Conservatives that you may not be aware of.  For example,  the majority of our blue-collar laborers, as well as many labor unions, are members of/support the Republican Party/Conservative candidates.
It hasn't always been that way (probably within the last 30 years or so), but yes.  It doesn't make a lot of sense, I know, but it's true - the wealthy producer class and their blue-collar labor are on the same political side, here in America - they're not on opposite sides of the political spectrum and two separate parties, like they are there.  There are other differences, but that's one of the most glaring differences.
In fact, your basic majority of British conservatives are more socially liberal than American conservatives on things like gun control, race and faith, as well as economically liberal/more supportive of the government being in control of certain issues like healthcare and climate change, which makes them more like moderate Democrats here in America.
Your alt-right and far-right minority of British conservatives would be like our majority of American Republicans and Trumpers, and your Liberal-Democrats would be like the small minority faction of Democrats that are the most radical/furthest left members of our Democratic party; i.e., AOC and others.
Regardless, back to my point - no one is perfect, everyone makes mistakes, and we are a much stronger, more mature society, if we admit those mistakes, talk about them, and learn from them, rather than so much flat-out denial, blind loyalty, and pretending with Trump. ;)

Thus, my husband and I are pretty disappointed about Biden putting Jennifer Granholm in charge of energy - especially my husband, from Detroit.

For starters, she's a lawyer - she has has absolutely no background in energy whatsoever, besides what little she gleaned as Governor of Michigan from 2002-2007.

Additionally, as my husband from Detroit puts it ...

"Jennifer Granholm lives in La La Land, she has no clue about reality, and she certainly does not know shit about energy, she's a lawyer. It's no different than Trump rewarding Betsy DeVos as Secretary of Education with no experience, just out of political-support reward."

"Now, I like Biden, you know that, but this was a huge mistake and it kinda makes me mad -  I thought we were done with political cronyism when Trump left?"

"Granholm talks a great game - but none of her plans are well thought out or economically feasible, they're pipe dreams that no one can afford, and she does all her untested experimental green-energy changes immediately and sweeping, with no transition time, rather than gradual."

"She draws in Republicans because she wants to cut government spending and waste, then acts just like a Republican - she cuts spending in the wrong areas to finance her pet pipe-dream projects."

"In fact, her second term, she instituted a competition between school choice and public schools on who could make the most budget cuts. I mean, who does that?  Who can be the cheapest on education?  It was crazy.  Why would anyone want to cheapen their educational quality?"

"Of course school choice had more money to begin and lost less, so public education was the loser.  She lost all Democrat support with that, and after her, then Republican Governor Snyder put the nails in public education's coffin in Michigan, which is why I'm here in Kentucky."

"She doesn't know how to prioritize what's really important to either businesses OR public institutions, or balance budgets, because she's a lawyer .  She used Michigan as her case-study experiment and it failed miserably.  She operates in theories rather than reality, and refuses to see that none of her theories ever pan out."

"She came in singing the Democrat song, but  acted like a Republican instead, sinking not only public education, but the car industry by 2008 by making sweeping environmental regulations and changes instead of gradual ones, though they were already barely holding on, which paved the way for Republican Governor, Rick Snyder, to come in and cut public funding back even further, to where by 2011, I no longer had a staff, then a job, in public education, and Flint's water suffered. I'm so pissed at Biden, right now, but I'll get over it.  He just better do something awesome now to win me over again lol"

I can't really say much about Jennifer's job in Michigan, I wasn't there - so I could only add that I don't understand why a lawyer with no experience in energy was chosen.

HOWEVER - I will say the fact that Republicans love her may very well be why Biden picked her, he knew she'd pass the Senate - and he did say (or warn) us that he was going to be a president for all and listen to Republicans?

Yeah, okay, I get trying to be fair - I'm a pretty fair person, too, who recognizes there are several ways to look at issues.

But you can also be fair past the point of reason, to your own detriment, just to prove you're fair - which then becomes about you, rather than the issue at hand.

Not to mention, with today's modern Trump Republicans, they don't want to reciprocate and listen, they want you to agree with them or they'll burn your effin' house down lol ;)

Also, I'm all about holding corporations accountable for what pollution they're putting in the environment, and a gradual change to less reliance on fossil fuels and more focus on renewable, environment-friendly forms of energy, but that will take many years of shifting funds to this research and needs transition time.  It cannot - and should not -  be done overnight.

And I did notice, in reading Jennifer Granholm's Wikipedia page, is that it tells you what she believes in and implemented (which does sound a bit pipe dreamy), but there is no mention of success of any of her implementations - and my husband says that is because most of them failed miserably - with one small exception, community college enrollment for laborers.