I made my blog private again because I only planned on being here a week or so,  but before I go, the Oscar Noms are kinda my "thing," so I wanted to chime in here (previously wanting to be a screenwriter myself).

I won't say much because I haven't seen many of the films yet, this year, but I DO want to point out something that I think has been overlooked regarding the fever pitch forming about the "snub" of Greta Gerwig for a best director nomination, despite her film, "Little Women," getting a Best Picture nomination.

Ladies, I get it - this is not the first time this has happened to a woman's film being nominated for best picture, but being snubbed for a nomination as best director - and it's frustrating.

HOWEVER, Ladies - it's not "all about us," either.

Yes - it IS highly unusual for any  picture to be nominated as Best Film without the director also being nominated for Best Director - male or female - but this happened to both Greta AND Noah for their separate films. 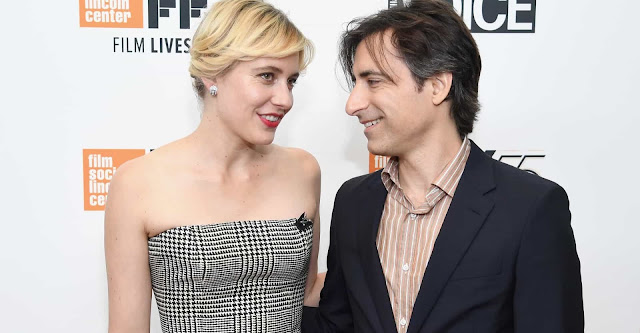 So the real question is not why Greta was snubbed - but why the extraordinarily popular and talented couple of Greta AND Noah were BOTH snubbed by the Academy for Best Director nominations for their separate projects, but both films still got in for Best Picture?

(They also were both nominated in separate writing categories,  best adapted screenplay  and best original screenplay.)

Please keep in mind, this post is written by a woman who told her father at 10 years old that she was going to be a screenwriter and the first filmmaker to win an Oscar for Best Director, but my father laughed at me, saying "That will never happen - women will never win at Best Director because they're not smart enough/good enough."

Well, perhaps he was right about me personally, but not about women in general - because though it took 32 more years, Katherine Bigelow finally broke that glass ceiling and proved my father wrong :)

Let's put it this way - if Greta didn't do a movie this year, then the talk of the day would be why Noah's film got a best picture nomination, but he was snubbed for best director.

Which would have nothing to do with his gender, just why his film got in, but he didn't - right?

With all of the prior buzz about them possibly "competing" against one another for that more personal "Best Director" category, both extraordinarily popular people, I can totally see the Academy actually trying to avoid political backlash by essentially sending this message:


"Yeah, so as not to spark a gender war, in this already angry political climate, I'm not going to choose between them - I'm not touching that with a 10-foot pole.  So  either they both get in or neither gets in, for Best Director, and the likelihood they both will is slim, so I'll just vote for somebody else to avoid the backlash."

"However,  since best picture is a collaborative group effort by many people, while best director is a personal award, we'll put their actual films in. And we'll put them in separate adapted vs. original screenplay categories for writing."

Plus they are both still very young directors, considered babies, in Hollywood in directing terms - it's unusual to get a nomination as a young director, unless you've done something groundbreaking, like Quentin Tarrentino did for Pulp Fiction (though that wasn't actually his first film, either) or John Singleton did with Boys in The Hood.
So this is not that unusual - and yet it IS odd that their actual films were nominated as best picture, leaving them both off - but the situation is odd.

This is groundbreaking new territory we're in, and Hollywood, with as liberal and progressive as it can be with film itself, is often actually very conservative and plays things very safe in their actual award choices.

The other possibility is that despite their talent, many members of the academy just don't like them on personal level - that has happened before, too - internal politics.

That actually doesn't appear to be the case, but you never know what's going on internally despite how people behave publicly.

Regardless, my point is, though we can still keep hope for Academy itself to catch up ( production companies trusting women enough as directors/filmmakers and valuing women's work would help?) - remember, this should be about best work - regardless of gender or race - so let's not do ourselves a disservice as women and MAKE it about our gender and "all about us" either, right?

Having said that, there is no good, plausible reason why production companies won't bank on women filmmakers, who have already proven in the literary world that they can tell a story every bit as well as men can, through their particular lens and perspective,

In fact, that is what film and the Academy Awards is all about - celebrating new stories and new artistic perspectives!
We'd be bored as heck seeing the same ole, same ole, all the time.

I mean, there was a time past, in the 80s, when we all started to go: "Yawn.  Scorcese, Coppola, Spielberg, De Palma, Landis, and Stone - again.  Yeah, yeah, they're great, we get it and agree.  But we're getting bored.  Let's give someone else a turn?  ANYONE else? PLEASE?"

(I mean, I don't know about you, but even now that happens - i.e., I am now sick to death of superhero movies.  There IS such a thing as too much of a good thing.)

As a one-time aspiring filmmaker, I can see what's fantastic about the above people, they're masters - but at the same time, as a woman, though I appreciated being more educated on the the male perspective of what war-time is really like for men -  and the inner workings of the mafia (I guess?) - with the exception of Spielberg,  there really wasn't much in there for women to relate to and their stories weren't told.

I mean, I would like to know what it was like for these wives and mothers waiting for their husbands and brothers and sons to come home, too, as well as nurses, etc. (who especially have stories to tell about the men they cared for).

Or what these mafia wives think about what they're husbands do -which is why the Sopranos was so popular with men AND women, by the way ;)

So I don't get the problem - and if the real problem is that the worst male-baby fear is that a "controlling bitch" might end up being in  charge - erm -  many directors are already famous for being demanding, controlling a-holes, so it's not like that would be unusual behavior in that field, already, but give us a chance? lol.

What would be easier for me personally, was if I lost and hiding that disappointment, but celebrating like I won anyway because my husband did and we're a team, because I've done that many times for not just my husband, but people I care about  - and yet still awkward, right?

It can be done, but it would be tough, right?

Regardless, go Gerwig/Baumbach combo in the future, you two have defied the odds and made it work, and it must not be easy.

Your "(Non?) Marriage Story" will be an interesting possible future movie in and of itself!?! :) 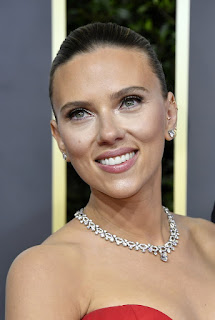 Don't get me wrong, I'd probably like her, as a person (based on what little I've read, though you never know), and I think she does a believable-enough job with her roles.

It's just I'm just not sure I've seen the emotional depth and range required for an Oscar, from Scarlett?

But perhaps I'm wrong and should see these movies - I mean, we've been surprised by people in a particular performance, so who knows?

It's just I get it when  Cate Blanchett was double-nominated, but she's an outstanding, versatile actress, with a proven record of depth and range of conveying emotion.  She can play anything - good girl or bad girl, young or old, school-marmish mom or sexy femme fatale, meek and vulnerable or hardened, ball-busting B - and every color-mix complex character along the spectrum in between. 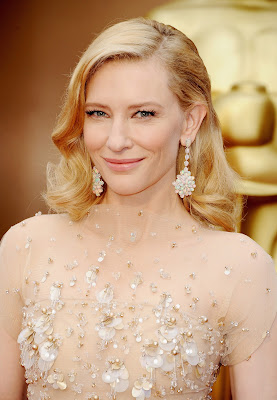 As for Scarlett - well?

She just seems to always kind of play herself, reacting to different situations, at least appearing to never getting too emotionally invested in anything that happens to the character -  am I wrong?

Perhaps I need to see these films, but I have yet to be impressed by Scarlett's actual acting range and depth - am I the only one?

I'll try to keep an open mind when I see these films, though :)

PS - Bravo to Netflix, though, for upgrading and crossing the barrier to finally making the grade for your films to be Oscar-worthy ( I knew you had it in ya ;)