PS - The Mastodons and Mammoths in Mexico Question

*Edited - reputable links added to the most recent findings of mastodon and mammoth bones in Mexico, with evidence also suggesting they were hunted by humans, dating 10,000 to 15,000 years ago.

So my husband, Mark (who was not on this trip in 2002, I was previously married) posed a question, after the below post, which I had previously considered a possibility, and it's a great question:

Could the Mayan elephant carvings be depicting personal experience with mastodons, considering recent evidence of their existence longer than we thought in Mexico?

I had previously thought about this, but it wasn't a part of the discussion I had with Abel, it was a later afterthought, so I didn't mention it in the post below - but I had already ruled out that possibility. (Nevertheless, I should've mentioned it and why I had previously ruled it out.)

Because even with new evidence found that Mastodons and Mammoths existed longer in both North and Latin America than previously thought (10,000 to 15,000 years ago), and that early prehistoric humans hunted them - they were still prehistoric creatures, still gone by the time of Chichen Itza (600 AD to 1200 AD) - so the Mayans at Chichen Itza still couldn't possibly have ever seen mastodons. 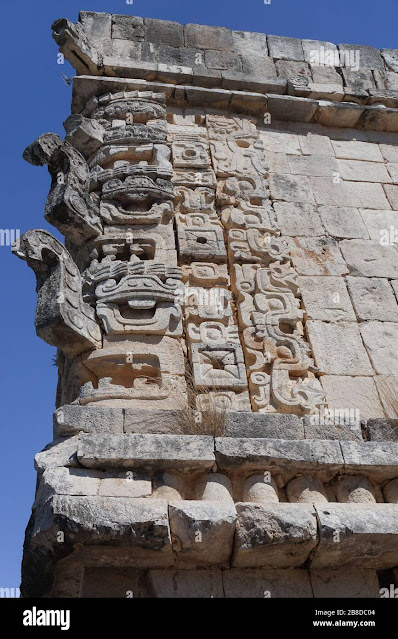 (This one is actually at Uxmal, Mexico, rather than Chichen Itza,  - just showing you one of the clearest examples of these Mayan "elephant" carvings  - and yet still, even Uxmal is 600 to 900 AD rather than prehistoric).

Here's another article, from the Yucatan times, about a mastodon discovered in Puebla, Mexico, in 2019 - 10,000 years old.

This one from the NYT, reports a more recent discovery of 60 actual mammoths in Mexico, just north of Mexico City, just 15,000 years old

HOWEVER, there is a somewhat related possibility that I'd thought of after my discussion with Abel that I didn't mention in my last post and should have.

Remember that Meso-American mythology worship Kukulkan (Mayan) AKA Quetzacoatl (Aztec) is a feathered serpent  - what Asian and European cultures might call a "dragon" -   except that he can speak/communicate, has human-like qualities - as their main deity, which their ancestors said "disappeared" but would return some day. 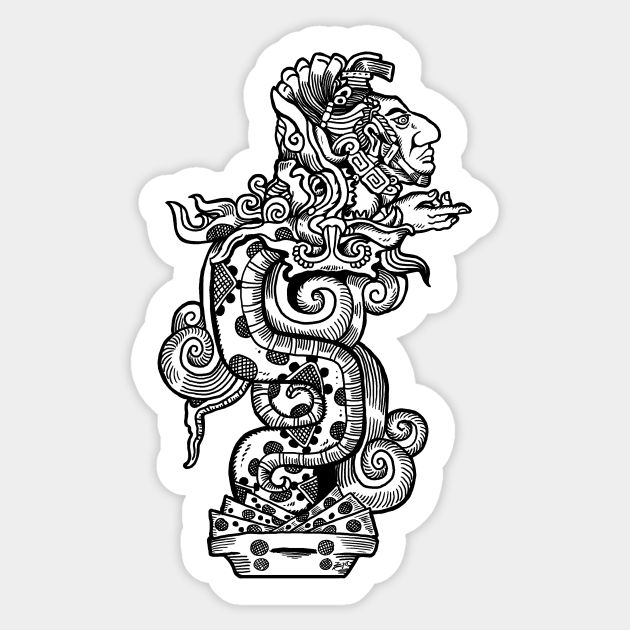 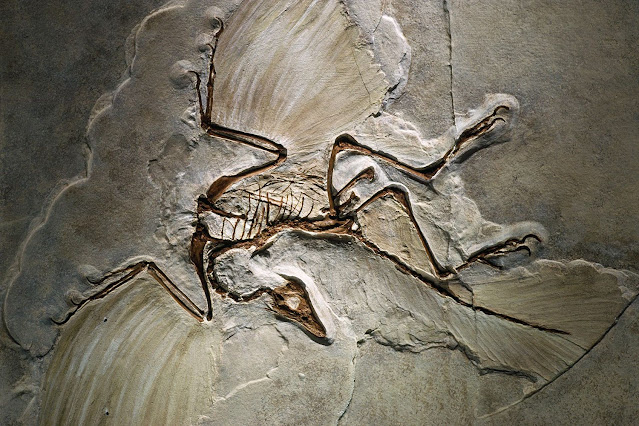 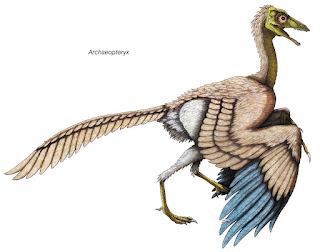 Illustrator's recreation depiction of what an archaeopteryx would've looked like.

Not a "dragon" -  too small - but the closest actual once-living creature to the mythical creature of a dragon that we've got.

So though the Mayans at Chichen Itza may never have seen a Mastodon or a Archaeopteryx for themselves, that doesn't mean their ancestors didn't - especially considering now that we know some species did still exist at the same time as early humans.

So what if the Mayans at Chichen Itza were simply worshipping/depicting prehistoric animals in their art that they'd never actually seen themselves, but their ancient ancestors did? :)

So though not part of the original discussion with Abel, this aspect is still on the table of possibilities, so let's make that Theory #3 and the most likely explanation (although not necessarily exclusively, it could actually be a combination of the three)  - that the Mayans were worshipping/carving in their art some prehistoric creature that they'd never actually seen themselves, but we now know is possible to have existed at the same time their ancient ancestors did - much like we Christians worship/depict Christ, despite never having seen him ourselves :)