Bob Saget, 65 - from Full House and the first host of America's Funniest Videos - known as the nicest comedian in Hollywood - was found dead in his hotel room in Orlando, just after returning to stand- up and after tweeting this  ... 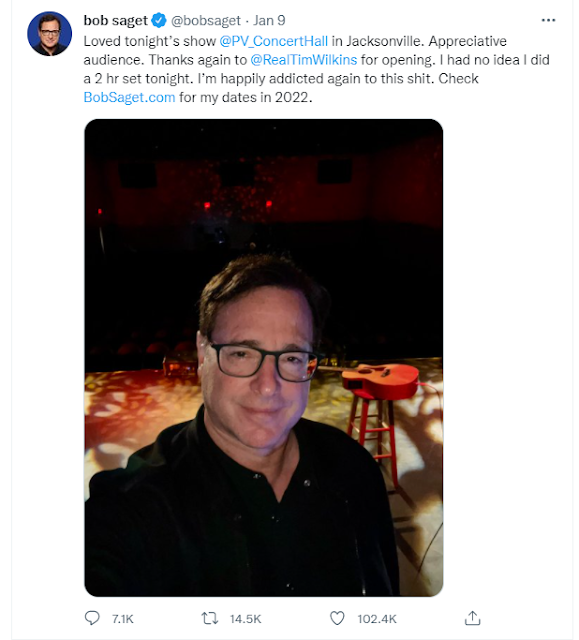 That is absolutely heartbreaking :(

(No signs of foul play or drug use -  medical examiner will determine the cause of death.)

You know someone was beloved in real life as well, when comedians on both sides of the political fence - Jon Stewart and Tim Allen - sing their praises and mourn their loss.

However, I think the most touching tribute came from Mary Kate and Ashley Olsen, the twins who once played his daughter Michelle on Full House ... 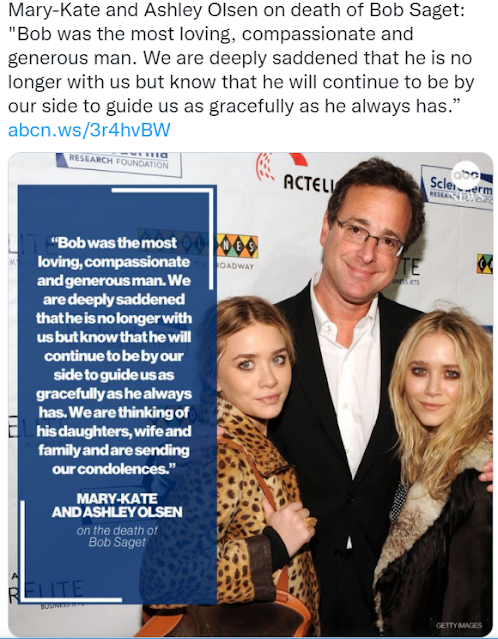 Rumor had it the twins almost returned to do the Netflix reboot solely because of Bob, but ultimately turned it down.