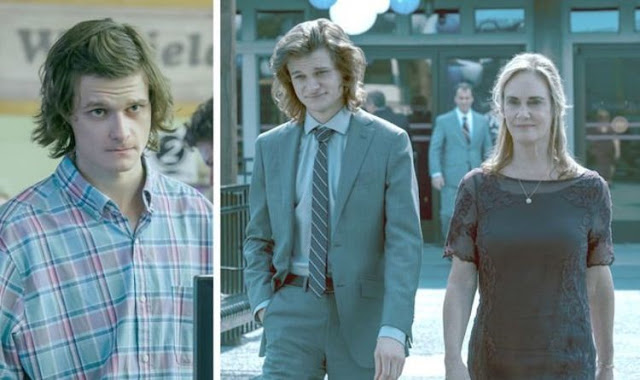 Though a maddeningly passive character, the only true moral center of the show  :(

Otherwise, this is screenwriting at it's best, Ladies and Gentlemen -  they have outdone themselves, this season.

In fact, I don't say this very often, but this show is a cinematic masterpiece, truly - such that I now pronounce Ozark the the best TV I have ever seen - absolutely brilliant.

Incredibly smart, creative plot, and though inspired by Breaking Bad, which is a plot we didn't think possible was to improve upon, but Ozark somehow does, upping the ante, with no loopholes in the story, complex, layered characters, brilliantly acted, clever dialogue, suspenseful scene, light, and mood setting by the director, such that  the backdrop becomes its own character,  old-school metaphoric symbolism, like a novel, and last but not least, though I did predict a few events, there were still a few plot twist surprises that even a movie veteran like me didn't see coming - excellent.

I'm the next 7 episodes released later this year will sustain the quality and won't disappoint ...

Considering this season is the finale of the show, and it's pretty clear that likely no one is getting out of this alive anyway, I really hoped Darlene and Wendy would end up in a room together, with those two crazy B's  tearing each other apart, but I guess that's not going to happen now lol.

Take it all down with you.

I mean, could you blame her, at this point?