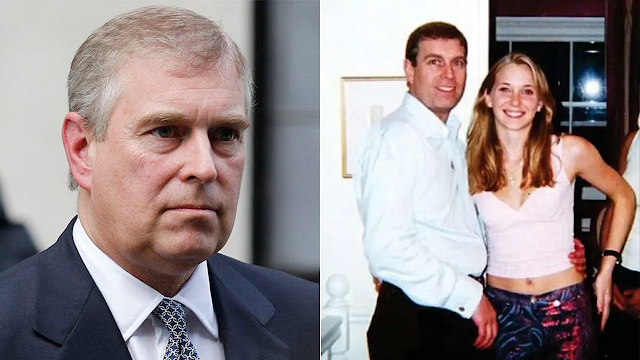 Apparently, the business that is the royal family - with approval by the Queen herself - has approved stripping Andrew of all royal titles, including military titles - so that he can be tried as an ordinary citizen in the United States for sexual abuse/assault of a minor.

Pay attention, those that say that current royal family covers up everything -  they're letting Andrew face the consequences without any royal or financial support on this one - he's on his own :)

They may still drag their feet on things and fail to address things directly  - and the business that is the royal family may use tricky, vague language - but they're not covering up this one, now, are they?  :)

Queen Elizabeth is not playing, clearly.

(Mummy's mad and mortified - and I don't blame her.)

Poor lady - I just hope she survives this latest round of heartache :(

Now - does anyone else find it odd that the only person that has been investigated and prosecuted in this Epstein sex-trafficking thing thus far has been a woman -  and the only man that Maxwell allegedly trafficked to that's being investigated/tried - is a British royal?

Like Prince Andrew, Trump and Clinton were both friends with Epstein and frequently hung out with him/went to his parties - and both have been accused of sexual harassment and assault previously - so what's the problem with investigating them?

We're too afraid the white American men we've put in power, on both sides of the political spectrum, are actually power-abusing, creepy criminals?

Does this mean we care more about political power than we do crime?

It especially bothers me that Republicans  - who are supposed to be harder on crime than we are - turn the other way with millions of dollars in white-collar money crimes, and immediately cry "fake news" with sexual assault/rape/harassment situations -  when it's one of their own :/

We Democrats have totally been behind prosecuting Harvey Weinstein, Bill Cosby, Kevin Spacey, etc. -  and we're open to the possibility that Bill Clinton might've been involved.

That is because we don't idolize our celebrities and politicians, like Trumpers do - we don't consider them the hands of God, or even "chosen" or "blessed" by God.

So what gives - can't you even consider the possibility that one of your own might've been involved in the Maxwell thing, or committed any crime?

Well, you may be re headed for a rude awakening, then, blindly believing that - because eventually, someone's going to come along and take advantage of your blind faith that no one in your party could be guilty of anything - and likely already have - and his name may be Trump ;)