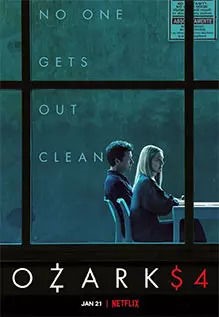 If you haven't watched the whole thing yet, and you're confused about the car accident - I think they're showing the end first, or the near end first -  then flashing back, after that, telling the story about what happened just after Helen was killed in Mexico and since.

I don't care for story-telling done that way, and it's not consistent with how they've done things thus far, but that seems to be the new "Taylor Sheridan" Yellowstone way of doing things - put in something that doesn't make sense and appear disjointed, then explain it much later.  I personally don't care for it, it makes things appear disjointed and confuses the audience.

We shall see if I'm right?

Otherwise, without giving away too much or any spoilers - can I just say that I hope Wendy goes down - hard? 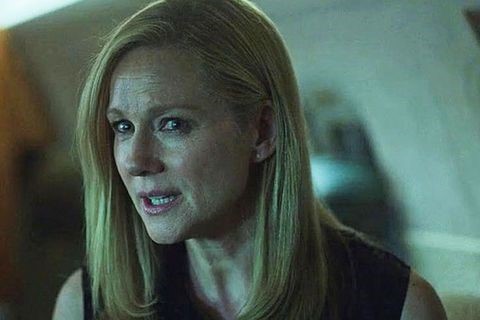 That woman is a manipulative monster.

Okay, everyone on the show is a monster, but she's the worst - actually even worse than the Navarro, the drug cartel lord lol.

Speaking of Yellowstone, again - though Yellowstone isn't even in the same ballpark of quality - what's similar is here's a family that  tells themselves they're doing what they do for their future and to protect themselves - tack on the Byrdes claiming to someday be in a position to help others, too, unlike the Duttons - but it's just a lame justification, just like I'm sure all white-collar criminals and organized criminals do.

The Byrdes had the chance to get out just after they bought the riverboat casino, Marty was ready.  Marty just likes figuring out solutions to equations and problems, "creative accounting," gets a buzz from that.

Wendy, however, is obsessed with power, so getting out was never going to happen, and she's got to drag everybody down with her pipe dreams and her inflated ego which imagines that she can figure this all out.

So I don't blame Jonah for his choices, at the moment, but I feel sorry for him - no option is safe or sane. 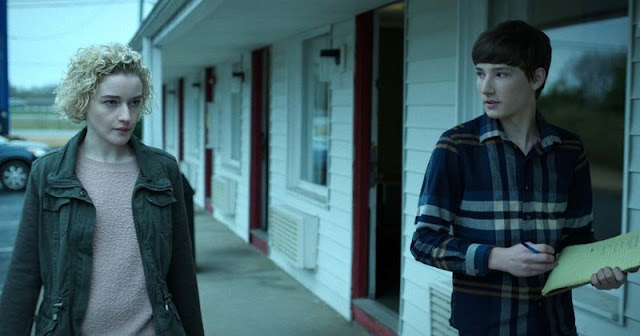 I also feel sorry for Ruth, I always have.  The environment she was born into, and her foul mouth and general demeaner can get her in trouble every time, but underneath that tough exterior, she's actually still a little girl, looking for a dad, a family, and someone to trust.

She also doesn't "use" people like the others, meaning she doesn't manipulate the heart.  She's pretty straight forward - everything is a business transaction to her, there's no sugar-coated manipulation to anything she does, like Wendy does.

It's not that she doesn't lie or withhold key information, it's just that she doesn't manipulate people when it comes to matters of the heart - so no, I don't believe she's "using" Jonah's skills to get back at Marty, as has been suggested by various websites -  it just may be a bonus.

I believe she feels Jonah is a kindred spirit, after Ben and the things Wendy and Marty do - both Ruth and Jonah were both just kids when the Byrdes dragged them into this life  - which is why she keeps handing him a beer.

Remember - everyone keeps telling Jonah to "grow up" and think of the long game, because he's upset about Ben - despite the fact that they haven't let him in on the bigger picture and how much danger they're really in (not that that excuses what Wendy did).

In case you missed it, Ruth handing him a beer twice is symbolic, as in "Welcome into grownup world before you were ready, just like I was."

Don't forget, even though everyone keeps saying she "recruited" him, Jonah came to her with Ben's ashes and a business proposition -  not the other way around.

Now - that is not to say she's not out for revenge at Marty, she most certainly is - but I think Jonah was just a bonus.

Make no mistake, though, she's sharp as a tack and will take you down in a heartbeat if you mess with her.

The one I've noticed this season with her since Ben, even though he's dead - she smiles more at people, just a tiny bit softer with people who deserve a smile or strangers - since falling in love for the first time with Ben.

My husband wasn't a huge fan of Ozark, he liked Yellowstone more, but now he's hooked lol - he said, "This show gets my adrenaline up, man, it's a wild ride from start to finish."

Yep - that's what great screenwriting does for you - and not just the action scenes, but the story unfolding itself keeps you on the edge of your seat (well, except for the new idea of putting the unexplained car accident at the beginning, creating more confusion than wanting to know more, that is ;)