Just a Little Snowstorm - With Brookie, The Snow Princess ... 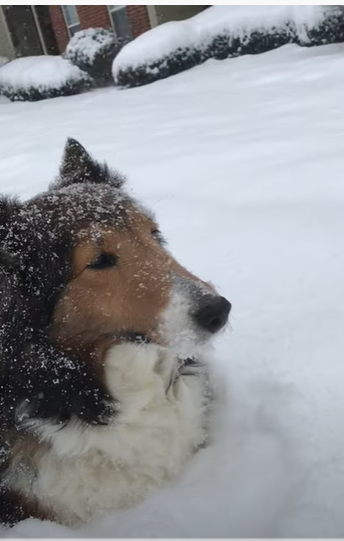 This picture was taken a bit later, after about 6 inches had fallen (and just after her doggy snow angels - see video below ;)

(*Edited - added a second video of Brookie, the Snow Princess, trying to catch snowflakes, then rolling in it to make a doggy snow angel,  :)

My husband from Detroit is frustrated because this is no big deal to him, and people here literally drive about a mile an hour when it snows lol.

To be fair, though, this is the first snowfall of the year (late this year) and 3-4 inches is a lot of snow dumped in just the first hour, and they have done absolutely nothing to the streets yet, of course - no pre-emptive salt, no nuttin'

Well, the good news is, perhaps with the snow in DC yesterday, plus more on the way for them tonight, this will deter any Trump idiots with plans to storm the Capitol again, giving them time to literally cool down? ;)

I think it's very telling that the same Trumpers trying to blame Antifa for the capitol storming were/are themselves the only group angrily claiming a supposed "stolen election."

Note Trumpers are also the only ones seemingly overly excited, almost gleeful, about the possibility of further violence and chaos today, rather than concerned ;)

Otherwise, I always love the first snowfall of the year, blanketing and quieting everything, I think it's pretty :) 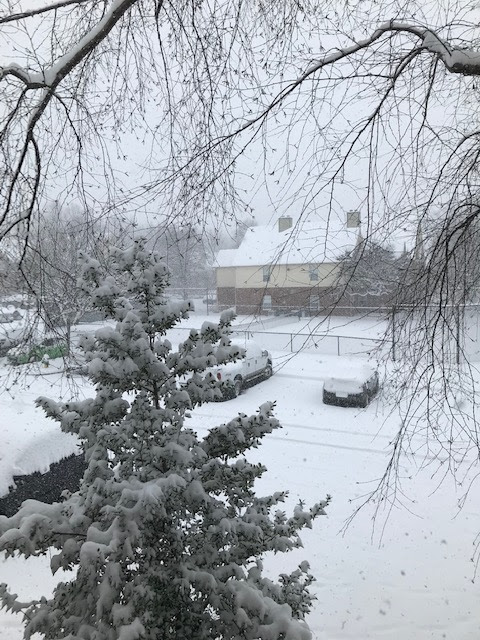 Brookie loves snow, she's a snow princess.  It makes no sense, though, because she hates rain or rain puddles, she hates to get wet (we literally have to carry her over puddles), but she loves snow lol

Here she is, trying to catch the snowflakes, then making a doggy snow dog angel  :)