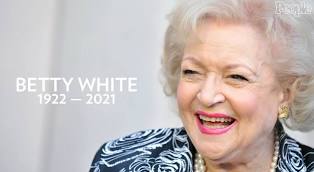 I was just reading about her birthday preparations and her advice, this morning!

And when the news came across, I literally yelled - "Oh no! Noooo! Nope, not Betty White too!  Now I'm SURE the world is ending!"

Not really, of course - but this has been one heck of a week, losing several people considered cultural and spiritual icons, just a few days apart, between Christmas and the dawn of a new year - it's kind of freaky, right?

I mean, I'm sure it's coincidence and there's a well-documented "holiday rallying" that goes on, a sort of "I'm going to make it to Christmas or the New Year" mentality in the elderly and terminally ill -  and yet still, there sure were a lot this week, right?

Probably nothing -  but I WILL say - as crazy as this sounds - or crazier than I normally may sound (lol) - I do feel like something is spiritually shifting, I've felt that way all week.

And yet I've had this feeling all week - which is what these more spiritual posts have been about.

Maybe it's just for us, maybe global.  And I can't tell you whether it's good or bad change - maybe both - but  it feels like something is on its way, something different?

I'm in hopes it will be "The Year of The Great White Settle-the-F-Down" -  but that's not looking too good :)

(And by that, I do NOT mean named for Betty White, who was irrepressible - I mean less noble "whites" who get their "knickers in a knot" over self-induced, paranoid nonsense.)

So maybe it's all just wishful thinking ;) 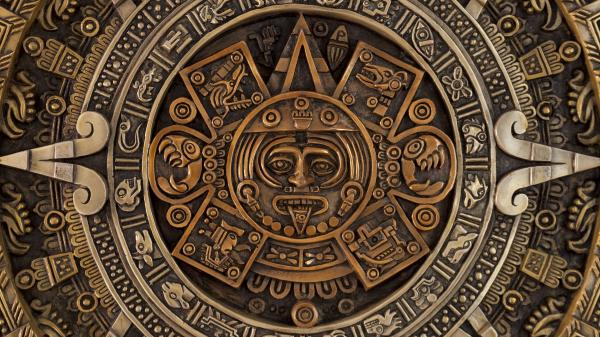 You see, the reason the Mayan calendar is circular (much like a  rudimentary form of Einstein's theory), rather than linear, is the Mayans believe that history will repeat itself in cyclical fashion, broken down by "epochs" of time, with each epoch lasting for approximately 70 to 80 years.

The end of each epoch is marked by a tumultuous transition period into a new epoch, lasting at least 10 years, sometimes more.
The transition is tumultuous because one person, one world power, one political movement, and/or one "energy"  will "upset the balance of power" - essentially, he/she/they will make an unprecedented attempt at total "world" domination (their perception of the world), at "owning the world," in stepping-stone conquests.
But the good news is, thus far, despite owning parts of the world - not one of these attempts has ever been completely successful at possessing all of the world.
That is, of course, because they are met with much resistance from those fighting for freedom and independence - which causes a ripple effect around the world, often lasting at least a decade - and then will settle down back down again in semi-acceptance, regardless of what land or power is gained or lost, which will bubble up again and build until the end of the next epoch.
Examples that match the "epoch ends" on the Mayan Calendar?
Go back roughly 70 to 80 years from 2012 - The rise and fall of Adolph Hitler/Nazi Germany and resulting WW2 (1933 to 1945), as well as the Chinese Civil War (1927 to 1949) both coincided with the end of an Mayan epoch, the transitional period, and the beginning of a new one.
Go back roughly 70 to 80 years prior to that - the polarizing of the U.S. leading up to the Civil War (1860 to 1865) over the ownership of human beings, as well as other major international domination VS. independence struggles in the 1850s and 1860s in Eastern Europe - The Austro-Prussian War, The Franco-Prussian War, The Hungarian War for Independence, The Crimean War, Russo-Turkish War, , as well as the U.S. VS. Apache Wars in the American West.
Go back roughly 70 to 80 years prior to that  -  the "shot heard round the world," The American Revolutionary War (1775 to 1783), then the French Revolution (1789 to 1799) and the Napoleonic Wars (1803-1815), the Haitian Revolution (1803), and the Napoleonic Wars (1803 to 1815) - an extended epoch-end transitional period, lasting almost 30 years.
And so on and so on ...
Now you may ask - as I did -  but WWI doesn't match epoch end, or Vietnam, or the Bolshevik revolution?
Good question - I was told the Mayans might argue that that even though several world countries may be involved, these are actually regional conflicts that are residuals from the epoch-enders - and also, there was not one person or power trying to control the entire "world," just their regional sphere of influence, without using it to a stepping stone to world domination.

Not sure about that - but what they're basically saying is just because there's a major all-time conflict at an epoch's end mean doesn't mean there won't be residual conflicts and wars, that there won't be any turmoil during the epoch -  there most definitely will be.
In fact, social change will be met with much resistance by those desperately holding onto to their power from the previous epoch, even if dying.
Thus, these conflicts are considered residuals and not as dire, chaotic, and world-domination-focused and/or near-apocalyptic/globally war-like as it was at the end of the last epoch.

Now - again, when the Mayan calendar actually ended in 2012, nobody was sure what that meant, including the Mayans themselves lol.  The Mayans didn't predict an apocalypse, though still a possibility, however unlikely.
HOWEVER - the end of the calendar did also mark the end of a Mayan 70-to-80-year epoch.
Thus, Mayans predicted this might the mother of all chaotic epoch-endings, and not just typical end-epoch turmoil stuff -  but the beginning of an all-time global crisis, mass chaos, closer than ever to global war - but no one was sure what that would mean - climate, geopolitically, apocalypse, what?

HOWEVER, despite being written in stone, the future itself is not written in stone - the Mayan calendar also leaves room for us to change our course, for several options at a future, a chance to to change it - each epoch's end is merely test us on how well did we learn our lessons from the chaos at the end of last great epoch end, when the chaos emerged again at the end of this one?
Regardless, here's to hoping the Mayan "epochs" are right and the end-of-epoch chaos is on it's way out, amen? lol

And we thank you -  Archbishop Tutu, John Madden, Harry Reid, and Betty White - for making us laugh, entertaining us, touching our soul, uplifting our spirits, fighting for social change and justice, and/or bringing our country our first fledgling attempt at a national healthcare system - in short, making the world a better place, because you were here :)