Some more sad news, today, unfortunately - Anne Rice has passed away at 80, from complications of a stroke. 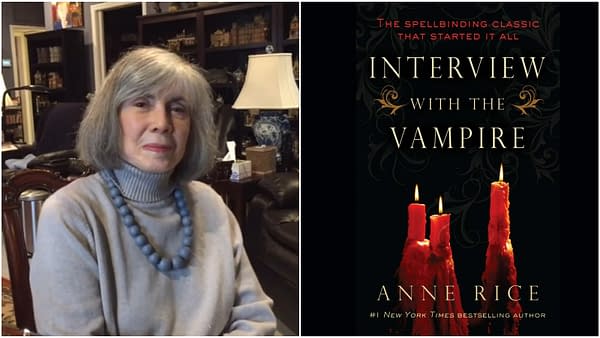 She had moved away from New Orleans to California in 2004, after the death of her husband and her son had moved to California (and just before Hurricane Katrina), citing it was just too hard to live there without her long-time husband, Stan.

She always said she'd return there some day,  but I don't think she ever did - and the press releases don't say where she died.

Like Stephen King, IMO, she was a much better author than the pop-fiction class she was encaged in.   She was initially critically panned, but over time, critics looked back and embraced her works, as is often the cast with new takes on genres.

Regardless, she is largely responsible for making vampires sexy, and New Orleans sexiER.