Our First Date, 10 Years Ago Today: Halloween Party at "The Castle " :)

October 26, 2021 - 10 years ago today - Mark and I had our first official date - to a Halloween costume party at Castle Post in Versailles, formerly the Martin Castle, now called "The Kentucky Castle." 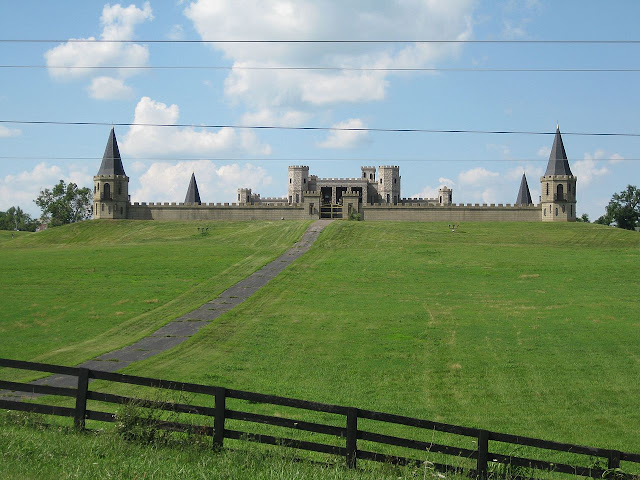 The castle itself has an interesting story.  The Martins began building  it in 1969, then divorced in 1975, so it was never lived in.  Rex Martin then moved to Florida, and thus it stayed empty for 28 years.   He listed it for sale in 1988, but died without selling it, with the castle finally selling in 2013 to R. Post, an attorney from Miami, when it became The Castle Post, a bed and breakfast, which recently sold again, now the The Kentucky Castle, a hotel, restaurant, and spa. 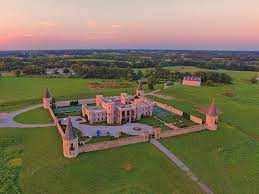 They've lightened up the interior since we were last there,  removing most of the dark wood, which was perfect for a spooky Halloween party.
However, this is the interior today ... 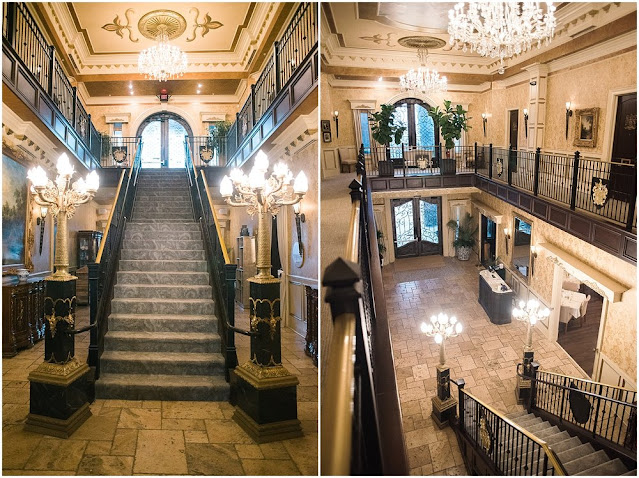 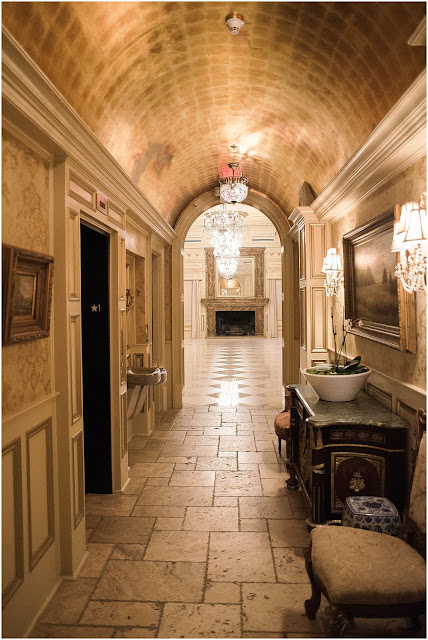 However, it was abandoned so long, with no buyers, it was rumored to be haunted - so the perfect place for a Halloween party!

As for our story, though we had briefly met once, it was essentially a blind date, set up by my roommate at the time, Patti (from Long Island, now lives in Tampa, FL), as Mark was her boyfriend Peter's roommate.

Being that we barely knew each other, we didn't coordinate our costumes; thus we were Phantom of the Opera and a saloon girl? lol.  Oh well, at least they were both 19th century.

Forgive the picture quality - the only ones of us together were taken by my roommate, Patty, who was already three sheets to the wind (and truth be told, so were we, as you can tell by ... whatever was going on in this pic... lol 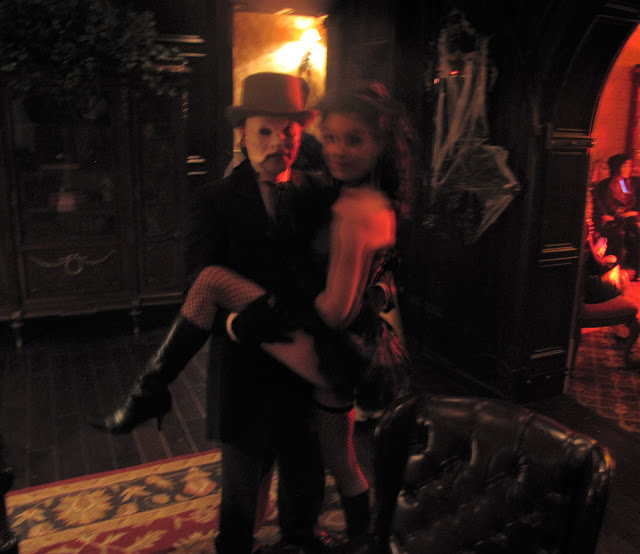 I ... don't know, I have no idea what we were supposed to be doing.  I think the Phantom was supposed to be whisking me away or something. I blame Jagermeister lol.

And here's one I took of Mark, nearly as blurry - but in this one, the blurry works, it makes him look very phantomish and mysterious, descending the stairs ... spoookkkky! ;) 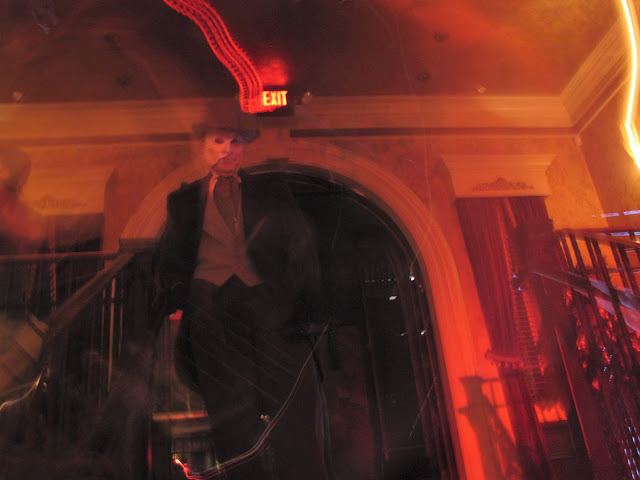 And Patti and Peter, as a Riverboat and/or 20s Gatsby gamblers .... 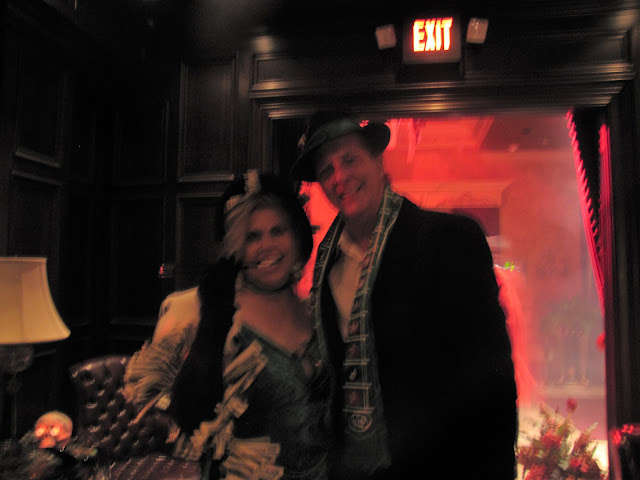 And the couple that won the contest (their costumes were amazing, though we couldn't get a good shot) ... 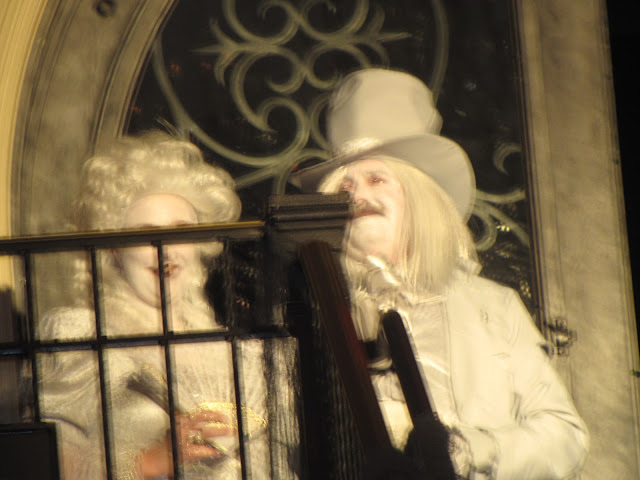 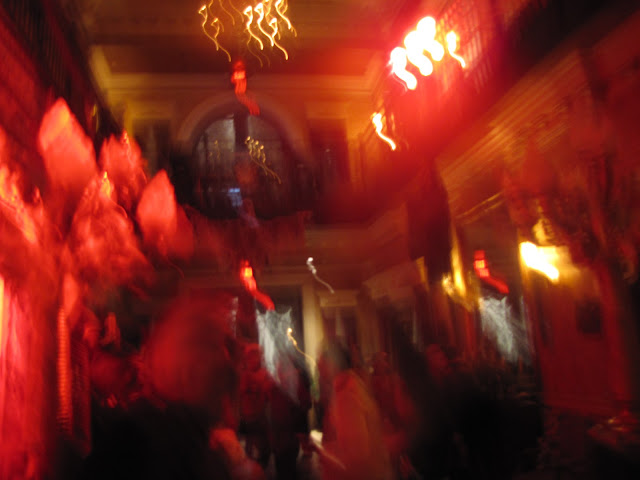 I'm just saying, mind you, the main hall and staircase actually looked like this at the time, only sans the Halloween decorations (not our photo)  ... 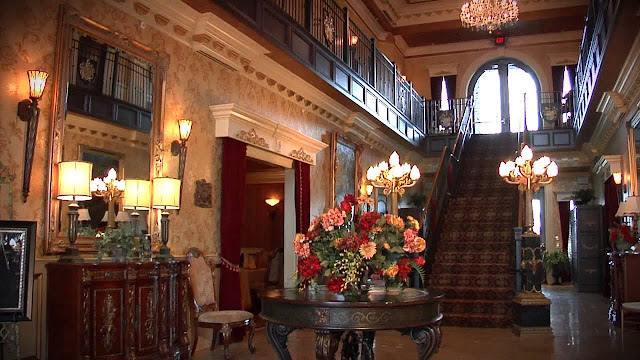 But the picture we took probably more accurately reflected the liquor goggles ;)

(As you can see in the above photos, they've lightened up that room a bit since, but the dark worked for Halloween.)

In fact, the only pictures that came out clearly were the ones Mark took of Patti and me beforehand lol 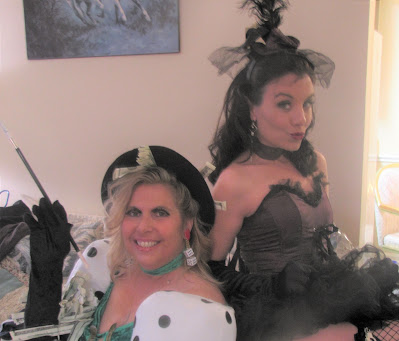 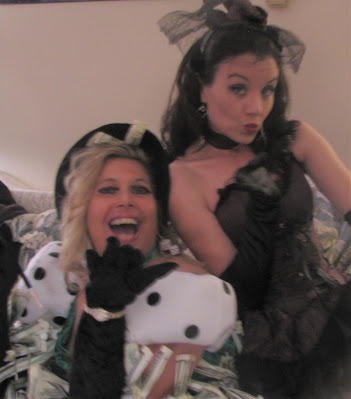 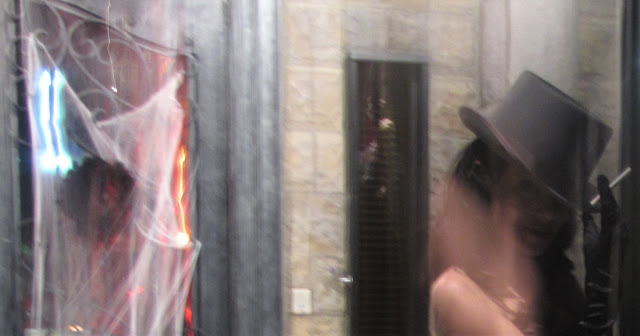 Well?
I liked it better than the little poof-hat I was wearing, which was too small for my big face, and with the wire ribbons, and wayward wire veil and feather, poking everyone.
As you can tell in this photo, I was annoyed with it from the get-go, the moment I put it on  lol ... 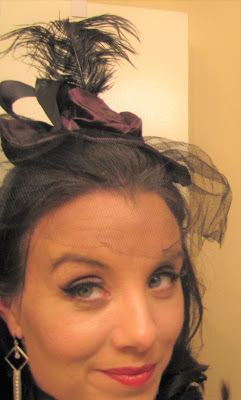 And here's the first picture I ever took of my husband, Mark :) 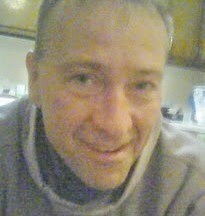