What To Say To Trumpers Who Try To Bring Up "The Economy" As a Strong Point ...

I'm not going to go into the impetus for this post, other than to say that yesterday, my husband was telling someone about what happened to us in Blowing Rock for wearing masks in small stores, presuming she was not a Trumper.

(Whups - that one's on you, Baby, for bringing up politics this time, but you know that now - and ya never know, in Kentucky - never presume ;)

The person immediately responded:  "Yeah, I know Trump was crazy and a bad person, but we can set bad character aside, because he was good for the economy.  I wouldn't let him near my daughter, no, but run the country, yes."
???

So in other words, you think Trump is a crazy and dangerous man - but you're okay with him being in charge of our tax money and running the country? 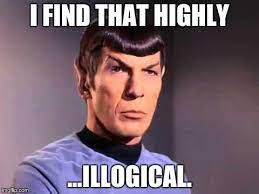 However - in their defense -  because we otherwise respect and like this person very much - this person is also originally from China, and it has been my personal experience that this is a common viewpoint from people from current or former communist countries like China, Russia, and Cuba - and I totally get it.

However, most immigrants from these countries eventually stop clinging to the fantasy of the U.S. versus where they came from, as well as most realized that the person in the room most acting like a  communist propagandist and using communist tactics WAS Trump (lol) - and they aren't willing to sacrifice that much general welfare for a better economy that predominantly only benefits corporate America rather than themselves.
In other words, most people from former Communist countries eventually realize that there is no net-difference economic gain for an average citizen between a theoretical "laissez-faire" capitalist economy (that in practice reality only benefits the wealthiest 1% and corporations) and a theoretical communist economy (that in practice reality only benefits an already wealthy, elite oligarchy).

(Thus, IMO, we should strive for good balance in the middle between the two extremes?  Helllooo :)

In other words, most immigrants eventually wake up to the reality of the actual opportunity in America versus the fantasy that brought them here - which is, if you weren't born here, if you didn't already have money coming in, and if you're not already white and wealthy, regardless of how hard you work or how many jobs - and in some cases, even your education level if from poorer countries - you're NOT going to get rich - unless you turn to organized crime and/or cheat on your taxes - and if you're an immigrant, you ARE going to get caught before white naturalized citizens like Trump.

(In fact, I've met actual medical doctors from Bosnia and the Ukraine working manual-labor jobs in the U.S. because their licenses and education aren't recognized here.)

In all likelihood, unless you had money saved coming in, you will not fare much better off economically than you were in a communist country - and in fact, in some ways, it could be worse, when it comes to access and affordability of healthcare, as well as homelessness and unemployment.

That America, where you could come in with a dollar in your pocket and a dream and hard work  - if it ever really existed (which it didn't for anyone but white people with kin here to begin with) - is long gone in favor of manual labor for corporate wealth.

Plus most Asian Americans are pretty pissed about Trump calling COVID the Chinese Flu and Wuhan Flu, resulting in almost 150% increase in violence on Asian Americans.

Regardless, at this point, if someone tries this argument, it's best to immediately realize that either your values are indeed different - OR - they've developed a bias based on their own limited past unpleasant personal experience and subjective personal belief, which causes them to now apply inappropriate blanket-generalizations to current issues - which prevents them from being able to see the current situation clearly and give an objective assessment  - regardless of their intelligence or education level.

In other words, you're dealing with their belief system, which is emotion-based, rather than reality and fact - so unless you actually want to engage a heated, emotionally-based argument, there's no sense in touching that psyche mindset with a 10-foot-pole ;)

In fact, I would encourage us to do the opposite, when talking with an immigrant from a current or former Communist country  - focus more on listening to/respecting their traumatic experience with living under communism, rather than try to convince them anything about current American politics, because it's the only way they're going to heal and perhaps see things more clearly -  plus YOU might actually learn something about what it was like to live under communist reality versus theory ;)

Also realize what they're essentially telling you is they don't care about anything else but financial provision and safety for just their own families.

Now, having said that - when it's people from communist countries trying this argument, please realize that this is NOT greed or selfishness - it's very understandably still being in residual and chronic financial survival mode, based on traumatic past experience, living in a communist country, chronically impoverished and under extreme government control.

Many still want to cling to the belief and hope that brought them here - belief in the dual fantasies of both equal opportunity in America and that trickle-down economics from corporate America actually works on a national level (though it never once has) -  except in the regional areas of the corporation itself - and often only the HQ region.

No, I'm sorry - you may NOT use "residual and chronic financial survival mode" as an excuse to have the same mindset as immigrants from Communist countries, because even if you have experienced economic struggle in America, you have never experienced that level of either chronic struggle or poverty nor government control.
The unfortunate truth is probably that you're more likely just plain old greedy, selfish, and paranoid that everyone is out to cheat and steal from you, and take away just your personal freedoms without regard for anyone else's (likely projecting your own motivations and actions onto others;)

Now - if I did ask a question, which I likely wouldn't, at this point  - not only because I've heard all of these arguments, but because I'd realize I'm dealing with someone from a former communist country  still in residual financial survival mode, and I don't want to touch that, I'd say:

"Okay, first, let's agree on the definition of the word 'economy' -  what's your definition?"

"Because if we're talking about pre-COVID, and you mean good for corporate economy, then yes, you're right; however, if you mean trickle-down in the form of types of jobs created or small-business growth, then no, I'd need to see some figures on that."

"Figures that also weren't from his first year -  because a president's first year is always riding on the coattails of the prior administration, for better or for worse."

"All presidents try claim that, in the first 100 days, because the trend is for both stocks AND new jobs to increase at the end of the prior president's term, preparing for the future administration, and the next president always tries take credit for it - that's the presidential MO, regardless of party, or overall state of the economy."

"Also, companies like Harley Davidson sold out many stores because of the steel tariffs, including the one here in Lexington -  but then ironically, at the exact same time that he was tough on Chinese steel, many auto laborers such as  GM, Chevrolet, and  Ford all cut U.S. skilled labor jobs in 2018, in favor of continuing to outsource to China and Southeast Asia - AFTER these three auto companies met personally with Trump, and despite record-high tax shelters - which is why many laid-off laborers in Michigan switched to Biden."

Likely, however, I wouldn't even ask any questions along those lines, other than their personal experiences with communism, or bother with that much detail, because you're not going to change their mind, they're not going to listen - they're trying to convince YOU.

Now, again, this was Mark's situation, so I wasn't involved.

However, if I personally hear this again (which I will), I've decided I will now likely say:

"Even if what you were saying was 100% true, that Trump was good for the economy - which I'm pretty sure was only the case for corporate America, based on my research - that crazy, bad character you mentioned still isn't worth the cost of lives and livelihoods to me."

"In fact, some have tried to argue that Hitler was good for Germany's economy - but for whom do they mean,  and at what cost to humanity?

How many human lives and livelihoods did he throw under the bus to achieve it?"

"I'm for a stronger economy, too, but for all Americans, not just the top 1%  and corporations, or it's no different than what happened with the oligarchic reality that is communism versus theoretical fantasy communism.  It creates an even greater disparity between that 1% and middle, working class, and poor Americans."

"Plus add throwing under the bus people of color, other races and faiths, and the already impoverished to obtain a better economy that benefits mostly corporate America and an already wealthy 1%, to include supporting police brutality against them; the loss of lives over lies about COVID to keep people at the polls so he wouldn't lose, as well as treating people like expendable labor during a pandemic; the increase in violence on Asians in America due to Trump calling it the "Wuhan Flu" and "Chinese Flu;" efforts at voter-suppression laws, the storming of the Capitol Building, which should be a off-limits nearly sacred symbol of American liberty itself and sanctuary, based on election lies/refusal to accept he lost; the vicious false accusations, smears, and lies on social media about anyone who criticized him, the general paranoid, fear, hatred, polarization and drama the man created?"

"None of those things are worth sacrificing, to me, for a "stronger economy" that only benefits corporate America and an already wealthy 1% -  I'm sorry."

"So unless you have another point that isn't about benefitting predominantly corporate America, we probably aren't going to agree, so let's talk about something else that we DO agree on :)