We Love You, Simone and Naomi - And an Apology to our U.S. Olympics Athletes for Our Lack of Support :(

I haven't said much about the Olympics, because I still don't think it's safe enough to be holding them.

Also, I worry for them, because the political climate is so bad, not only here in America, but worldwide, that not only is there extra anti-American sentiment, but America itself is so divided that it's not supporting/cheering for our athletes.

Plus, to be honest, I was really just sick-to-death of all of the over-nationalism crap going on in America.

Then, however - Simone Biles just pulled out of the Olympics.

Simone is the most decorated female gymnast in history, and the only female in history to ever successfully perform the Yurchenko double-pike on the vault.

Simone is largely regarded as the greatest female gymnast in history. However, last night, on her first vault, she shortened her signature Yurchenko double-pike (previously only performed by men) to a 1-1/2 twist instead of 2/12 twists, putting her team behind, then pulled out of the Olympics.

As of the time that this was written, it's unclear if she pulled out because of injury or because she felt she would bring down the team with her performance.

Shortly before the event, she gave an interview that said, "It feels like the weight of the world is on my shoulders."

Then four-time Grand Slam winner, Naomi Osaka was eliminated in the third round and didn't medal. 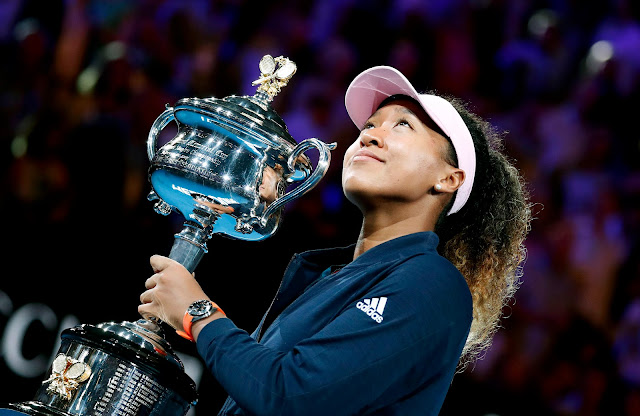 To be fair, though our U.S. basketball team was comprised some of our best ...

... but not THE best basketball players in America, because Lebron James, Steph Curry, James Hardin, and Anthony Davis (*fellow University of Kentucky grad* :) weren't on it due to COVID risk. 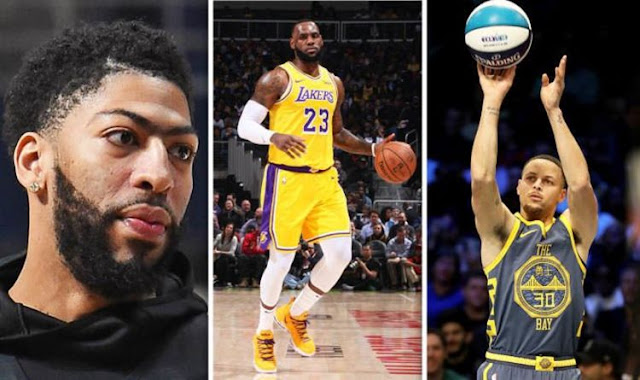 It was then that I realized I needed an attitude adjustment - bcause all of these athletes have been proven repeatedly, until now, to be the best in the world - so something is different and wrong, there's an unknown variable - and it's not JUST COVID.

We also can't help but notice that all of these athletes are people of color - and we know it's not ability or weakness, because they're multi-time prior Olympic-gold winners or world medal winners, sometimes despite injury.

Now, wee know that Simone and Naomi have mentioned struggling with increasing anxiety, as well as encountering increasing racism the past few years.

We also know that both the opening ceremony's composer and director were both fired for bullying people with disabilities and racist commentary.

It's too easy for us to say to our athletes of color:  "Look to the past, people like Tommie Smith and John Carlos in 1968, who overcame these obstacles ..." 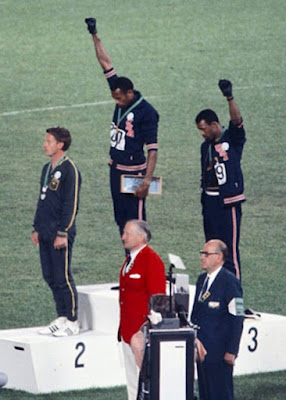 Yes, but here's the difference.

Though true that racism was worse in general, the country itself wasn't as divided.  Our country is more divided than ever before, blaming people of color for problems, recently led by a president who repeatedly engaged in thinly-veiled arguments that white supremacists have always given.

Plus many people, like myself, have found it hard to rally around the Olympics this year, due to both embarrassment for what America has become, plus don't even believe we should be having them yet due to COVID.

My theory is that support for them is at an all-time low due to political reasons (perceived over-nationalism or race) and COVID, at a time when they need our support the most, because NONE of that is their fault.

Our athletes need our encouragement and support, right now, more than ever - all of our athletes in general -  and especially our athletes of color.
Because none of this stuff - COVID or politics -  is their fault.
In fact, though there's less risk of loss of life, I'm reminded of the way Vietnam soldiers were treated upon their return to America, when none of those decisions were their fault, either, they were just trying to serve their country and do their best - only in this case, even their own teammates/brothers-in-arms may not have their backs.

So we need to make a choice.
Trumpers?
Choose between your increasing hatred/blame of race or supporting our U.S. athletes and winning at the Olympics, -because your hatred is affecting our teams' performances.
Fellow Liberals and Sane Republicans?
Choose between your disgust for recent over-nationalism and supporting our athletes - because your lack of enthusiasm and support for them is also affecting our teams' performance.
And let's love them unconditionally, even when they stumble or lose - because that's when they need your support more than ever - let's show the world how kind many Americans can be :)

Thus, a love letter and letter of apology, to all of our U.S. athletes, and to Simone and Naomi especially.

I'm sorry we haven't been there for you, like we have in times past - but none of this is your fault.

In a way, I view you now like soldiers, whom people often don't support due to reasons for wars themselves - only unlike soldiers, sometimes even your own teammates don't have your backs :(

This Olympics is weird due to COVID - and the toxic political climate is weird.

I, too, struggle with anxiety - you are not alone.  It can be crippling.  Add onto that the toxic political environment and lack of support you're getting, even from your own teammates and other U.S. Olympic athletes, and I can't even imagine what life must be like for you, but I get it.

You have nothing to prove, you've already proven it - so let people say whatever - because not a single one of them could ever do what you do, and have done repeatedly, on your best day :)

Much love to you both, and to ALL our U.S. athletes - and we're still SO proud of you!

I'm so sorry we haven't been there for you, like we usually are and should :(